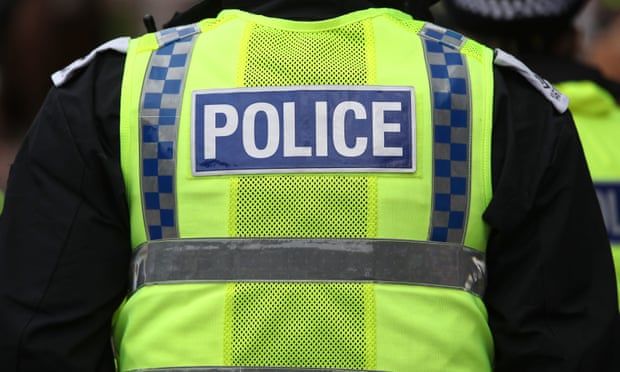 Racism cited as factor in police strip search of girl, 15, at London school

Black child’s ordeal, which involved exposure of intimate body parts, took place without parental consent, review finds
A black child was subjected by police to a strip search at her London school that involved exposure of intimate body parts, according to an official investigation which found racism was likely to have been an “influencing factor” in the officers’ actions.

No appropriate adult was present during the 15-year-old girl’s ordeal, described by a senior local authority figure as “humiliating, traumatising and utterly shocking” and which took place without parental consent and in the knowledge that she was menstruating.

Details of her treatment in her secondary school’s medical room have emerged in a child safeguarding review initiated by Hackney council after the incident in December 2020.

The child was made to bend over, spread her legs and use her hands to spread her buttocks while coughing, and she is now in therapy and self-harming, according to family members’ statements to the inquiry.

The damning report said: “Having considered the context of the incident, the views of those engaged in the review and the impact felt by Child Q and her family, racism (whether deliberate or not) was likely to have been an influencing factor in the decision to undertake a strip search.”

The report emphasised the importance of the question of whether the child was treated differently because she was black, adding this line of inquiry had been starkly reflected in several events that took place around the same time.

“Significantly, some six months prior, George Floyd was tragically killed in the USA and there were repercussions around the globe, including in the UK,” it said.

Police were called by teachers who told the review that they believed she was smelling strongly of cannabis and suspected she was carrying drugs, but none were found during the subsequent search.

The school was visited by four officers including two women who carried out the search of the girl – referred to in the report as ‘Child Q’ – while teachers remained outside the room and her mother was not contacted.

“Someone walked into the school, where I was supposed to feel safe, took me away from the people who were supposed to protect me and stripped me naked, while on my period,” the girl said in a statement, adding that she did not know if she would “ever feel normal again”.

The Metropolitan police on Tuesday said they apologised for what a senior officer described as the child’s “truly regrettable” treatment, which has been the subject of a separate Independent Office for Police Conduct (IOPC) investigation, whose report is nearing completion.

But senior members of the local council furiously criticised the force in the wake of the review, which concluded that Child Q should never have been strip searched, and found there was an absence of a “safeguarding-first” approach from many of the professionals involved.

One of eight findings includes school staff deferring to the authority of the police on their arrival at school. It added: “They should have been more challenging to the police, seeking clarity about the actions they intended to take.”

Anntoinette Bramble, Hackney’s deputy mayor and cabinet member for children’s services, and the mayor of Hackney, Philip Glanville, said: “All aspects of this review have appalled us: the decision by police officers to strip search a child in her school; the lack of challenge by the school toward police; the absence of requirements of police to seek parental consent in the strip search of a child.

“But most stark: that racism is likely to have been an ‘influencing factor’ in the decision by police to undertake the strip search.”

They added that the child’s ordeal had been exacerbated by the fact the strip search had been carried out at school “a place where the child had an expectation of safety, security and care. Instead, she was let down by those who were meant to protect her.”

The child’s mother said in statements provided for the review that her daughter had been searched by the police and was asked to go back into an exam without any teacher asking her about how she felt, knowing what she had just gone through.

“Their position in the school is being part of the safeguarding team, but they were not acting as if they were a part of that team. This makes me sick – the fact that my child had to take her sanitary towel off and put the same dirty towel back on because they would not allow her to use the restroom to clean herself.”

The child’s maternal aunt said her niece had turned from a “a happy go lucky girl” to a “timid recluse” who hardly spoke to her. She was now so traumatised that she was self-harming and required therapy.

In a letter, the aunt added: “The family do not believe that the officers would have treated a Caucasian girl child who was on her monthly periods in the same way.”

Those who carried out the review were in agreement, concluding that racism was likely to have been an “influencing factor” in the strip search, and that the child had been subjected to “adultification” bias – where black and global majority children are held to adult standards, but their white peers are less likely to be.

In a statement released by the Metropolitan police, the force identified the girl as a 15-year-old and said that the search had been conducted after her bag and outer clothing had already been searched by staff at the school prior to police arrival.

The search took place in the same part of London where the Met apologised in January and paid compensation to an academic for “sexist, derogatory and unacceptable language” used by officers about her when she was strip searched.
Add Comment