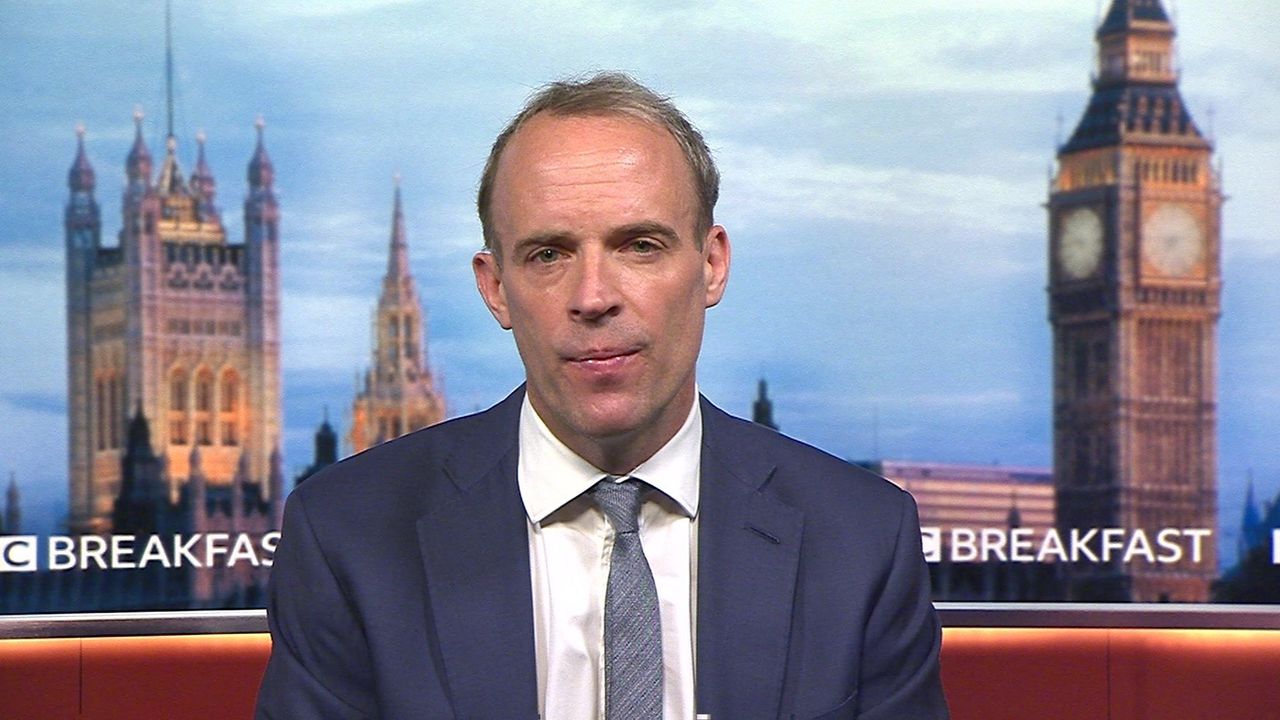 Raab: With hindsight I wouldn't have gone on holiday

The foreign secretary says he was focused on Afghanistan, despite being abroad when Kabul fell.

Foreign Secretary Dominic Raab has said that "with hindsight" he not would not have gone on holiday to Crete, following criticism that he was away when the Taliban took over Afghanistan.

Speaking to BBC Breakfast, Mr Raab said he was focused on the situation in Afghanistan, despite being away, and that "the whole world, including the Taliban, was caught unaware by the scale and the pace of the fall of Kabul".