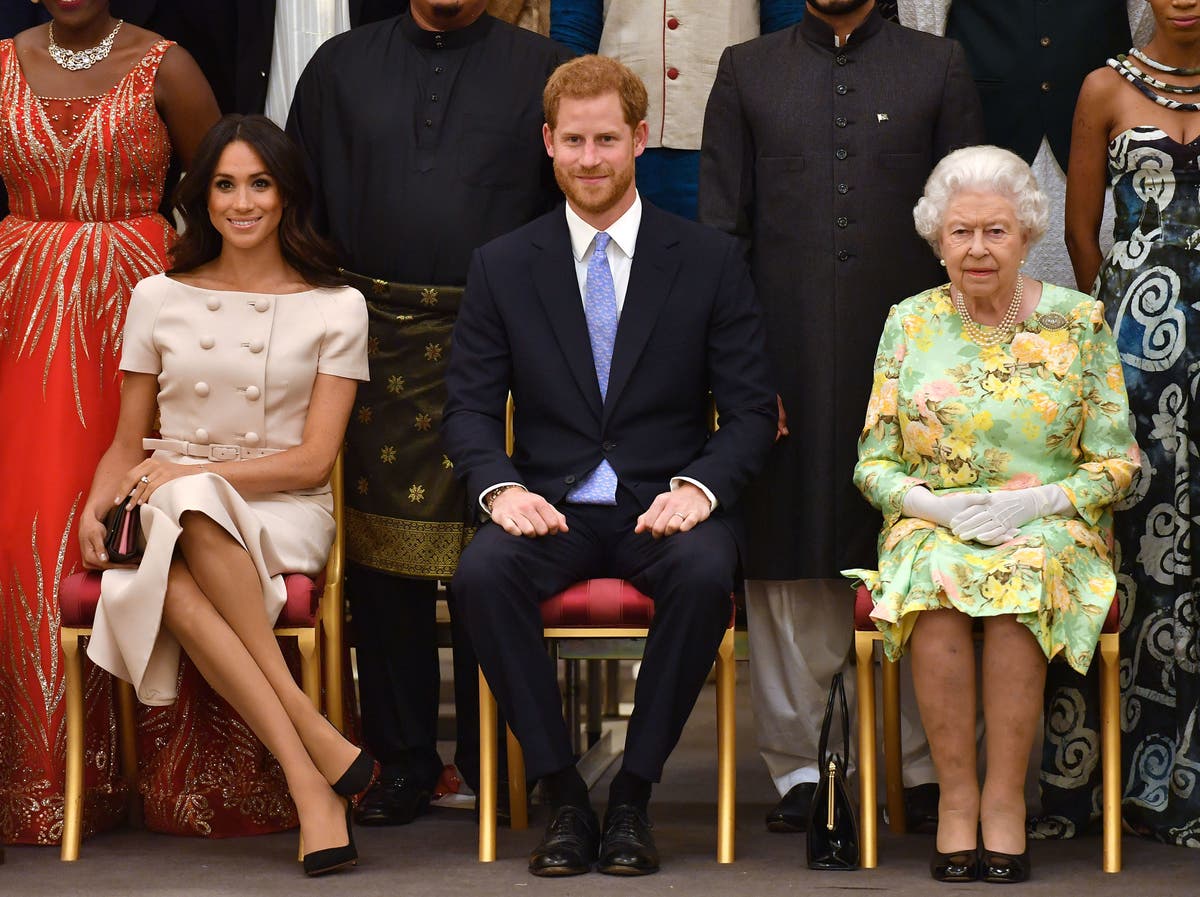 Queen ‘will not watch’ Harry and Meghan Oprah interview

Harry and Meghan’s televised conversation with the famous talk show host will air in the US on Sunday and in the UK on Monday.

The Queen will “ignore” the Duke and Duchess of Sussex’s much-anticipated interview with Oprah Winfrey it has been reported.

Harry and Meghan’s televised conversation with the famous talk show host, which has fuelled tensions within the monarchy, will air in the US on Sunday night before being broadcast on ITV on Monday.

The Sunday Times reported the monarch will not watch the programme and is instead focusing on national issues, while the paper said royal courtiers have branded the interview a “circus”.

Meanwhile, the Sunday Express reported that The Queen’s mind is “only on duty and Philip”. 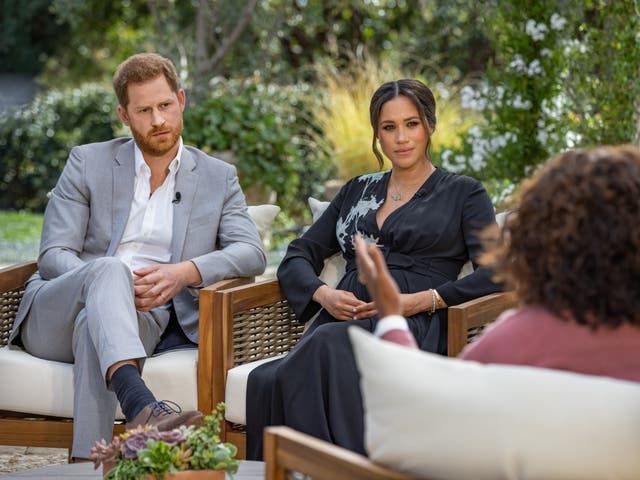 In extracts of the Oprah Winfrey interview released over the last few days, Meghan has criticised the constraints she faced as a working royal, and said it was “liberating” to be able to “say yes” to a request for an interview with the US chat show host.

She accused The Firm – as the royal family is sometimes known – of “perpetuating falsehoods” about her and Harry.

The Sunday Times reported royal advisers are “prepared to retaliate with fresh disclosures about the couple’s behaviour if the monarchy is attacked.”

Several members of the royal family will appear in their own television special, just hours before Harry and Meghan, on a BBC One programme on Sunday evening.

The Queen, the Prince of Wales, the Duchess of Cornwall and the Countess of Wessex – will appear in the pre-recorded show called A Celebration For Commonwealth Day, which is marked on Monday.

The Duke and Duchess of Cambridge will chat in a video call with Dr Zolelwa Sifumba, from South Africa, an advocate for the rights of healthcare workers on the front line, while the Prince of Wales will pay tribute to the “extraordinary determination, courage and creativity” of the Commonwealth’s people during the Covid crisis in a speech from Westminster Abbey.

It was at Westminster Abbey’s Commonwealth Day service in March last year when the Sussexes were last seen with their family, sitting close to the Queen, Charles, Camilla and William and Kate. 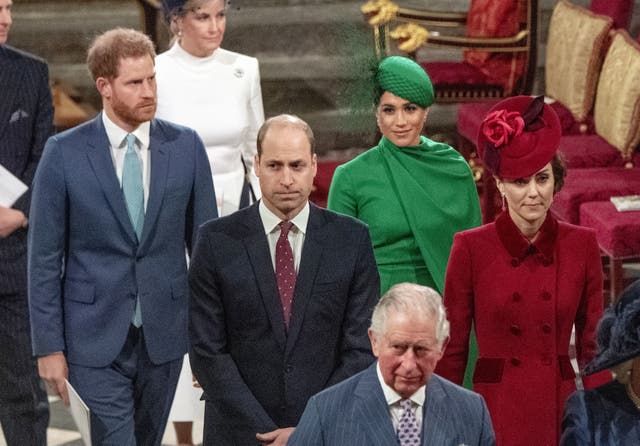 Duke and Duchess of Sussex concerns

A few months before that they had sent shockwaves through the monarchy by announcing they would be stepping down as working royals.

Buckingham Palace could also question the Duchess of Cambridge in its inquiry into bullying allegations made against Meghan, according to the Sunday Mirror, which claimed aides will name Kate as a witness.

Meghan is facing accusations that she drove out two personal assistants and that staff were “humiliated” on several occasions, with The Sun reporting the probe will focus on the Sussexes’ tour of Australia in 2018.

Past and present employees have been invited to speak in confidence about their experiences of working for the duchess, who responded by saying she was “saddened by this latest attack on her character”.

The Duke of Edinburgh, 99, remains at the private King Edward VII’s Hospital in London, where he was moved back to on Friday following a successful procedure on a pre-existing heart condition at St Bartholomew’s Hospital in the City of London on Wednesday.

The duke, the nation’s longest-serving consort, has spent 19 nights in hospital – his longest ever stay.

The Sussexes have faced calls for the broadcast on Sunday to be postponed out of respect for Philip.