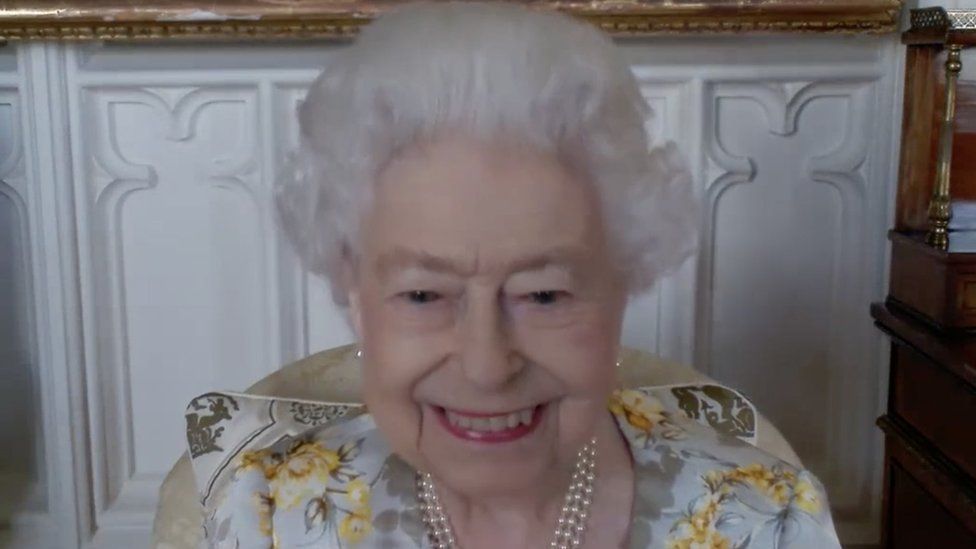 The Queen has revealed Covid left her "very tired and exhausted" after she caught the virus earlier this year.

The monarch, 95, was taking part in a virtual hospital visit when she described her experience to a former virus patient, whose father and brother died with the illness.

The call to the Royal London Hospital last week marked the official opening of its Queen Elizabeth Unit.

Buckingham Palace said in February that the monarch had coronavirus.

She was said to be suffering "mild cold-like symptoms" at the time.

During her video call to the hospital, the Queen said: "It [Covid] does leave one very tired and exhausted, doesn't it?"

Speaking to former Covid patient Asef Hussain and his wife Shamina, she added: "This horrible pandemic. It's not a nice result."

Mr Hussain was the third member of his family to be admitted to hospital with the virus in December 2020. While he was there, his brother and father died.

After spending seven weeks on a ventilator, he is still recovering and uses a portable oxygen machine.

Mrs Hussain told the Queen that at one point 500 friends and family from across the world were on a Zoom call praying for her husband. The monarch asked the couple: "So you have a large family, or a large influence on people?"

And referring to the restrictions on people visiting loved ones being treated in hospital at the time, the Queen - patron of the hospital - said: "Of course not being able to see your relative was very hard." 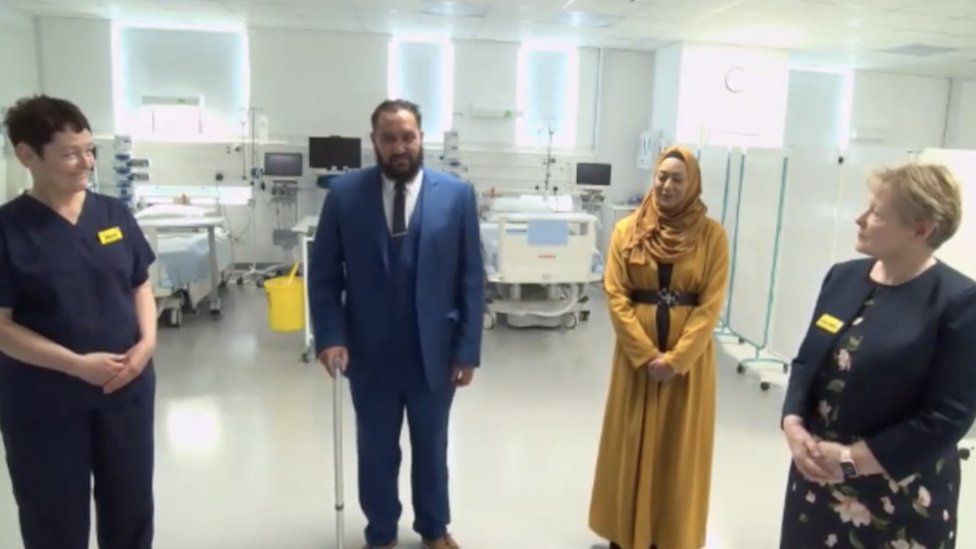 The Queen heard how hospital staff coped with the huge influx of Covid patients.

Mireia Lopez Rey Ferrer, a senior sister who has worked at the hospital in Whitechapel, east London, since 2008, told the Queen: "As nurses, we made sure that they were not alone.

"We held their hands, we wiped their tears and we provided comfort. It felt at times that we were running a marathon with no finish line."

She added: "I look back to the last 18 months with great pride, pride not only in the care we provided to each and every single patient that was in one of our hospital beds, but pride in each member of staff that every day left their families at home despite their fears and worries and they came to work." 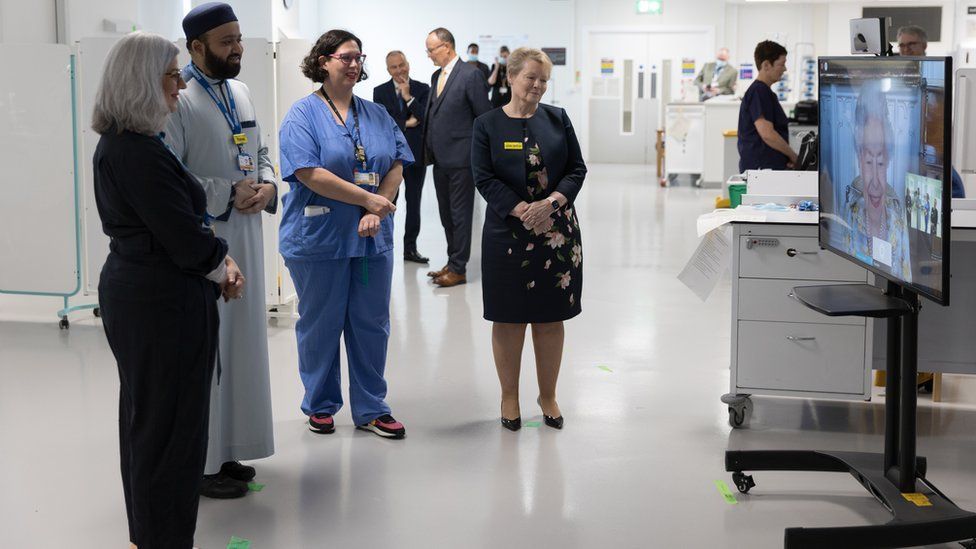 About 800 people from across north-east London have so far been treated at the 155-bed Queen Elizabeth Unit. It was built in five weeks to meet the demand for Covid patients, instead of the normal time period of five months.

At the end of the call, the Queen spoke to the construction team who created the unit, which is on two floors of the hospital.

She told them: "It is very interesting, isn't it, when there is some very vital thing, how everybody works together and pulls together - marvellous isn't it?"

When the team hailed the "Dunkirk spirit" that inspired them, the monarch replied: "Thank goodness it still exists."