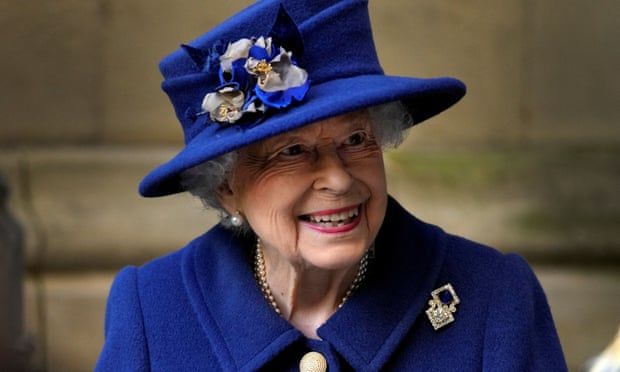 Monarch, who recently recovered from Covid, ‘will continue with other planned engagements’

The Queen will not attend the annual Commonwealth Day service at Westminster Abbey on Monday, Buckingham Palace has confirmed.

The 95-year-old monarch, who is the head of the Commonwealth, had hoped to join the Prince of Wales, the Duchess of Cornwall and the Duke and Duchess of Cambridge at the event, after recently recovering from Covid-19.

A Buckingham Palace spokesperson said: “After discussing the arrangements with the royal household, the Queen has asked the Prince of Wales to represent Her Majesty at the Commonwealth service at Westminster Abbey on Monday.

“The Queen will continue with other planned engagements, including in-person audiences, in the week ahead.”

It is thought the decision was not due to any illness, but to discussions about the comfort of getting the Queen to and from the service.

She will instead send a video message to the congregation. The celebration is a favourite of the monarch, with music, poetry and speeches performed in an ode to the “family of nations”.

Guests will also include Boris Johnson, Commonwealth secretary-general Lady Scotland, high commissioners, ambassadors, senior politicians and dignitaries from across the UK and Commonwealth, faith leaders and more than 600 schoolchildren and young people.

The palace confirmed that the Duke and Duchess of Gloucester would not be attending the service, as the Duke had tested positive for coronavirus.

The news comes days after it was announced that the Queen will be moving out of Buckingham Palace and into her residence in Windsor Castle for the foreseeable future. She had been undertaking “light duties”, the palace said, since a bout of ill-health, though was not currently ill.

However, she is known to have suffered from mobility issues. The monarch regularly uses a walking stick and recently spoke about her physical health, telling two senior military officers who asked how she was during a Windsor Castle reception: “Well, as you can see, I can’t move.”

Instead, she is thought to be pacing herself before her 96th birthday celebrations in six weeks.

The Queen last cancelled an appearance at the Commonwealth Day service nine years ago in 2013, when she was recovering from a bout of gastroenteritis. Before that, she hadn’t missed a single service for 20 years, the last occasion being when she caught flu in 1993.

The Queen returned to in-person events on Monday, when she welcomed Canada’s prime minister, Justin Trudeau, to Windsor Castle. She was pictured sharing a joke with the politician at the start of their meeting – and was using a walking stick.

Prior to her Covid infection, her last public in-person meeting was on 5 February, when she hosted a reception at her home in Sandringham to celebrate her platinum jubilee.

Meanwhile, a spokesperson for Prince Harry has confirmed he will not return to the UK for Prince Philip’s memorial service on 29 March.

However, the Duke of Sussex did hope to visit his grandmother the Queen soon, the spokesperson said.

In February, the Duke launched legal action against the Home Office for denying his family access to police protection when they visit the country. He was last in Britain in the summer of 2021, to unveil a statue of his mother, Diana, Princess of Wales, at Kensington Palace.

On the same trip his security was compromised when his car was chased by paparazzi photographers as he left a charity event.

A legal representative of the Duke said that he feels his family are “unable to return home because it is too dangerous”.