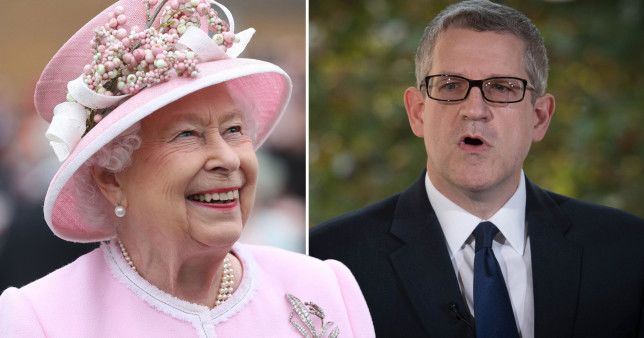 The Queen has appointed the former head of MI5 as the top official in her royal household.

Andrew Parker, Baron Parker of Minsmere, 59, who served as Director-General of MI5 until last year, will ensure the smooth running of departments.

Baron Parker first joined MI5 as a career intelligence office in 1983. He became Deputy Director-General in 2007 after leading the Security Service’s response to the July 7 London terrorist attacks and the 2006 transatlantic aircraft plot.

The Queen praised intelligence officers for the ‘tireless work you do to keep our country safe’ in her first visit to MI5’s headquarters in central London in February last year.

After retiring in April, Baron Parker warned the pandemic could force ministers to ‘adjust the dials’ on public spending, potentially taking money away from areas like intelligence agencies in the future. 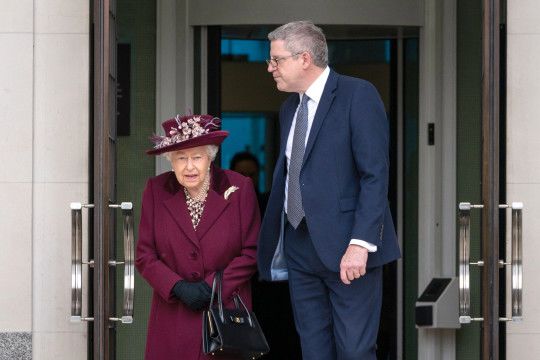 Queen Elizabeth II with the then head of MI5, Andrew Parker, Baron Parker of Minsmere, who has been appointed as Lord Chamberlain

However, he said MI5 is able to continue its work during the lockdown, adding that potential threats to the UK are also subject to the restrictions.

Earl Peel was due to retire at the end of 2020 but extended his notice period as his successor was searched for amid the pandemic.

The Lord Chamberlain oversees all senior appointments in the household, is the channel of communication between the sovereign and the House of Lords and ensures co-ordination between Buckingham Palace and Clarence House.

The position dates from the Middle Ages, when the King’s Chamberlain often acted as the king’s spokesman in council and parliament.

On ceremonial occasions, the Lord Chamberlain carries a white staff and a gold key, the symbols of his office.