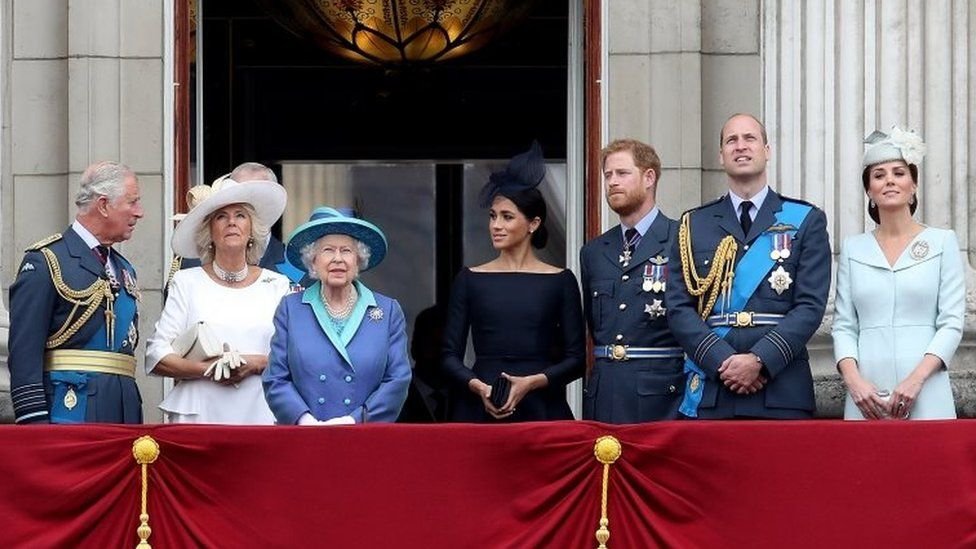 Queen and Prince Harry to hold talks over Sussexes' future

The Queen and the Duke of Sussex are to hold talks at Sandringham on Monday to discuss the future roles of Prince Harry and the Duchess of Sussex.
Palace officials have also told the BBC the Prince of Wales and the Duke of Cambridge are expected to attend the meeting.

The Sussexes say they plan to step back as senior members of the royal family.

There is no suggestion that a conclusion will be reached at the meeting.

But the BBC's royal correspondent Jonny Dymond says it is hoped that the talks will produce a "next step" on the way to defining the couple's new relationship with the Royal Family - in line with the Queen's wish to find a solution within days.

He added that there were still "formidable obstacles" to overcome in the talks.

Monday's gathering at the Queen's estate in Norfolk follows several meetings and consultations in the wake of the couple's announcement earlier this week.

Posted on their Instagram page, Prince Harry and Meghan said they intended to "step back" as senior members of the Royal Family and work to become financially independent.

The Queen, Prince Charles, William and Harry are expected to review a range of possibilities for the Sussexes, taking into account the plans outlined by Prince Harry and Meghan.

If a deal is agreed in the coming days, there is a general understanding that it will take some time to implement.

Meghan returned to Canada to join her son Archie amid the ongoing talks, which have involved the UK and Canadian governments.

She and Prince Harry had been in Canada over Christmas, before they returned to the UK on Tuesday after a six-week break from royal duties.

Pictures were posted showing the couple during a private visit on Tuesday to a community kitchen in north Kensington, west London, where meals were cooked for families displaced by the Grenfell Tower fire.

In their announcement on Wednesday evening, Prince Harry and Meghan revealed they plan to split their time between the UK and North America, while "continuing to honour our duty to the Queen, the Commonwealth, and our patronages".

The Royal Family was said to be "hurt" at the couple's announcement. It is understood the Queen was not consulted in advance of their decision.

Former actress Meghan, who is American, lived and worked in Toronto where she starred in the popular US drama Suits.

The couple were already preparing to launch their own Sussex Royal charity, which they set up after splitting from the Duke and Duchess of Cambridge's foundation in June last year.

It was revealed in December the couple had made an application to trademark their Sussex Royal brand across a string of items including books, calendars, clothing, charitable fundraising, education and social care services.
Add Comment