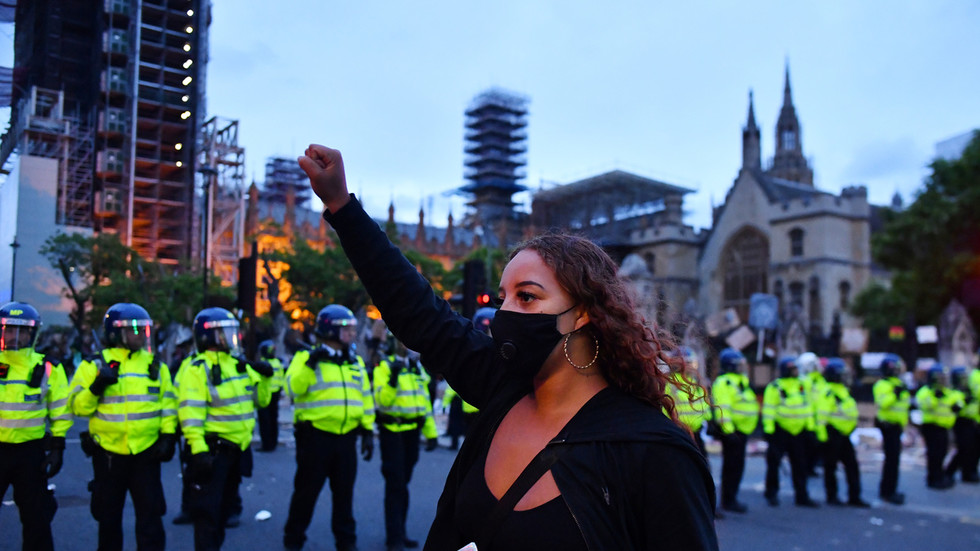 Quality vs quota? Outcry as Mayor Sadiq Khan tells London police that 40% of new hires must be BAME

London’s top cop has been told that 40 percent of new recruits must be from ethnic minority backgrounds as the city’s government looks to tackle allegations of racism and discrimination.

It is anticipated that Metropolitan Police Commissioner, Cressida Dick, will unveil the new race action plan on Friday.

The move is the result of long negotiations between the London Mayor, Sadiq Khan, and the Met police.

Khan tweeted: “There remains a great deal of work to do to unpick the conscious and unconscious bias and systemic racism that still exists in our public institutions and our society as a whole. Our Action Plan will introduce the biggest policing reforms seen in a generation.”

London's police are the best in the world, but we must do more to improve Black Londoners' trust and confidence in our police service, and ensure police powers don’t disproportionately impact them.

That's why @MetPoliceUK and I are taking action: 1/2 pic.twitter.com/9h5XIqwmjJ

London’s police force has the most BAME officers in the UK but still underrepresents the vast ethnic minority community in the British capital. Currently, 40 percent of London’s population is BAME, while only 15.4 percent of the Met’s officers are of BAME backgrounds.

In 2019, the Met’s head of human resources, Clare Davies, told reporters that “it would take over 100 years to be representative of London.”

While some people showed their support for the race action plan, the initiative has been condemned on Twitter.
Some slammed Khan’s scheme, with one user questioning whether it is a ‘form of racism’ itself and whether there could be a positive outcome.

Isn't this a form of racism itself? Affirmative action of some sorts? Don't need to look further than South Africa to see the outcome of that... @SadiqKhan @BorisJohnson

Another user was disappointed not to see employment offered on the basis on merit.

Not those with the right skills then. Just the right ethnicity. Something wrong with the met.

Some lamented the initiative, claiming that diversity always comes down to quotas and saying “Quality doesn't matter.”

Quality doesn’t matter. In the end diversity is all about quotas. https://t.co/MmoXs5OLDw

Many were keen to point out that more than 87% of the UK population is white despite a high BAME population in the capital and notably its Eastern districts.

Meanwhile, some praised the initiative. Labour Councilor Judith Garfield claimed that other cities should take note.

This level of investment in training and community engagement is unmatched - other cities should take notehttps://t.co/xQTJTuem3q

Previous attempts to introduce more diversity on the frontline of London’s police force have failed. The Met police saw a considerable drop in the number of BAME candidates applying to join the force and passing its competency-based questionnaire during its 2013 recruitment campaign.

The Met police have come under pressure in 2020, a year of protracted civil rights campaigning and mass Black Lives Matter protests following the death of George Floyd at the hands of US cops in May.

Protests were organized in at least 260 locations around Britain. A number of monuments linked to the UK’s colonial past were also targeted by the BLM protesters, and in some places, clashes broke out between protesters and right-wing groups who claimed they wanted to protect the statues.

A study by the Network for Police Monitoring (Netpol), a group that monitors public order policing, identified “excessive use of force and the disproportionate targeting of black protesters,” during BLM demonstrations in May and June.

London’s police force has frequently been the target of protests and campaigns, with demonstrators accusing officers of racial profiling. Reports show that black people are six times more likely than white people to be stopped by police when driving.