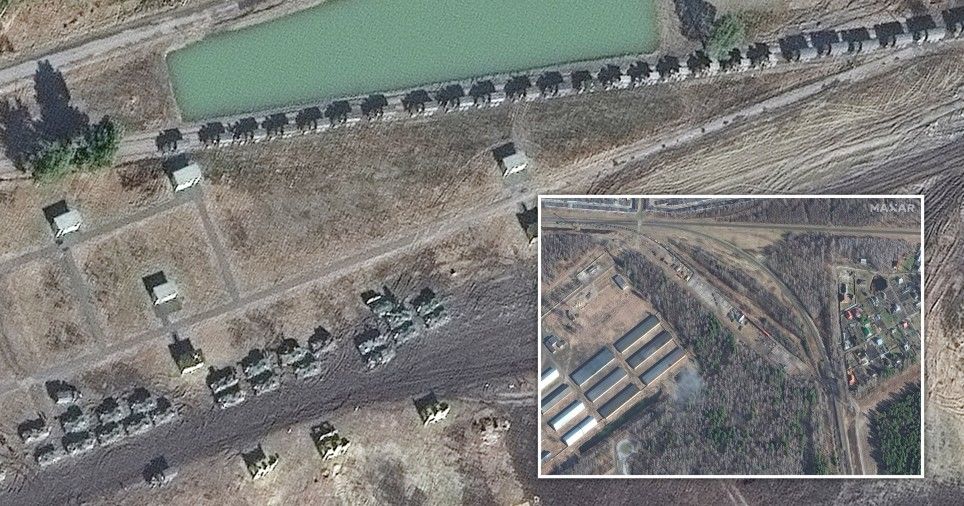 Vladimir Putin may push further into Eastern Europe after he takes over Ukraine, US Secretary of State Anthony Blinken has said.

The grim warning comes as satellite images show Russians soldiers and artillery building up in the Belarusian city of Brest – just 10 miles east of the Polish border.

Moscow is said to have assembled more than 50 heavy equipment transporters at a training area in near the city, according to Pentagon national security reporter Jack Detsch.

It has also added more equipment at a nearby railyard, the correspondent for Foreign Policy magazine added.

Exactly why Russia has amassed these troops is unclear, but Blinken fears Putin may have goals beyond Ukraine.

He told CBS Evening News: ‘You don’t need intelligence to tell you that that’s exactly what President Putin wants.

‘And short of that, he’d like to make sure that all of these countries are somehow neutral.’ 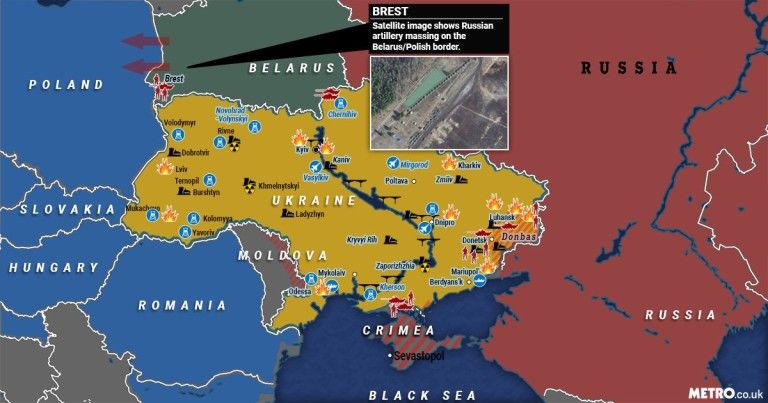 Attacks have been launched across Ukraine, while forces are amassing near the Belarus/Poland border 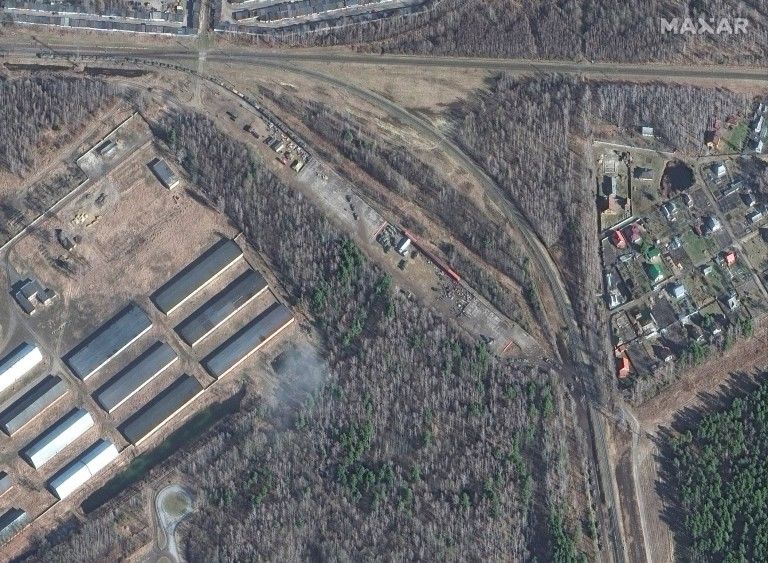 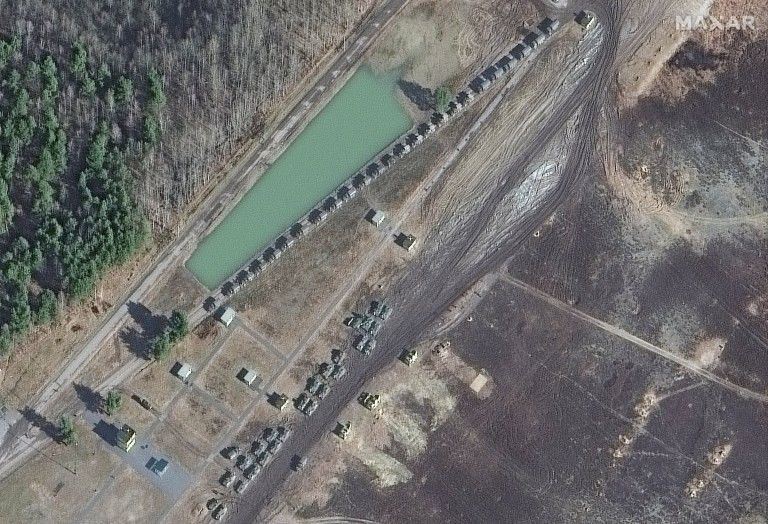 Moscow is said to have assembled more than 50 heavy equipment transporters at a training area in near the city
But Blinken said there is ‘something very powerful standing in the way’ of a Russian advancement across Europe.

He told ABC news that Article Five of NATO’s founding treaty would mean that an invasion of Poland, Slovakia, Hungary or Romania would automatically drag the US, UK, France, Canada and other members into conflict.

Blinken added: ‘An attack on one member of NATO is an attack on all members of NATO.

‘The president has been very clear that we will defend every inch of NATO territory.’

He said this would be the ‘most powerful deterrent’ against Putin stretching his forces beyond Ukraine.

Whatever happens, the top diplomat says he is ‘convinced’ that Putin is going to try and overthrow the Kyiv government.

The UK’s defence secretary, Ben Wallace, has suggested the Russian leader is ‘not rational’ and will try and dominate the Baltic states – which he doesn’t believe are ‘really countries’. 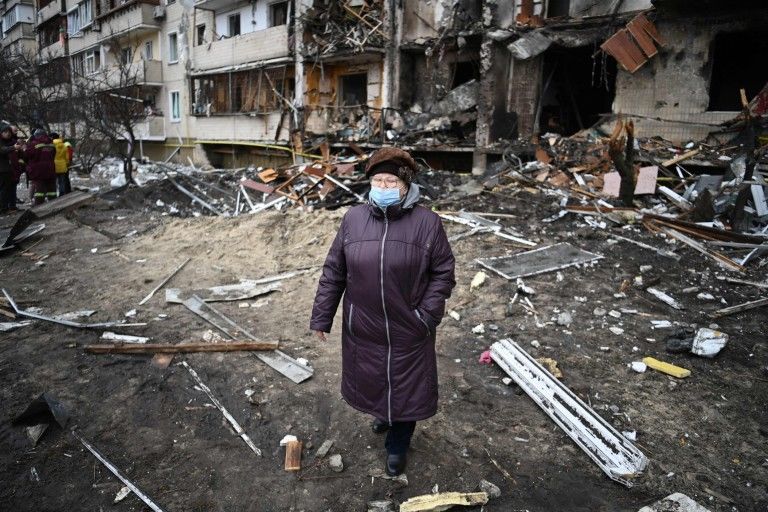 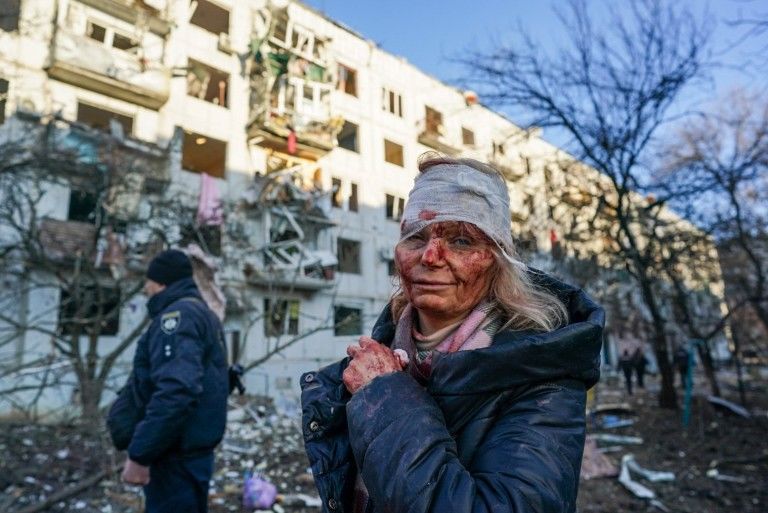 A woman is left badly wounded after an airstrike damaged an apartment complex in the city of Chuhuiv, Kharkiv Oblast

NATO countries, including the US and the UK, have stressed that they will not send troops into Ukraine, which is not a member of the alliance.

As it amassed as many as 190,000 troops along the Ukrainian border in a matter of weeks, Russia continually denied plans to invade.

But it demanded legal guarantees that Ukraine is never allowed to join NATO, as it feels the pact has expanded too far eastwards and poses a security threat.

While Ukraine has received reports from the alliance’s members and has contributed to NATO missions, it is not immediately close to joining.

First Ukraine would need to improve its political and legal systems and rid them of corruption.

The country has also faced fighting from pro-Moscow separatists since 2014 – meaning it is far too unstable to be considered for NATO any time soon.