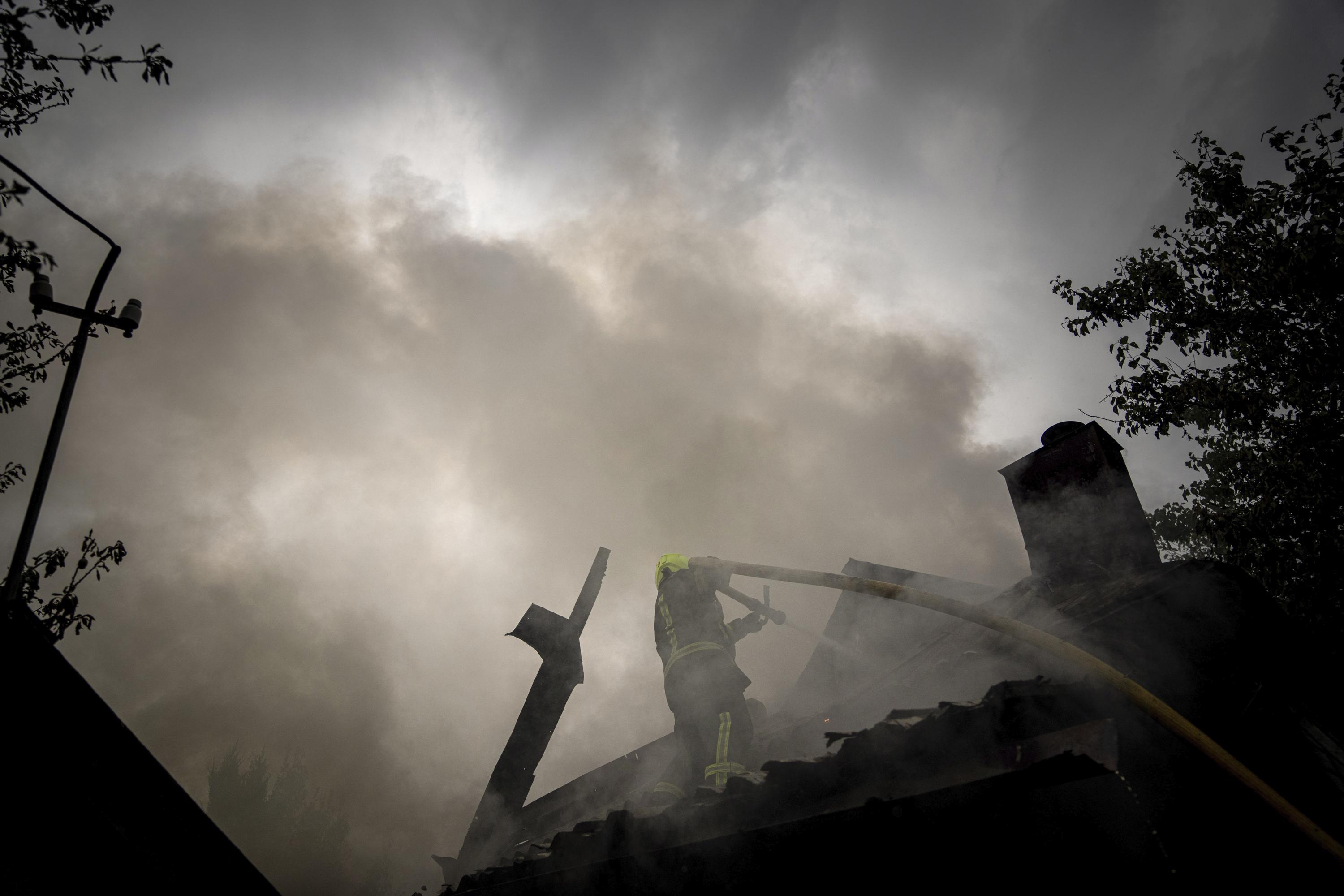 Until recently, only residents of Ukraine’s separatist eastern Donetsk and Luhansk regions, as well as residents of the southern Zaporizhzhia and the Kherson regions, large parts of which are now under Russian control, were eligible to apply for the simplified passport procedure.

Ukrainian Foreign Minister Dmytro Klueba said Putin’s signing of a passport decree, which also applies to stateless residents in Ukraine, was an example of his “predatory appetites.”

“Russia is using the simplified procedure for issuing passports to tighten the noose around the necks of residents of the temporarily occupied territories of our state, forcing them to participate in the criminal activities of the occupying administrations and the Russian army of aggression,” Ukraine’s Foreign Ministry added in a statement.

Between 2019, when the procedure was introduced for the residents of Donetsk and Luhansk, and this year, more than 720,000 people living in the rebel-held areas in the two regions — about 18% of the population — have received Russian passports.

In late May, three months after Russia invaded Ukraine, the fast-track procedure was also offered to residents of the Zaporizhzhia and Kherson regions.

The Russian passport move appears to be part of Putin’s political influence strategy, which has also involved introduction of the Russian ruble in occupied territory in Ukraine and could eventually result in the annexation of more Ukrainian territory into the Russian Federation. Russia already annexed Ukraine’s Crimean Peninsula in 2014.

The Russian president set the stage for such moves even before Russia’s Feb. 24 invasion of Ukraine, writing an essay last summer claiming that Russians and Ukrainians are one people and attempting to diminish the legitimacy of Ukraine as an independent nation. Reports have surfaced of Russian authorities confiscating Ukrainian passports from some citizens.

Russia’s Defense Ministry said the attacks struck at the points of deployment for Ukraine’s “nationalist battalions.” Kharkiv regional Gov. Oleh Syniehubov said on Telegram that the shelling came from multiple rocket launchers, and those wounded and hospitalized included children aged 4 and 16.

“Only civilian structures — a shopping center and houses of peaceful Kharkiv residents — came under the fire of the Russians. Several shells hit the yards of private houses. Garages and cars were also destroyed. Several fires broke out,” Syniehubov wrote.

Earlier, he said one missile destroyed a school, another hit a residential building, while the third landed near warehouse facilities.

“All (three were launched) exclusively on civilian objects. This is absolute terrorism!” Syniehubov said.

Kharkiv resident Alexander Peresolin said the attacks came without warning, with a blast so fierce he lost consciousness. Neighbors carried him to the basement, where he regained consciousness.

“I was sitting and talking to my wife,” he said. “I didn’t understand what happened.”

The strikes came two days after a Russian rocket attack struck apartment buildings in eastern Ukraine. The death toll in that attack on the town of Chasiv Yar rose to 31 on Monday. Nine people have been rescued from the rubble but more are still believed trapped, emergency officials said.

The attack late Saturday destroyed three buildings in a residential quarter used mostly by people who work in factories. Russia’s Defense Ministry insisted Monday that the Chasiv Yar target “was a Ukrainian territorial defense brigade, and that “more than 300 nationalists” were killed. The town is also the hometown of Ukraine’s president.

The Luhansk and Donetsk regions make up Ukraine’s eastern industrial heartland known as the Donbas, where separatist rebels have fought Ukrainian forces since 2014. Earlier this month, Russia captured the last major stronghold of Ukrainian resistance in Luhansk, the city of Lysychansk.

Ukrainian forces continued attacks on what they said are Russian ammunition depots, in a prelude to a possible counteroffensive to retake Russian-occupied territory.

Ukrainian officials said on social media late Monday that an ammunition depot in Novy Kakhovka, in the mostly Russia-occupied Kherson region, was destroyed.

Russia’s Tass news agency offered a different account, saying that the target was a mineral fertilizer storage facility that exploded and that a market, hospital and houses were damaged. Some of the ingredients in fertilizer can be used as ammunition.

Tass said there casualties, without providing an estimate, and claimed the weapon used in the strike was fired from a U.S-supplied multiple-launch High Mobility Artillery Rocket Systems, or HIMARS. Ukrainian officials didn’t comment on the type of weapon used.