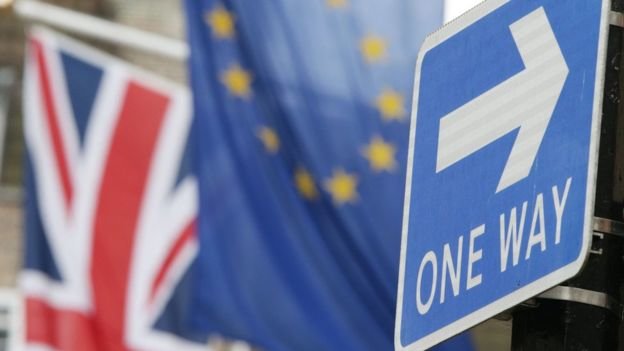 The row could have profound implications for the future of public health measures on food and alcohol. A brief summer-time consultation has brought responses, beyond that of the Scottish government, which are hostile to UK Business Secretary Alok Sharma's plans

The food processing industry and marketers of tobacco and alcohol have good reason to dislike devolved powers in the UK.

The Scottish government is keen to move next on food that is high in fat, sugar or salt, though it's paused that legislative process.

At campaign group Alcohol Focus Scotland, there's an ambitious list in the policy shopping basket: a ban on outdoor advertising, and on public transport and social media, an end to drinks company sponsorship of professional sports, music and culture, all backed up by an independent regulatory body.

It's the kind of thing the prime minister used to deride, in his days as a columnist, lambasting the "nanny state" for interfering in individual freedom.

Boris Johnson has changed his tune on obesity, after his brush with mortality in the Covid-19 ward. But his countryfolk in England remain more defiant than others in refusing to kow-tow to instructions on mask-wearing. Individual liberty runs deep in English veins. 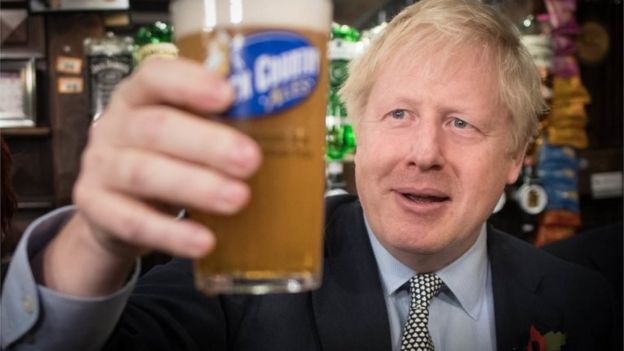 So what happens when these different approaches clash? Can the four parts of the UK go their own ways, and at a greater speed after Brexit and the removal of European legal constraints on such market interventions?

Probably not. European law has indeed provided constraints. Without it, the UK government is keen to ensure that divergence does not accelerate - not, at least, so far that it undermines efforts to strike new trade deals as it emerges as "global Britain".

That's at the heart of the proposed UK single market law. On July 16, Alok Sharma, the UK business secretary, issued a consultation paper, claiming this was merely, and innocuously, to ensure that trade remains seamless.

It seemed so innocuous and uncontroversial that the consultation was given less than a month, at the point of the year when people and organisations are least well placed to respond. That door is now closed.

The Welsh government was unimpressed, having had nothing to do with the plans in preparation. "Any new system must have independent oversight and dispute resolution," said a spokesman.

The white paper appears to assume that disputes won't be much of a problem, so no need to specify how they'll be handled.

But the Cardiff position is: "Any attempt to unilaterally impose a system will be deeply damaging."

In Northern Ireland, there's a different issue altogether, as the province is yet to find out how access across the border to the EU single market is to be squared with playing a full part within the UK one. 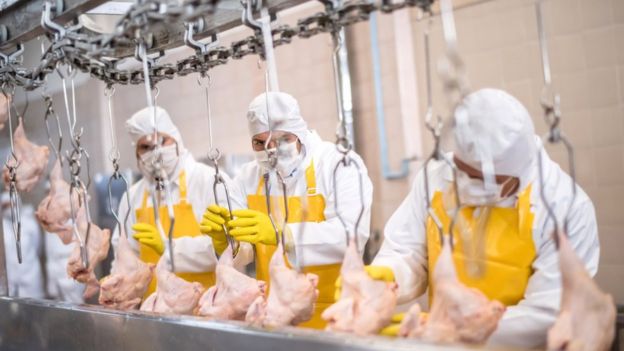 The Scottish government went much further, saying there was a "power grab". The claim is that policy areas that used to be handled jointly by Holyrood and Brussels would now be shared between Holyrood and Westminster - such as food standards and environmental controls.

To the UK government, the handing of powers from Brussels to Holyrood, as well as Cardiff Bay and Stormont is "a power surge".

But at the same time, it's cautious about opening up divergence within the UK that would make it hard to implement trade deals. If, for instance, Holyrood votes to ban genetically-modified food from Scottish shelves, that could be a stumbling block in trade talks with the US.

And the plan for a single market would require each part of the UK to accept anything that can be sold in another part. In other words, if England chooses to import goods that Scotland or Wales don't want to be publicly available, they'll have to accept them anyway - and vice versa.

The infamous chlorine-washed chicken is something the US wants to export to the UK (it's currently blocked under EU law) but on that, the UK government says it intends to keep a block on the import of food produced with lower animal welfare standards.

So far, so constitutional and politically predictable. The rest is stuff for trade wonks.

But it's not just about goods on the shelves. It's also about the way they're marketed.

Those organisations that campaign on food and drink take the side of the Scottish government, and see this as a worrying potential block on the changes they hope to secure at Holyrood.

It's not just Alcohol Focus Scotland, but an alliance of similar organisations around the UK. As the consultation closed, the Alcohol Health Alliance UK set out its objections to the plan.

They fear that Holyrood and Cardiff Bay will not be able to introduce diverging public health measures unless there is "a public, plant or animal health emergency".

"This would appear to set a very high bar for exceptions… leaving limited scope for protecting public health," says the alliance. "It would seem doubtful that long-term public health issues, such as alcohol misuse, would be considered a public health emergency".

It is common in most trade agreements, they say, for some exceptions to be available to all sides, to protect public health, as well as environmental standards and human rights. But the UK government plans offer no such wriggle room. 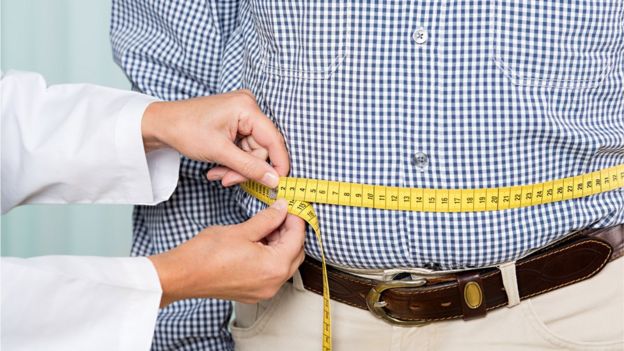 At least the minimum unit pricing for alcohol is a done deal, right?

Wrong, they say. There's a sunset clause in the legislation. Holyrood has to come back to back it affirmatively, and any rise in the price level set requires secondary legislation.

Alison Douglas, chief executive of Alcohol Focus Scotland, said: "Scotland has previously shown itself willing to take innovative action to protect public health. This White Paper appears to close the door to such action in future, in order to protect the UK internal market.

"Alcohol Focus Scotland believes these proposals place far too much weight on economic interests at the expense of public health. The equivalent EU internal market arrangements have enabled this balance to be struck for decades, but the UK proposals only allow exceptions in a public health 'emergency'."

Obesity Action Scotland has clearly been working alongside the alcohol campaign group, with a similar response to the single market plan.

It quotes Professor Nicola McEwan, a constitution expert at Edinburgh University, who wrote: "…if the Scottish Parliament decided to pass a law to limit the sugar content of goods produced in Scotland to tackle the problem of obesity, it could not impose those standards on goods coming into Scotland from other parts of the UK, nor could it prevent those goods from entering the Scottish market, provided these satisfy regulations set anywhere in the UK."

Food Standards Scotland is an independent body, set up by Holyrood statute, and now headed by Ross Finnie. Remember him? For eight years, he was the Liberal Democrat rural affairs minister.

He is also unimpressed, preferring to police food standards by four-country "frameworks" rather than Westminster legislation, and warning against the market being driven by price rather than quality or standards.

The UK government will have to move swiftly if this legislation is to be enacted by the end of 2020. The business department has not told me how many responses it received to this consultation, or when we can expect to hear its conclusions.