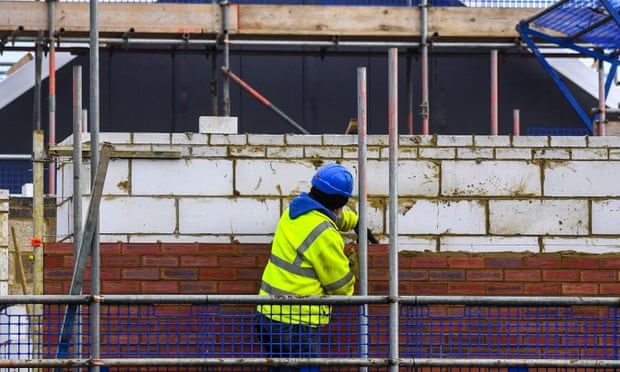 Labour’s analysis of declarations released by the Electoral Commission show the firms gave £891,984 to Tory central office and eight local associations – a sizeable chunk of the £6,418,295 the party reported receiving in the first three months of 2021.

It comes as the government prepares to launch sweeping changes to the planning system that Labour says will remove communities’ right to object to inappropriate individual developments in their area.

Ministers are aiming to centralise and accelerate the housebuilding process in England to help boost homeownership in areas across the north and Midlands, which have seen increased levels of Conservative support.

But opposition among Tory MPs has been well aired in advance of the planning bill being introduced to parliament, with the former prime minister Theresa May among the potential rebels who told the government to “think again”. Another backbencher, Bob Seely, said last month that the plan “threatens to give our opponents throughout England a rallying cry of ‘save local democracy from the Tories’”.

It has now been revealed that 36 donations from developers were made to the Conservatives in the first three months of this year.

Most sums were paid to Conservative central office, with the largest single donation made by Bloor Holdings Ltd, which gave £150,000 and has reportedly had an application to build 1,000 new homes at Sandleford Park in Berkshire “recovered” by the Ministry of Housing, Communities and Local Government, meaning it will be ruled on in Whitehall.

Local associations that received money directly include Witney – the constituency of the junior transport minister Robert Courts – as well as Tatton, Suffolk West and Enfield Southgate. There is no suggestion of any wrongdoing by the donors or the party.

Labour’s Steve Reed, the shadow communities and local government secretary, said the new figures were “yet more evidence of the cosy relationship between the Conservative party and property developers, who for their investment will be allowed to concrete over communities at will”.

He said the planning bill would “reward developers by gagging residents so they have no say over plans to bulldoze local neighbourhoods” and added: “The Conservatives are paying back developers by selling out communities. Labour will fight this developers’ charter so that communities have right to a fair hearing in planning decisions.”

The Lib Dems have also sought to use the controversial planning changes as fodder for attacking the Conservatives in the Chesham and Amersham byelection on 17 June. The frontbencher Layla Moran recently said the bill would “create a developer’s free-for-all across the Chilterns” and mean builders could soon be “riding roughshod over the views of local people”.

A Conservative party spokesperson said: “Government policy is in no way influenced by the donations the party receives – they are entirely separate.

“Donations to the Conservative party are properly and transparently declared to the Electoral Commission, published by them, and comply fully with the law. Fundraising is a legitimate part of the democratic process. The alternative is more taxpayer funding of political campaigning, which would mean less money for frontline services like schools, police and hospitals.”

The spokesperson added that “working with the housing industry is an essential part of getting new homes built and regenerating brownfield land”.
Add Comment