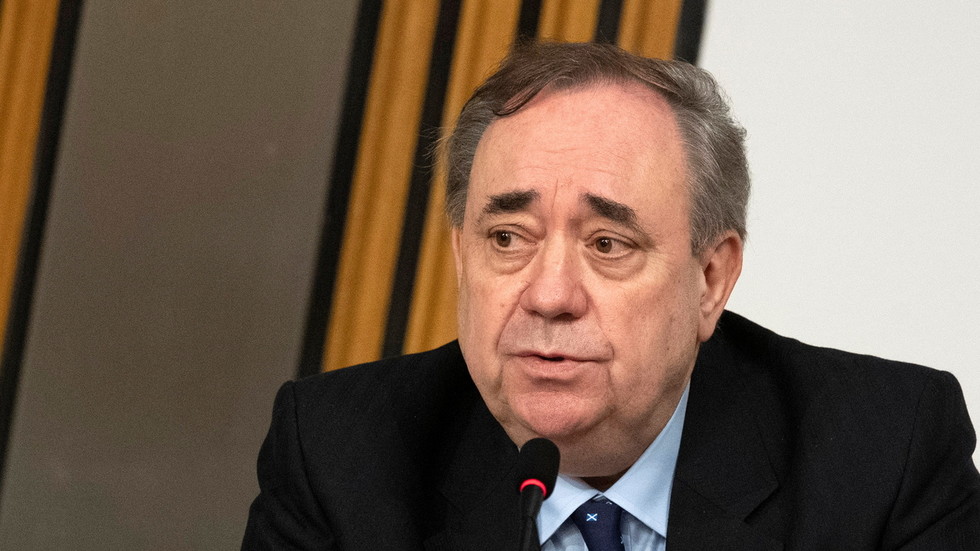 Scots are demanding the BBC’s Sarah Smith be held accountable after she claimed that former First Minister Alex Salmond said that current leader Nicola Sturgeon “should resign.” The only problem: Salmond said no such thing.

Former Scottish National Party leader and First Minister Alex Salmond appeared before a parliamentary inquiry on Friday, nearly a year after he was acquitted of serious sexual misconduct charges. Salmond told the inquiry that he had seen text messages implicating current First Minister Nicola Sturgeon in the case against him, and accused Sturgeon – his former protege – of pressuring police to investigate him, of pushing witnesses to testify against him, and of engaging in the “construction of evidence.”

Describing the day’s events to cameras outside Holyrood, the BBC’s Sarah Smith told viewers that Salmond had said Sturgeon had “broken the ministerial code,” and “should resign.”

Whether intentional or accidental, the quote was completely false. Salmond said that he believes Sturgeon broke the ministerial code, but followed that up by saying “it's not the case that every minister who breaks the ministerial code resigns,” and that it is “not for me” to decide whether she resigns or not.

Smith was soon bombarded with calls to resign, and accused of deliberately stoking the intra-party drama to weaken the Scottish National Party, and with it the cause for Scottish independence.

Smith apologized soon afterwards, claiming that she meant to describe Salmond as saying “I've got no doubt that Nicola has broken the ministerial code but it’s not for me to suggest what the consequences should be.” The BBC’s press team issued the same statement minutes later.

Twitter commenters weren’t buying it. Smith was accused of covering her backside in case regulators investigate her, and Scottish nationalists pointed out that the BBC reporter has misrepresented the words of Scottish politicians at least twice before.

The fiasco within the SNP comes as multiple opinion polls show a majority of the Scottish public supports independence from the UK. British Prime Minister Boris Johnson, however, has thrown cold water on any plans for a second independence referendum, calling the 2014 vote, in which independence was rejected by 55 to 45 percent, “a once in a generation event.”