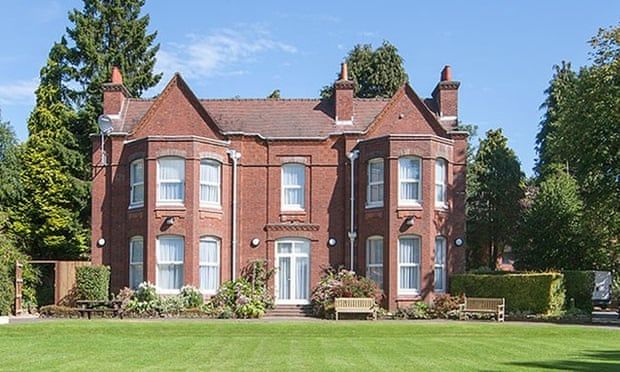 The Priory, Cygnet and Elysium have been censured at least 37 times for mistakes and lapses in care that were involved in the deaths of patients, including several children.

After hearing evidence in court, coroners or inquest juries have identified serious failings in the care given to 23 patients who died while being treated at a Priory hospital since 2012, 11 who were in a Cygnet facility and three who were residents in an Elysium unit.

They have found the same mistakes happening again and again at private units. Key failings have included staff not observing potentially suicidal patients properly, ignoring relatives’ concerns about the danger of suicide, and wrongly assessing that risk.

The Guardian disclosed on Sunday that the three firms earn more than half of the £2bn a year that the NHS in England now spends outsourcing mental health care because it has too few beds.

Deborah Coles, the director of the charity Inquest, which monitors the deaths of people while mental health inpatients, said: “The same basic failings are leading to preventable deaths of men, women and children. Persistent issues including with risk assessments, observations, ligature points and communication amongst staff or with families are costing lives.

“For years inspections, inquests and investigations have repeatedly exposed neglect and harmful practices. Yet the NHS continues to commission these providers, at significant public expense.”

In some cases the coroner has been so concerned by the evidence they have heard that they have issued a prevention of future deaths (PFD) notice – a legal warning to a public or private entity to make urgent changes to reduce the risk of someone else dying in the same circumstances.

On Monday Louise Hunt, the senior coroner for Birmingham, issued a PFD ordering the Priory to make a series of changes following the death in September 2020 of 23-year-old Matthew Caseby, who died after absconding over a fence at the back of its hospital in Birmingham. The Priory had taken no action despite a previous absconsion over the same fence in October 2019.

Hunt also advised the Department of Health and Social Care to bring in national guidelines for the height of perimeter fences and security in the outside areas of acute mental health units.

Last month an inquest jury found that 17-year-old Chelsea Blue Mooney had died in April 2021 “as a result of insufficient care, crucially inadequate observations and the delays in emergency response” at the Cygnet hospital in Sheffield.

Last November, at the inquest into the death in 2019 of 16-year-old Nadia Shah at the Potters Bar Clinic in Hertfordshire run by Elysium, the jury found it was due to “misadventure contributed to by the inadequate care at the Potters Bar Clinic”. They cited six specific flaws, including mistakes in observation and “a failure to adequately report observations to properly inform assessment of risk”.

It is unknown how many times NHS mental health trusts have been criticised by coroners or juries over the same period. However, in 2019 the Care Quality Commission, the NHS watchdog, said there was a “disparity in performance” on safety between private and NHS mental health units.

The Priory said that the figures for the 23 occasions on which it has been censured by a coroner or inquest were “misleading and presented without any context”. It added: “Priory, as the UK’s largest independent mental health provider, has safely and successfully treated tens of thousands of patients over the last 10 years, as a trusted partner to the NHS. Deaths are extremely rare.”

A Cygnet spokesperson said: “Any incident in which a service user has died is heartbreaking for everyone involved. Care for people with mental health conditions is challenging and our staff work incredibly hard to ensure the safety and wellbeing of those in our care.” Cygnet learns lessons from every death to prevent further fatalities, they added.

In a statement Elysium said: “Over the last six years, tragically a small number of deaths have occurred in our high acuity services and our thoughts remain with each affected family. On the occasions when inquests into these deaths have made important recommendations we have acted swiftly and decisively.”
Add Comment