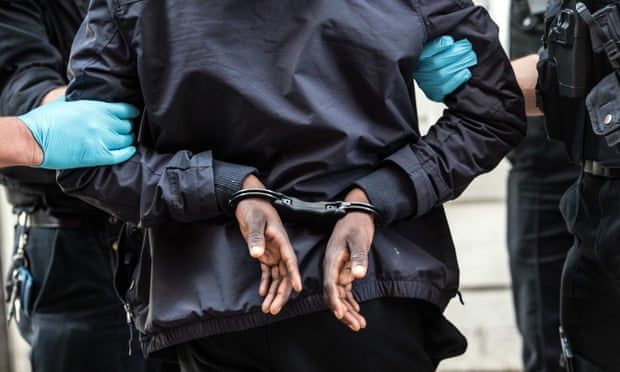 An equality impact assessment of stop and search options, commissioned by the Home Office, found that making it easier for the police to stop people may lead to more people from black, Asian and minority ethnic backgrounds being stopped.

The disclosure has angered one former race adviser to No 10, who said Patel’s decision would instil distrust in another generation of young black men.

Stop and search tactics are controversial because of concerns that they disproportionately affect black and minority ethnic communities, with campaign groups previously warning that relaxing the restrictions could compound discrimination.

In a letter to police forces earlier this month, the home secretary outlined the easing of conditions, enforced in 2014, on the use of the tactics under section 60 of the criminal justice and public order act.

Section 60 powers give officers the right to search people without reasonable grounds in an area where they expect serious violence, and to look for weapons before they can be used or for those used in a recent attack. The limitations were put in place in 2014 by the then home secretary, Theresa May.

The impact assessment paper, published on Tuesday but signed off in January, said: “Any increase in stop and search under s60 is likely to lead to more people from a minority background being searched.”

The 28-page assessment said that in 2020-21, based on self-defined ethnicity only, ethnic minority and black individuals were 3.5 and 7.0 times more likely to be searched under all stop and search powers than white individuals.

In 2014, May introduced thebest use of stop and search scheme (Busss) to curb the use of the tactic. It introduced five non-legislative and voluntary conditions on the police’s use of s60 powers, as part of a broader drive to reduce racial disparities and increase the effectiveness of stop and search.

The relaxation of these conditions was expected to lead to certain groups being more likely than others to be subject to all stop and search powers, the assessment said.

“It is reasonable to assume that a permanent decision to relax some or all the Busss conditions, which would be with a view to increased operational flexibility, could lead to a further increase in s60 searches and could, in turn, mean that disparities may continue or are exacerbated,” it said.

Earlier this month, Patel announced that the Home Office would extend the length of time the powers could be in force from 15 to 24 hours and that a section 60 could be extended to 48 hours, having previously been 39 hours. The rank at which officers can authorise the deployment of stop and search has been lowered from senior officer to inspector, and superintendents can extend the authorisation.

Authorising officers will now only need to anticipate that serious violence “may” rather than “will” occur, and they no longer need to communicate authorisations to communities in advance.

Commenting on Patel’s decision to go ahead with changes, Simon Woolley, the former chair of No 10’s race disparity unit under Theresa May, said: “It is deeply troubling that Priti Patel’s political posturing trumps effective policing – policing with consent – and will further alienate a generation of black youths who will continue to distrust the police.”

A Home Office spokesperson said the use of stop and search is a vital tactic that removed almost 16,000 dangerous weapons and resulted in almost 81,000 arrests last year.

She said: “Nobody should be stopped and searched because of their race or background but tragically, data shows that young black men are disproportionately more likely to be the victims of knife crime.

“More is being done in policing to ensure everyone is treated fairly and without prejudice.”
#Priti Patel
Add Comment