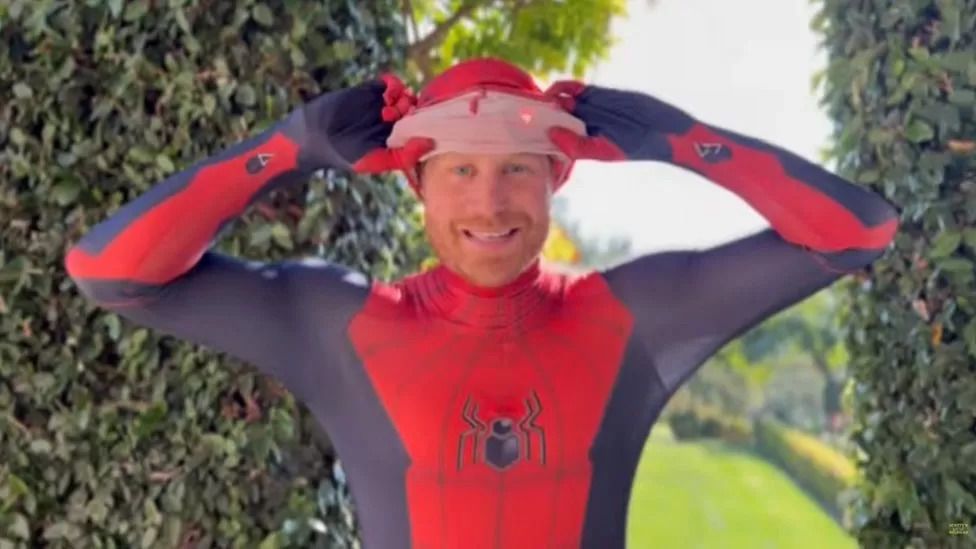 The Duke of Sussex appeared in a video dressed as Spider-Man for a bereaved military children's charity.
He lifted his mask to reveal his true identity at the end of a specially recorded message for youngsters at Scotty's Little Soldiers.

Prince Harry said: "Christmas is a time when we miss our loved ones really, really badly and that's OK."

The Duke, who was 12 when his mother Diana, Princess of Wales died in 1997, continued: "But at the same time, it can be possible to feel guilty for having fun without our parents.

"But I am here to assure you that our parents always want us to have fun, OK? So don't feel guilty.

"You are allowed to have the best time ever, especially with this Scotty's Little Soldiers community.

"Go out there, have the best time, and Merry Christmas."
The video message was played to members of Scotty's Little Soldiers at their annual Christmas party, where the theme was heroes and villains.

In 2019, Harry dressed up as Santa to deliver a video message to the charity's children, which was set up by Nikki Scott in 2010 after the death of her husband, Corporal Lee Scott, in Afghanistan the year before.

The charity was picked to benefit from donations marking Harry and Meghan's wedding in 2018.

Ms Scott said: "We love the fact that Prince Harry not only recorded such a special message but also dressed up as Spider-Man.

"It's incredible for everyone at Scotty's to have Prince Harry's continued support."
#Afghanistan
Add Comment