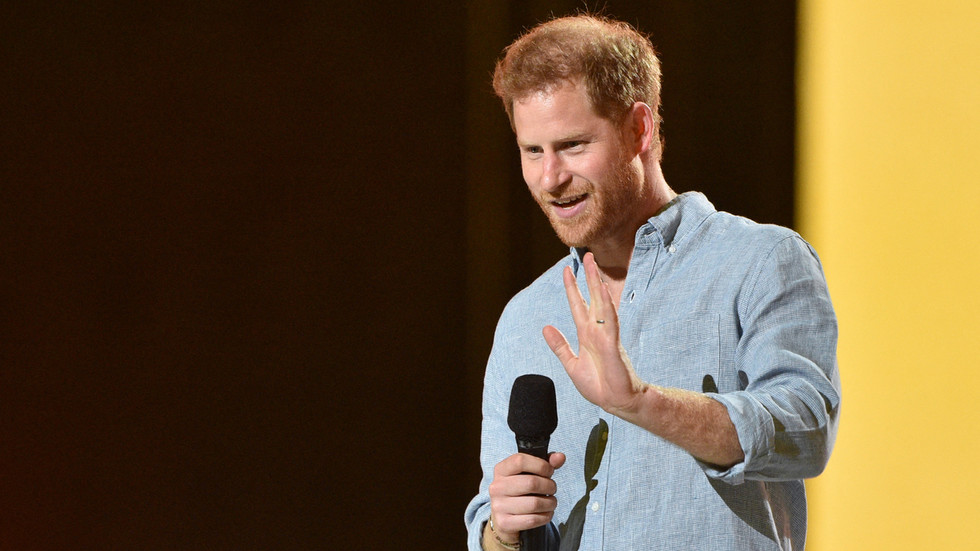 The Duke of Sussex showed an even greater lack of self-awareness than usual when he, as a direct descendent of King George III, blasted the founding document of his adopted home.

After causing plenty of controversy in his native UK by walking away from royal life, Prince Harry has now angered his new neighbors across the pond. While appearing on Dax Shepard and Monica Padman’s podcast “Armchair Expert,” the polarizing Duke labeled America’s First Amendment “bonkers.” And though many of Harry’s recent scandals have revolved around his wife, Meghan, the Duchess of Sussex, this latest transgression is one that’s fully his own.

When speaking with Shepard and Padman, Harry lamented the intrusive nature of the media. The Prince and Meghan may have painted their departure from the palace as an attempt to find privacy but, apparently, mansions in Los Angeles and interviews with Oprah have not offered any such reprieve from the public eye.

Harry’s frustration with the press is understandable considering not just his marriage, but also his late mother’s experiences. However, for some reason, Harry’s criticism soon turned not just to the paparazzi, but to the issue of free speech itself. He remarked:

“I don't want to start sort-of going down the First Amendment route because that's a huge subject and one in which I don't understand, because I've only been here a short period of time. But, you can find a loophole in anything. And you can capitalize or exploit what’s not said rather than uphold what is said. I’ve got so much I want to say about the First Amendment as I sort of understand it, but it is bonkers.”

The Prince’s statement raises several questions, including what, exactly, is so hard to understand about the First Amendment? Despite what progressive activists who support censorship and governors who seek to restrict church attendance argue, the First Amendment is inescapably clear:

"Congress shall make no law respecting an establishment of religion, or prohibiting the free exercise thereof; or abridging the freedom of speech, or of the press; or the right of the people peaceably to assemble, and to petition the Government for a redress of grievances."

Perhaps Harry’s confusion comes from the fact that in the UK, free speech is not a protected right, and horrifyingly, even “offensive” Facebook posts can lead to an arrest. But even so, if the First Amendment is such a complex issue, why is Harry so quick to call it “bonkers”?

Harry may not like the press attention he receives, but the implications of bringing up freedom of speech in regard to media coverage are concerning, to say the least. Was the Duke implicitly suggesting that it should be the government’s role to censor the press? Or does he believe that speech in general should be subject to censorship? In either case, if the Brit hopes to make America his new home, he should get used to the idea that it is not the government’s place, and especially not his place to dictate what outlets can and cannot publish.

After the interview was released, many on social media, especially conservatives, condemned Harry’s sentiments. The negative response from the likes of Ted Cruz, Dan Crenshaw, Candace Owens, and Meghan McCain (in addition to hundreds of other social media users) was enough to get the prince’s remarks trending on Twitter.

And even among British commentators, Piers Morgan – perhaps one of the most vocal critics of Meghan Markle – commented that “All that Americans will take away from Harry's outburst about the First Amendment is a posh, privileged British royal slamming their Constitution and their unalienable rights to freedom of speech and expression. It takes an extraordinary amount of entitled arrogance to mock the most revered building block of your adopted country's history."

Whether one agrees with Harry’s comments, it’s hard to deny that Morgan makes a pertinent observation. If the podcast interview was part of some PR effort to expose the Prince to American listeners, deriding one of America’s most valued principles was perhaps not the most strategic marketing move...

Harry’s blunder may seem like just another tabloid headline, but the implications for the Duke and Duchess’s careers might be more meaningful than many think. Since parting ways with royal responsibilities, the Sussexes have attempted to brand themselves as a lifestyle/media power couple. Multimillion dollar deals with Netflix and Spotify (again, a strange choice for those supposedly seeking privacy) have relied upon the couple’s mainstream recognition and appeal. But as Meghan Markle has already received criticism from the political right for her progressive and feminist beliefs, Harry’s anti-Constitution comments have only served to further alienate a large section of their potential audience.

It is true that if you must be political as a public figure, anti-conservative or leftwing politics are the safest route to go. It’s doubtful that Netflix or Spotify will backtrack on any deals specifically due to Harry’s comments. However, as the saying “Get woke, go broke” explains, audiences may not be as forgiving. If the Sussexes’ brand eventually becomes synonymous with controversy rather than profitability, then it’s unlikely that corporate partners, regardless of their own beliefs, will be sticking around.