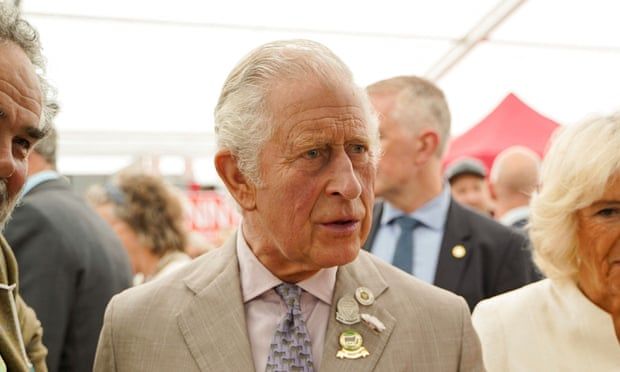 Source says Prince of Wales was ‘more than disappointed’ with deportation plans
Prince Charles has privately criticised the government’s policy of deporting migrants to Rwanda, calling the practice “appalling”.

The heir to the throne has been heard opposing the policy behind closed doors, a source has told the Times and the Daily Mail.

The claim comes on the same day that a legal challenge against deporting asylum seekers was rejected by the high court. The first flight to send migrants to the central African country could leave on Tuesday. An appeal against the ruling has been launched.

The government’s deportation policy was introduced in April as a way to discourage people trying to cross the channel in small boats from northern France. More than 10,000 people have arrived so far this year.

Under the deal, any arriving outside legal processes will be flown 4,000 miles away. The policy has been criticised on human rights grounds, and on Friday the UN’s refugee agency backed calls to stop Tuesday’s flight because it breached Britain’s legal obligations.

The source said: “[Charles] said he was more than disappointed at the policy.

Commonwealth heads of government are due to meet in the country’s capital, Kigali, later in June. Charles is due to represent the Queen at the gathering.

A spokesperson for Clarence House said: “We would not comment on supposed anonymous private conversations with the Prince of Wales, except to restate that he remains politically neutral. Matters of policy are decisions for government.”

However they did not deny to the Times that Charles was opposed to the policy.

A government spokesperson said: “Our world-leading partnership with Rwanda will see those making dangerous, unnecessary and illegal journeys to the UK relocated there to have their claims considered and rebuild their lives.

“We are confident the agreement is fully compliant with all national and international law.”
Add Comment