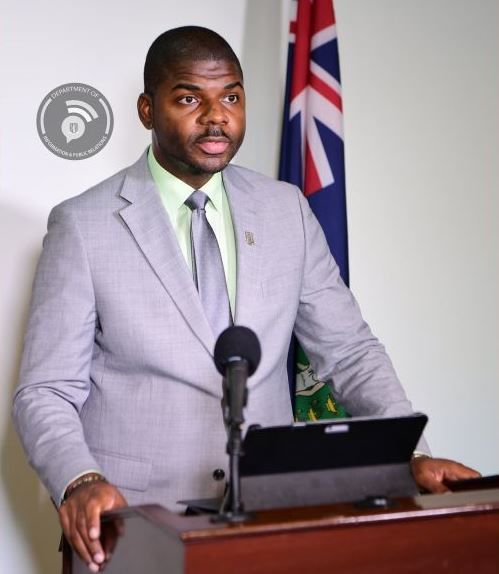 The Premier participated in a virtual Pre-Joint Ministerial Council on June 10, 2022, where he also thanked the political leaders of the British Overseas Territories (OTs) for their support to the Virgin Islands during the Territory’s recent political turbulence.

Premier Wheatley, according to a Government Information Service (GIS) press release on June 17, 2022, said: “The strong advocacy of my OT colleagues, particularly in the Caribbean Territories, made a difference in the outcome of the United Kingdom Government’s decision to not partially suspend the constitution in response to the findings and recommendations of the Commission of Inquiry Report. They have also generously offered technical assistance as the Government of National Unity implements reforms.”

CARICOM and the Organisation of Eastern Caribbean States (OECS) had stood in solidarity with the Virgin Islands in its opposition to direct rule and suspension of the local constitution by the United Kingdom.

Premier Wheatley stated, “We have developed a strong relationship with the United Nations in support of our sustainable development and goal of achieving the Sustainable Development Goals by 2030. ECLAC has helped us to develop a National Sustainable Development Plan, UNDP is assisting us with disaster risk reduction and socio-economic recovery from COVID-19, and the UN Resident Coordinator’s Office in Barbados is facilitating our participation in a joint programme for social protection and youth economic empowerment being implemented by UNICEF, UNESCO, World Food Programme and the International Labour Organisation. My Administration will support our sister Territories in engaging the UN as they seek similar assistance.”