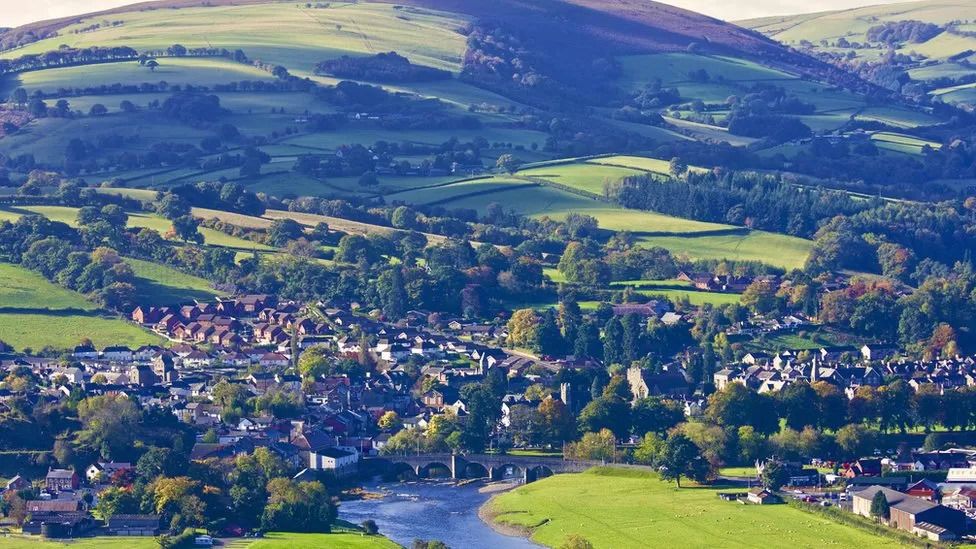 Eirys Brett suggested Donald Brett take alternative medicines instead, but he became "quite unwell" and died.

Ms Brett and her boyfriend then drove the 78-year-old's body to his home in Powys, leaving it propped on a chair for days while they dug a grave.

An open conclusion was recorded at Pontypridd Coroner's Court. 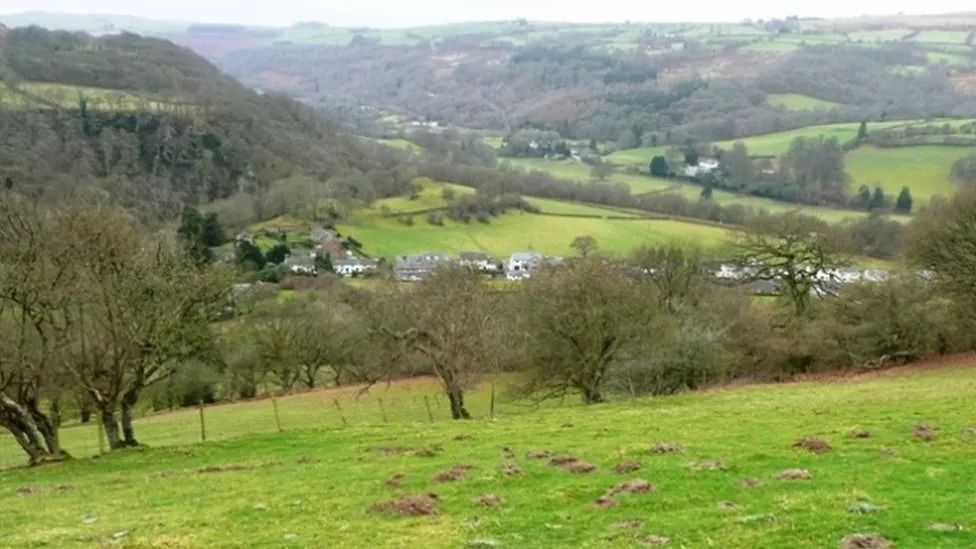 Donald Brett wanted to be buried in woods near his farmhouse home at Aberedw, near Builth Wells

He refused NHS care when he fell ill with what his daughter believed was prostate cancer.

In the weeks before his death, while suffering abdominal pain, the inquest heard Mr Brett messaged his daughter to say: "Maybe I should get NHS treatment."

But Ms Brett and her partner Mark Watson, 47, advised him against seeing a doctor and told him to take alternative medicines.

He came to stay at their home in St Harmon, near Rhayader, Powys, so they could help him but he became "quite unwell" and died a short time later.

The inquest heard Mr Brett wished to be buried near his home of 25 years in Aberedw, near Builth Wells, Powys.

The couple put his body in their red Vauxhall Corsa and drove it to his cottage in June 2019. 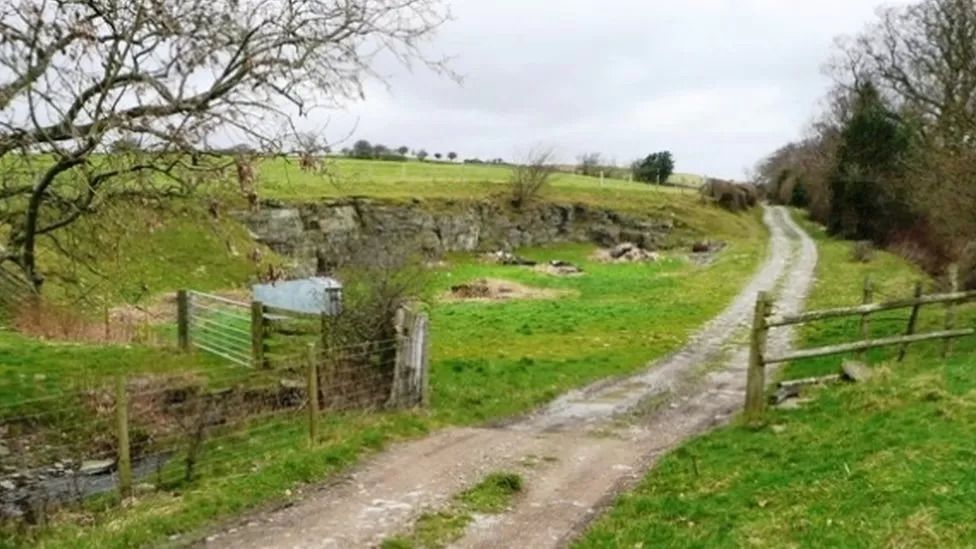 Donald Brett was buried in a pagan-style ceremony near Aberedw

Investigating officer Det Con Alex Stuart said they put Mr Brett's body in his favourite chair next to a wood burner for several days while digging his grave 100 metres (328ft) away from the house.

"They started to dig around a 6ft (1.8m) burial site," he said. "It was not particularly wide. They dug it down over a number of days while Mr Brett was in his house."

The inquest heard he was buried in a red and turquoise bobble hat, red t-shirt and harlequin chef trousers.

His body was wrapped in a hessian cotton blanket with rope wrapped in a cross pattern with paintbrushes, flowers and a poem in the grave.

"They had a ritual," said Det Con Stuart. "He was not thrown in, he was strategically placed.

"It was a Stone or Bronze Age sort of burial, then they covered the hole." 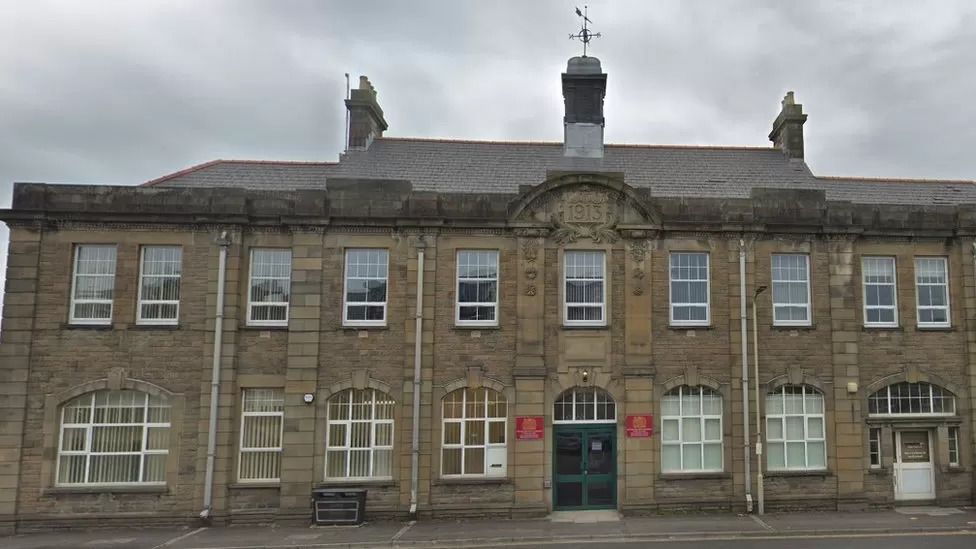 The alarm was raised after Donald Brett's landlord had not seen him in weeks, Pontypridd Coroner's Court heard

The inquest heard the alarm was raised by Mr Brett's landlord after he had not been seen for weeks.

A search was launched before Ms Brett and Mr Watson were pulled over by police in a lay-by in the car they had used to transport Mr Brett's body.

In July they both pleaded guilty at Merthyr Crown Court to preventing a lawful and decent burial and were handed four month suspended sentences.

"They both pinpointed pretty much the same place where he had been buried," DC Stuart told the hearing.

"It was a full and frank admission from the start. They both made full admissions that he was unlawfully buried."

The inquest also heard phone records showed Mr Brett relied on his daughter for advice on treatments when he became unwell.

She told police she believed her dad had been suffering from prostate cancer and had advised him to take holistic treatments.

But Mr Brett had the capacity to make decisions and was not coerced, the inquest was told.

Friends told police Mr Brett would only seek medical treatment if "absolutely necessary" at his cottage with no electricity.

His ex-partner, Alison Walker, said he was "anti-establishment" and that her daughter shared his views.

Ms Walker said she last saw Mr Brett alive in June 2019, when he told her: "Aren't I lucky our daughter is looking after me."

Mr Brett died that month, the inquest heard, but his body was not discovered until two months later.

A post-mortem examination revealed the cause of death as "indeterminate" but there was no evidence of anything other than a natural death.

Assistant coroner Patricia Morgan recorded an open conclusion, adding: "There is no evidence to suggest that his death was suspicious."