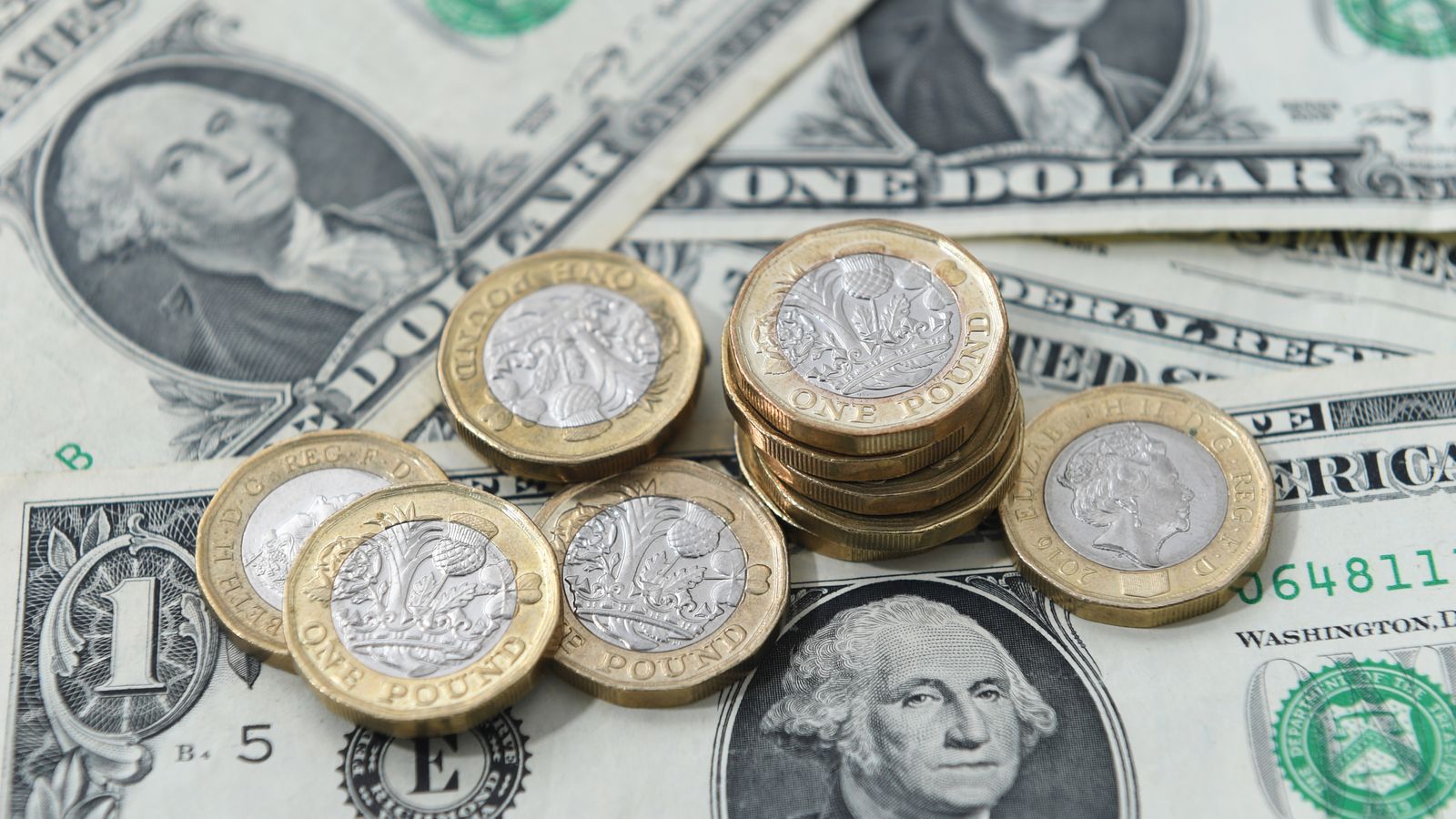 A weakened dollar has led to a more valuable pound as officials at the US Federal reserve signal support for slowing interest rate rises.
A pound could buy $1.21 on Thursday morning, the highest amount since mid-August, making imports cheaper for UK companies and consumers.

The 20 cents rise in sterling buying power from an all-time low in the days following the September mini-budget and the associated market upset, is due to dollar weakness rather than pound strength.

The three-month high follows news from the US interest rate-setting Federal Reserve, known as the Fed, that the majority of its members wish to slow the pace of interest rate rises.

Rates had been continuously hiked by the Fed in an effort to reduce inflation to its 2% target but US inflation stood at 7.7% in the year up to November.

A stronger pound is good news for businesses and consumers and could help lower inflation as importing goods, such as food and petrol, becomes cheaper.

Higher pound values can also be a measure of economic confidence and financial stability and so the pound dropped in value after the now revoked, mini-budget plan of unfunded tax cuts and spending.

US markets are closed for Thanksgiving so broader market reaction to the Fed's interest rate position is not clear.

Interest rates have been rising across the world as countries grapple with inflation from rising energy costs, caused by Russia's invasion of Ukraine, and supply chain issues stemming from COVID-19 lockdowns.

Similar to the Fed, whose views were known through the release of meeting minutes, the interest rate-setting body for the Eurozone, the European Central Bank (ECB) on Thursday released minutes of its meetings.

But contrary to the Fed, the ECB said it feared that inflation may be getting entrenched, records of their last policy meeting showed. As a result, rates would need to rise further, the accounts of the 26 and 27 October meeting showed.

"It was also clear that rates would need to be raised further to reach a level that would deliver on the ECB's 2% medium-term target," the meeting notes showed.