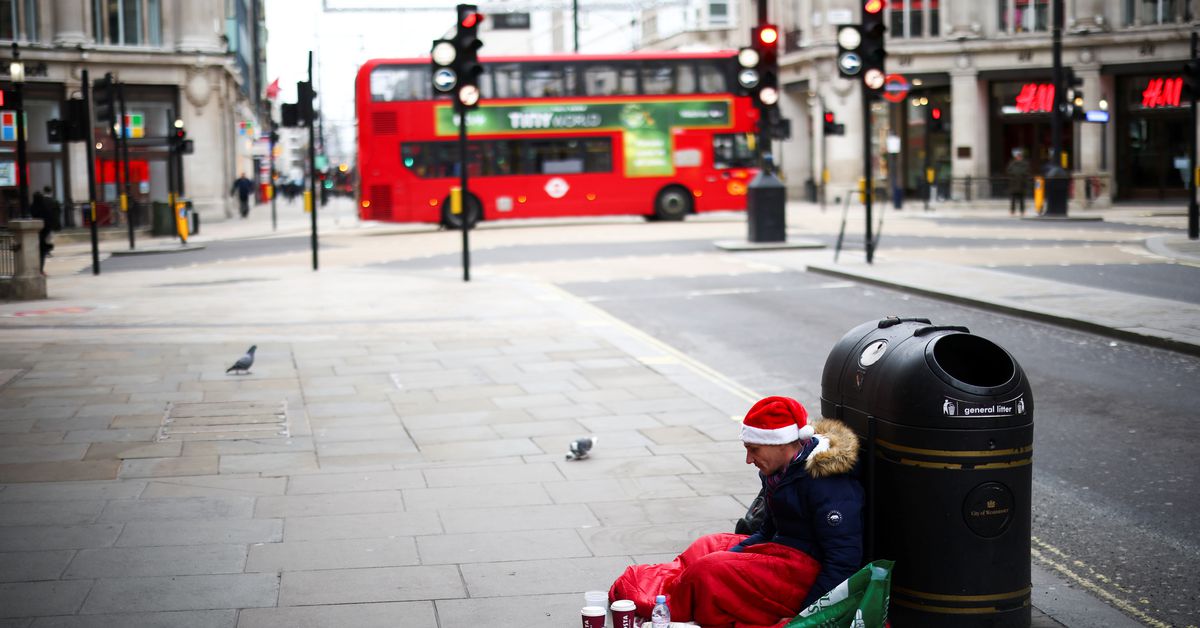 Britain's government should consider postponing a payroll tax increase in due in April which combined with higher inflation could drive a 30% rise in destitution, the National Institute of Economic and Social Research (NIESR) said on Tuesday.
The academic think tank also said finance minister Rishi Sunak should increase government spending in his forthcoming budget to reflect inflation, leaving the Bank of England greater scope to tackle rising prices by raising interest rates.

Sunak is due to present new budget forecasts to parliament on March 23.

"The government has chosen to tighten primarily through fiscal policy, leaving monetary policy lagging the inflation cycle. This policy sequencing is the wrong way around," NIESR said.

NIESR predicted the number of households in destitution - which it defines as an inability to buy basic essentials - would rise by nearly a third to about 1 million if the payroll tax rise goes ahead and inflation remains high.

NIESR kept its growth forecasts largely unchanged from its last projections in November but revised up the outlook for inflation, which it expects to peak at 7% in the three months to June before returning to its 2% target in 2024.

"The Monetary Policy Committee of the Bank of England urgently needs to address the questions that are being asked about the credibility attached to its inflation target," NIESR director Jagjit Chadha said.

Last week the BoE raised its main interest rate to 0.5% in the first back-to-back rate rise since 2004 and said it would no longer reinvest the proceeds of bonds which mature from its 875 billion pound ($1.19 trillion) quantitative easing stockpile.

The think tank has previously criticised the overall mix of British economic policy, worrying that the BoE was behind the curve on raising interest rates and that Sunak was tightening fiscal policy too quickly.

Financial markets now expect the BoE to raise rates rapidly to around 1.75% by the end of the year.

Overall, NIESR estimated British economic output in 2025 would be 4% lower than it had forecast just before the COVID-19 pandemic, compared with a 12% shortfall several years after the 2008 global financial crisis.