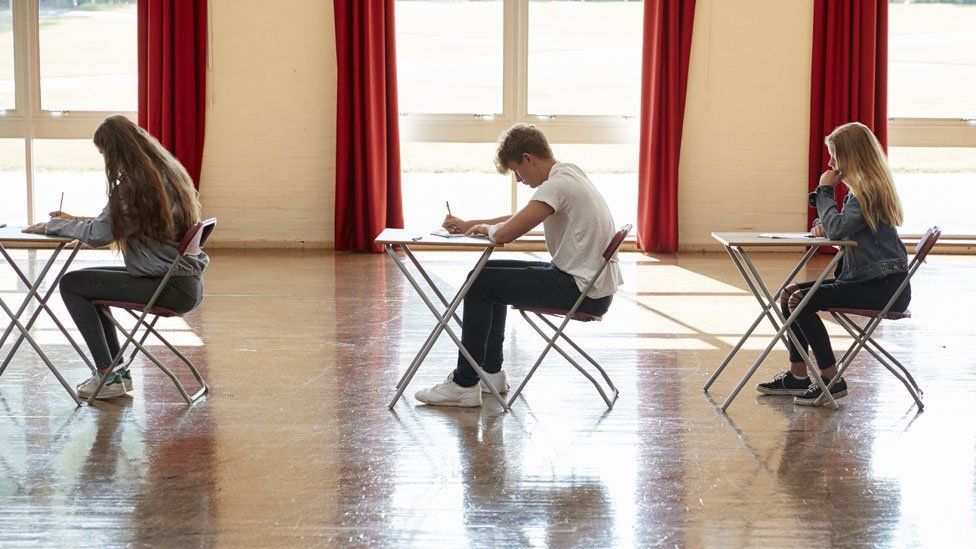 "It's nothing short of a scandal" how white working class pupils in England have been "let down and neglected" by the education system for decades, says a hard-hitting report from MPs.

Poorer white pupils were falling behind "every step of the way", he warned.

The Department for Education said it was investing in "levelling up".

The report accused the government of "muddled thinking" in failing to target support at the "forgotten" disadvantaged white pupils - who underachieve from early years through to GCSEs, A-levels and university entry.

'Swept under the carpet'

Mr Halfon described it as a "major social injustice" that so little attention had been paid to how white pupils on free school meals underachieved compared with free school meals pupils from most other ethnic groups.

"If you think it's about poverty, then it doesn't explain why most other ethnic groups do much better," he said. 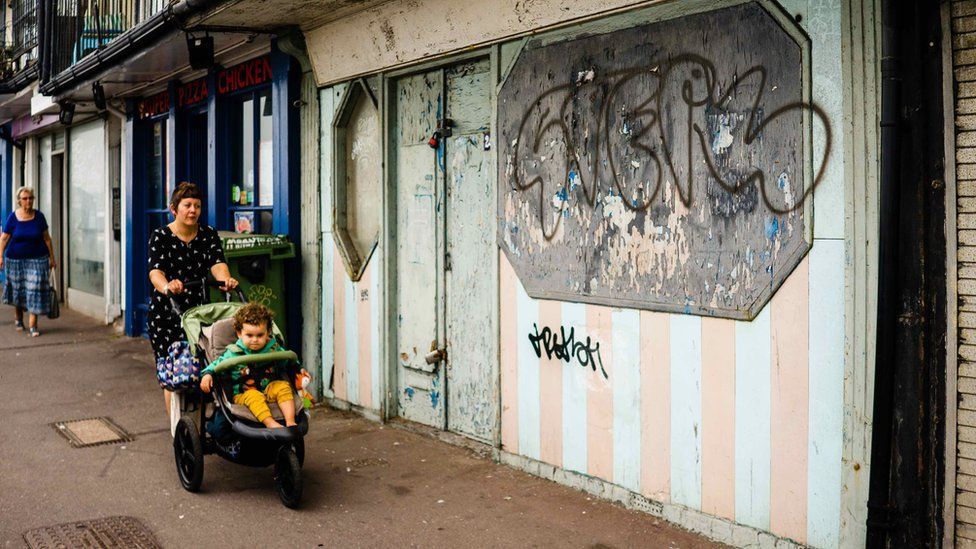 The committee warned the scale of the problem, affecting almost a million young people, could not be "swept under the carpet".

The idea of "white privilege" in education was rejected - and the report suggested schools should consider whether using this terminology was "consistent under their duties" in equality legislation.

The committee described "white privilege" as the idea of "societal privilege that benefits white people over other ethnic groups" - and said "privilege is the very opposite to what disadvantaged white children" experience.

Mr Halfon warned its use in education was "divisive" and likely to "promote disharmony".

But a Labour MP on the committee, Kim Johnson, rejected the references to white privilege as trying to "stoke the culture war" and said the report was avoiding the "lack of investment" in education and local communities.

Pupil's view: The 'that's not for me' attitude 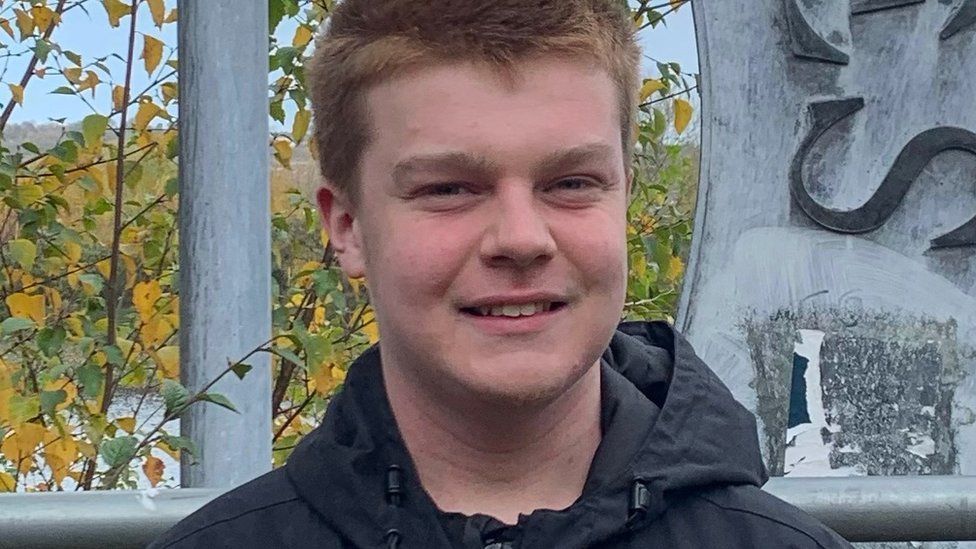 "There's this nagging feeling that it's not for me," says 18-year-old Oliver Jones-Lyons, describing the "suspicions" about the value of education that he thinks hold back some white working class communities.

He has been a pupil on free meals at a school near Newcastle and says there is still a concern about the education system harbouring snobbery and class prejudice, even down to stereotypes about regional accents which "mark you out as different".

There's an inclination to turn away from exams and instead say "my dad can get us a job".

"There's a lack of explanation of how education is helping you," Oliver says.

But he argues "the biggest barriers to education are outside education" - in places with limited job opportunities, bad housing, poor public transport and families not able to support their children in school.

And he says that while he describes himself as a "white working class boy" he doesn't like the way that the label is being used to "create more stereotypes".

"It shouldn't be about putting people against each other" or about "culture wars", he says, and rejects the white working class identity being caricatured as being bigoted or narrow minded.

A better description would be people "more likely to undersell ourselves" and to dislike showing off, says Oliver.

But his own ambition has been supported by working with the Social Mobility Foundation charity - and he is waiting to see if he gets the A-levels grades needed to get into Oxford University next year.

The report calls for a targeted use of pupil premium funding for disadvantaged pupils and investment in "family hubs" to reach parents disengaged with education or who might have had a bad experience of school themselves.

Mr Halfon also highlighted a divide between the amount of funding and political focus that helped to improve schools in big cities - while many white working class pupils were in towns which had less investment.

"Two thirds of children on free school meals live in these communities. We will never reduce educational inequality unless we urgently address this longstanding issue," he said.

Parent's view: 'Not a lot of opportunities' 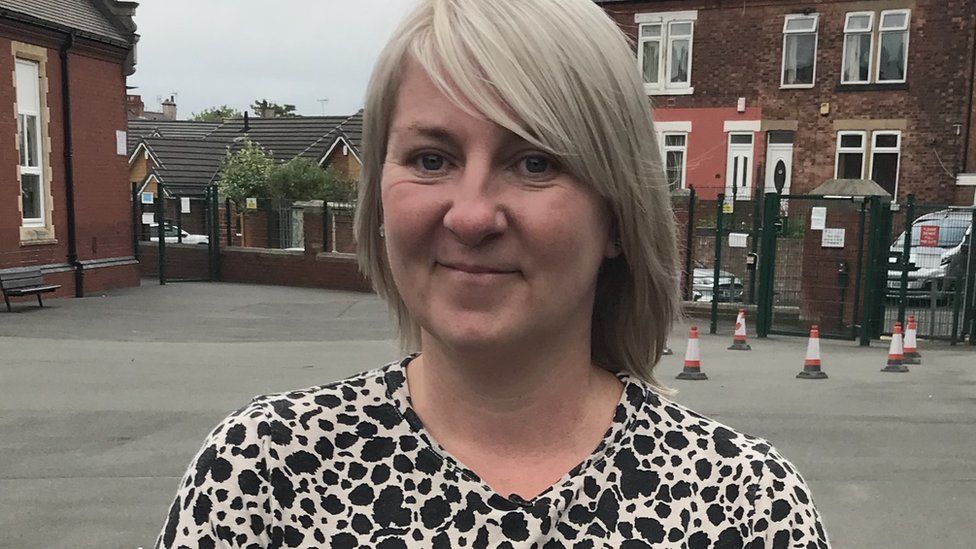 The report argues that vocational routes in education need to be clearly available - showing the connection between qualifications and work.

This chimes with the concerns of Kerry, a mother in Mansfield who is thinking about what jobs will be available for her sons, Bailey and Finley, in the years ahead.

Her own parents stepped from school into factory work, which she says offered secure jobs.

The current world of employment seems more precarious, she says.

"I don't see good jobs arising, I don't think there's much opportunity out there," says Kerry

"I want them to go to college, then get apprenticeships," she says.

The aim is "guaranteed work" and she is worried about the cost of university. "As a parent, I wouldn't be able to fund them to go," says Kerry.

The underachievement is down to a "poisonous mix of place, family and local culture", said Chris Zarraga, director of Schools North East, a regional network of head teachers in one of the areas with the biggest concentrations of disadvantaged white pupils.

He said it meant tackling the consequences of "long-term deprivation", where there might be fifth and sixth generations of workless families. 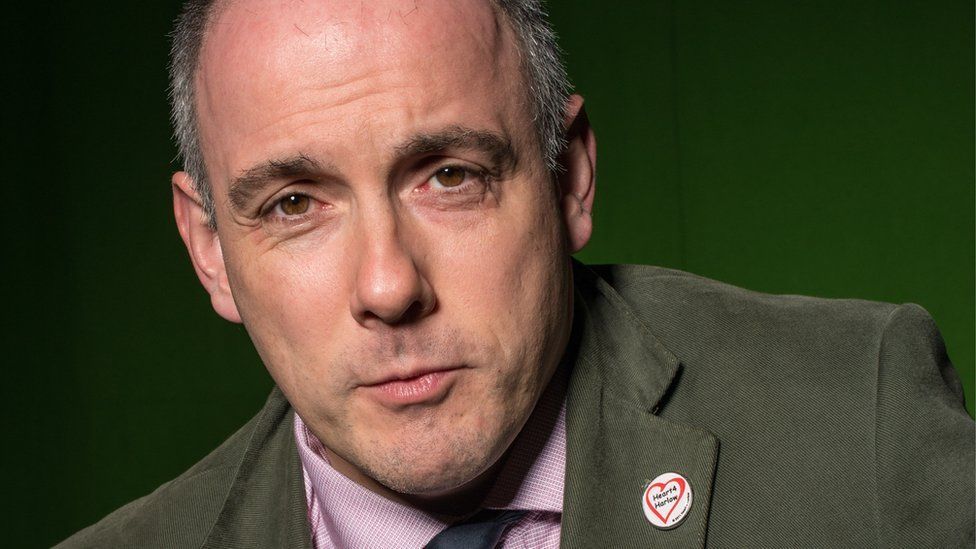 "Schools can't do it alone," he said, warning that already the pandemic had seen schools having to cope with feeding and clothing pupils.

"We need a cross-party sense of urgency about solving these problems," he said.

The report calls for a better way of talking about ethnic differences in achievement - and maps the complications of terms such as "minorities" and "majorities".

There are high proportions of white pupils in areas such as the north east, while in many parts of London, white pupils are in a minority.

The leading science university has more BAME undergraduates than white - but only about 235 out of 10,000 students are black, with the great majority of these BAME students being from Asian backgrounds.

Labour's shadow education secretary, Kate Green, said the MPs' report showed the Conservative Party has "turned its back on these pupils who need most support, from knowingly underfunded free childcare places in early years to cutting the pupil premium".

A Department for Education spokesman said: "This government is focused on levelling up opportunity so that no young person is left behind."

"That's why we are providing the biggest uplift to school funding in a decade," said the DfE spokesman, with £3bn in recovery funding and existing plans to increase school budgets.

"The pupil premium is expected to increase to more than £2.5bn this year, through which schools can support pupils with extra teaching, academic support or activities like breakfast clubs or educational trips," he added.