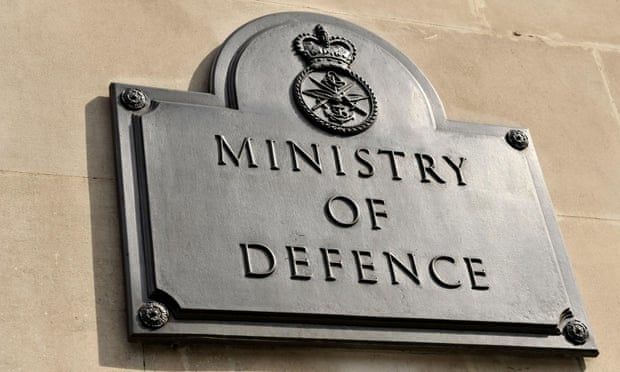 “Political pressure” was applied in 2016 to narrow the focus of a military police investigation into allegations of summary killings by SAS soldiers in Afghanistan, according to a legal claim made in the high court on Tuesday.

An email disclosed to lawyers representing two families of Afghans killed by the SAS showed that the second in charge of the unit investigating the alleged war crimes, had told colleagues about demands being made from higher up.

The senior military police officer in the Operation Northmoor team – who was not named – had said in May 2016 that they were being placed under “political pressure” to limit their inquiries to “tactical level command responsibility”.

Lawyers Leigh Day, representing the families, argue the email suggested that military police were being told to ignore the role played by more senior SAS officers, who other evidence disclosed suggests were aware of concerns about the spate of killings.

The defence secretary was Michael Fallon at the time, although he was not mentioned in the proceedings. Fallon wound up Northmoor in 2017 and it was finally closed in 2019, with no prosecutions brought.

Earlier this month, a BBC documentary had concluded that 54 Afghans were killed in suspicious circumstances by one SAS unit in Helmand province between 2010 and 2011 and asked whether it amounted to a war crime. It prompted the military police to ask the BBC to share any additional information it had.

The principal case in court on Thursday was brought on behalf of a man, Saifullah, whose father, two brothers and a cousin were killed during an SAS raid on a compound in southern Afghanistan in February 2011. The raid was called “Objective Tyburn” by the SAS, the site of a historic place of execution in London.

Edward Craven, a lawyer representing for the claimants, told the court the case “concerns alleged state wrongdoings of the most serious kind” and that there was “a pattern of extra judicial killings, allegations of a cover-up and allegations of a failure to properly investigate them”.

Evidence from previous disclosures required by the court indicated that males detained on SAS night raids were often separated from their families and shot dead after they were said to have unexpectedly produced a hand grenade or an AK47 rifle.

Other evidence disclosed in the court hearing on Tuesday included:

*  An SAS officer, discussing the Saifullah family case in an email dated May 2011, asked whether there was an opportunity “to ‘nip’ this allegation before it becomes an official allegation and is fed into either the national or Isaf chain of commands in Kabul, attracting lots of scrutiny”.

*  Concern about the SAS tactics, techniques and procedures in Afghanistan were raised in 2011 by an external organisation, whose identity the MoD wants to keep secret, which warned that the British soldiers were using unlawful techniques to kill Afghans in cold blood.

*  Neil Sheldon QC, for the MoD, told the court that the government wanted disclosure of the organisation’s full evidence and name to be prevented by a public interest immunity certificate. The application, he said, was being made on “international relations grounds”.

*  The chief MoD lawyer acknowledged in an email sent in the run up to a previous hearing in early 2020 that the SAS explanations for the summary killings in 2011 “appear highly questionable, if not implausible, not helped by the practice of post-mission ‘cut and paste’ statements” and that the MoD should “review all incidents involving fatalities”.

*  His deputy suggested in another email that the UK should investigate “the conduct” of UK armed forces in Afghanistan and “the investigative and prosecutorial response of the RMP [Royal Military Police] and the SPA [Service Prosecuting Authority]”.

The court was told the MoD had also offered to review “the institutional response” to the allegations if the two cases were dismissed by the court. But lawyers for the two families said that offer was insufficient because it does not propose to examine “the underlying allegations”.

After the hearing an MoD spokesperson confirmed that Ben Wallace, the defence secretary had proposed “an independent review to be led by a senior judge”. It would inquire into “issues arising from the handling of allegations of misconduct” but will not reopen criminal investigations relating to the cases.