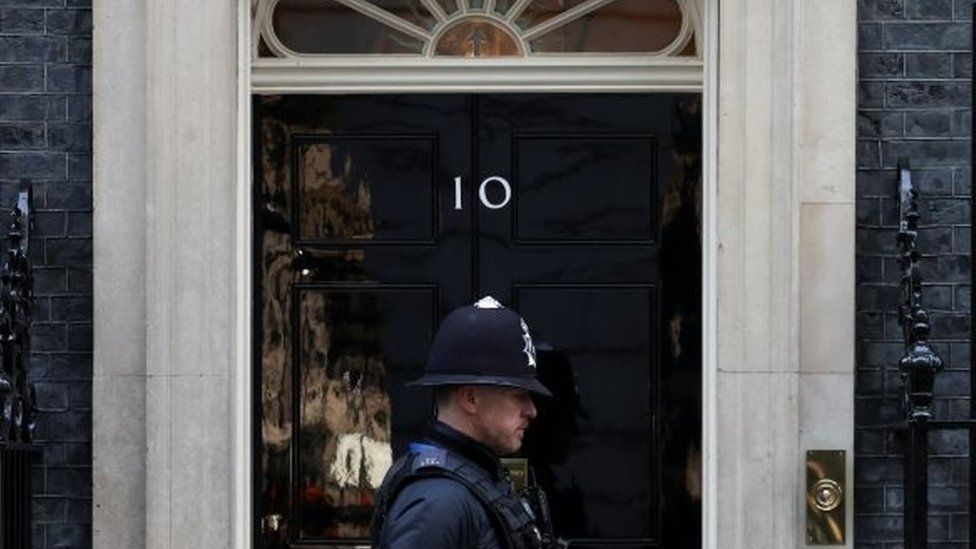 The Metropolitan Police will email more than 50 people as part of its inquiry into lockdown parties at Downing Street and Whitehall.

A questionnaire will be sent to people alleged to have been at events on eight dates between May 2020 and April 2021.

It will ask for their account of what happened and "must be answered truthfully", the Met said.

The force said it must be answered in seven days, but being contacted did not mean a fine would always be issued.

The police inquiry, called Operation Hillman, is examining 12 parties on the eight dates over the course of the pandemic - some of which the PM attended - to see if Covid regulations were broken.

It was launched after an inquiry by senior civil servant Sue Gray, who in her initial findings criticised "failures of leadership and judgement" over the gatherings in Downing Street and Whitehall and referred them to police.

The Met earlier announced it would also review its decision not to investigate another event, a Christmas quiz on 15 December 2020, after a picture of Boris Johnson was leaked to the press. 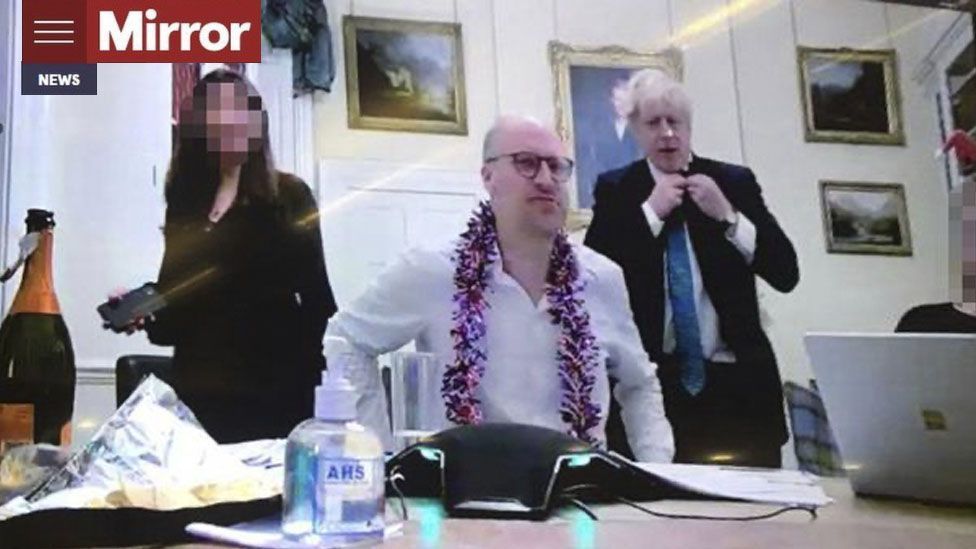 The photo, published by the Daily Mirror, showed the PM with three aides, two in tinsel and a Santa hat, with a bottle of sparkling wine.

A statement from police said: "The [Met] previously assessed this event and determined that on the basis of the evidence available at that time, it did not meet the threshold for criminal investigation.

"That assessment is now being reviewed."

The prime minister's former chief adviser, Dominic Cummings, said following the publication of the photo that "there's waaaaay better pics than that floating around", alleging that they included images of gatherings in Mr Johnson's flat.

Detectives investigating the parties are continuing to examine more than 500 documents and 300 images gathered as part of Ms Gray's inquiry, and the Met said it would be requesting further information from the Cabinet Office.

It said police might also contact further people in future if they were identified as having taken part in an event that potentially breached the regulations.

While being contacted does not necessarily mean a fixed penalty notice will be issued, the Met said that would "normally" happen where officers believed regulations had been breached without reasonable excuse.

It said in a statement: "We understand the interest in and impact of this case, and are progressing the investigation at pace.

"We are committed to completing our investigations proportionately, fairly and impartially."