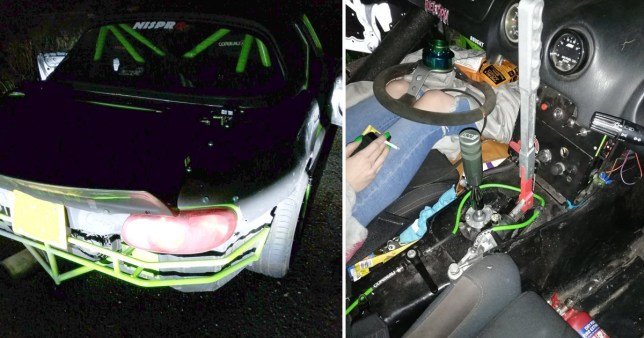 The strange motor – which was a modified Mazda MX5 – also had a detachable steering wheel.

Officers banned the vehicle from Britain’s roads until it gets a full MOT.

Instead of a gear stick, the vehicle has a thick metal pole, and even stranger is the modified handbrake next to it.

Instead of a normal lever, the car is fitted with a giant foot-long metal bar. 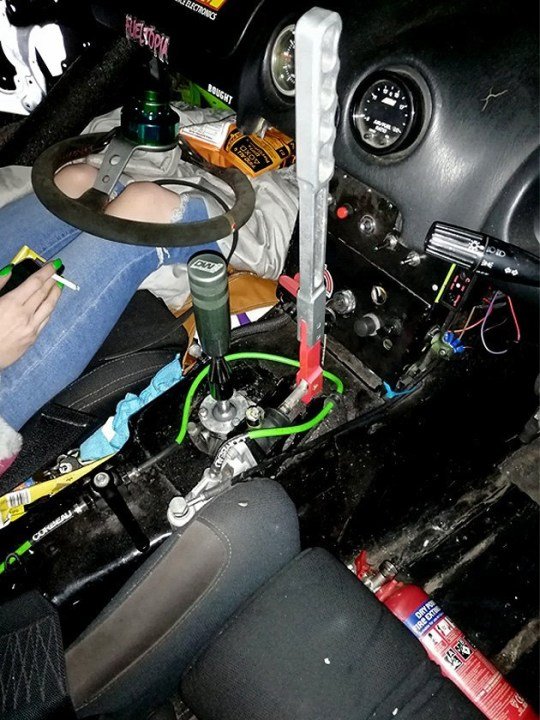 The car has a metal bar instead of a handbrake

Police images show that the steering wheel was completely detachable.

PC Glen McArthur stopped the car in Horsham, Sussex, in the early hours of Sunday morning.

He said: ‘This car was seen drifting and driving antisocially in the Horsham area and when stopped had a modified handbrake.

‘Vehicle prohibited and will undergo a full MOT.

‘Before you ask, the steering wheel is removable.’

He later added: ‘I’m not the biggest of people, but I still don’t know how I got in those seats.’