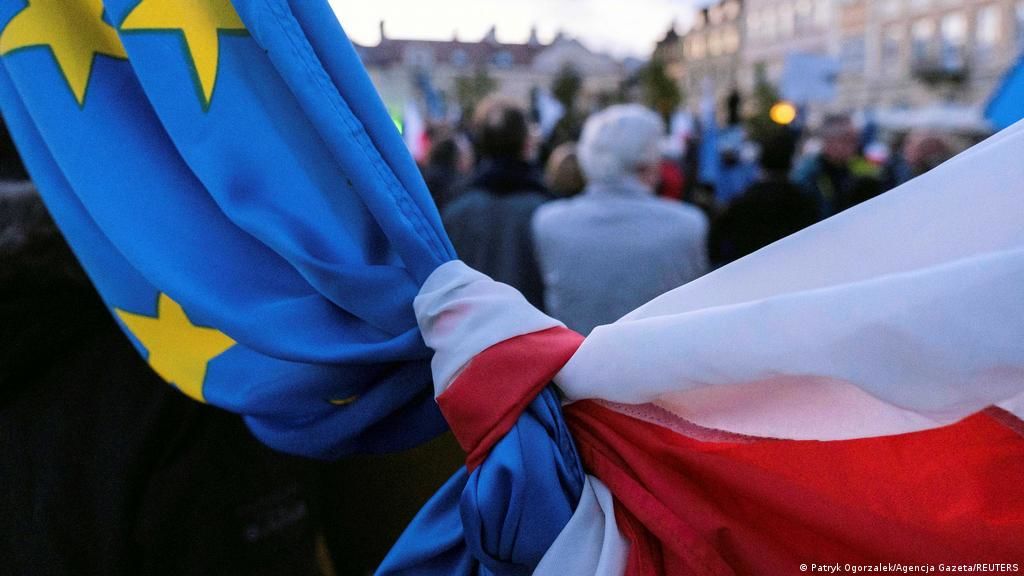 The European Commission has sent Poland formal notice to pay some 70 million euros in fines for failing to reverse an illegal disciplinary regime for judges, a spokesman said, an escalation in a row between Warsaw and the European Union over democracy.
The case is one of many disputes between the EU and Poland's ruling Law and Justice (PiS) party, which came to power in 2015 and has since faced accusations of eroding democratic freedoms.

Last October the top EU court fined Warsaw for failing to immediately halt the work of the Polish Supreme Court's Disciplinary Chamber pending a final verdict on the scheme.

The Commission says the disciplinary system allows for political meddling in the courts and hence violates the laws in the 27-nation EU, as well as in Poland, that establish judicial independence.

Commission spokesman Christian Wigand said on Thursday a "call for payment" had now been sent to Warsaw for failing to scrap the disciplinary regime as ordered by the European Court of Justice.

Sources told Reuters earlier the fines amount to around 70 million euros and that the Commission would give Warsaw some 45 days to pay. read more

Poland's dispute with the EU is already costing the country money. It has blocked Poland's access to billions of euros of EU stimulus meant to support economic recovery from the COVID-19 pandemic.

More funds from the EU's 1.1 trillion euro ($1.25 trillion)shared budget until 2027 are at stake as the bloc gets tougher in denying money to countries that might channel the cash to support policies that undermine liberal democratic principles.

Warsaw says the judicial overhaul was needed to make courts more efficient and rid them of communist influence. The nationalist PiS party also says it will not bow to what it calls EU blackmail.

The PiS has also restricted the rights of women, migrants and gays, as well as putting pressure on public and private media, in other examples of its socially conservative policies it says are required to safeguard Poland's sovereignty.
#COVID-19  #Covid
Add Comment