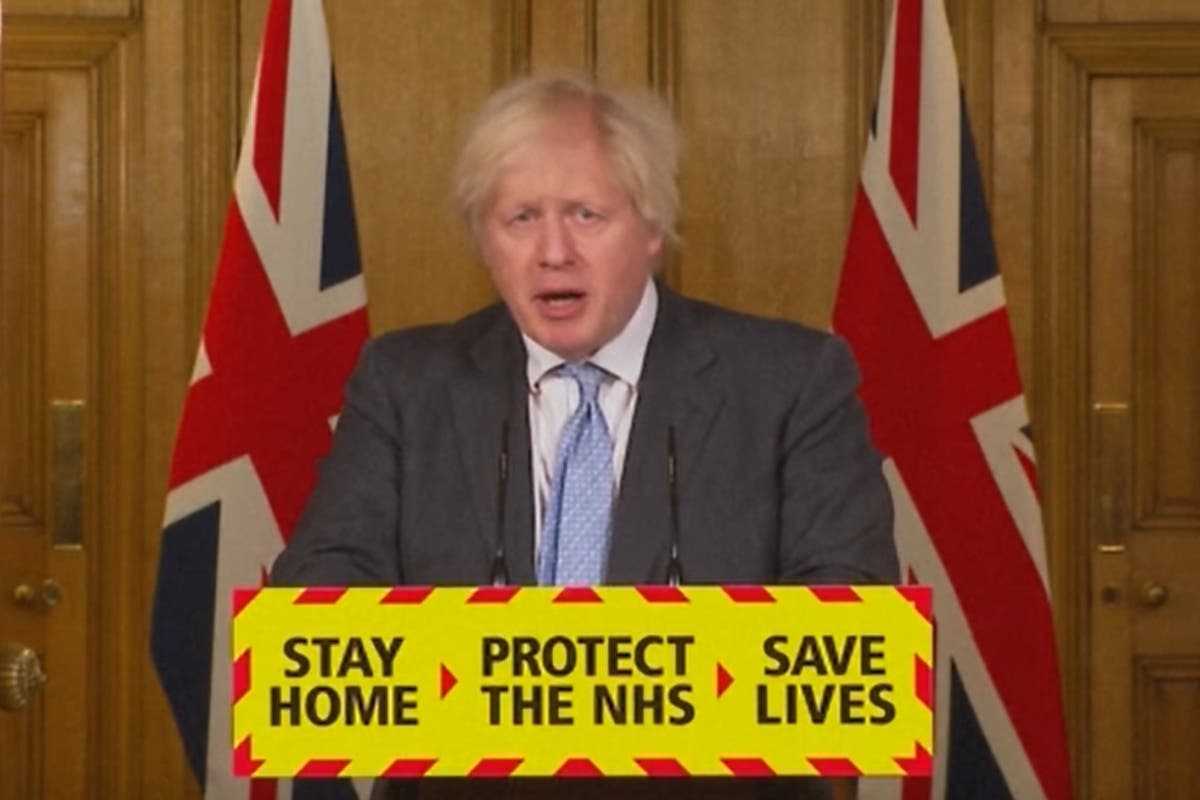 According to Government figures, 13,577,851 first doses of coronavirus vaccines have been offered in the UK.

Based on the latest figures, an average of 388,340 first doses of vaccine would be needed each day to meet the Government’s target.

Mr Johnson told a Downing Street press conference on Wednesday: “With less than a week to go until the target date of Monday the 15th, there’s no doubt we’ve made great strides, with just over 13 million people now vaccinated in our United Kingdom, including one in four adults in England, over 90 per cent of everyone over 75 and over 90 per cent of eligible residents of care homes for the elderly.

“But that still leaves nearly two million people, a population roughly twice the size of Birmingham, that we still hope to reach.

He issued a particular appeal to social care workers who still have not been vaccinated to contact their employer to “fix it up”.

This means nearly one in four adults in the UK have received a first dose.

Mr Johnson said he was not issuing the call for people to come forward for their jabs so that the Government could "hit some nummerical target" but because the vaccine rollout will "save lives, prevent serious illness and so the whole country can take another step in the long and hard road back to normality."

He added that he will be speaking further about the UK's roadmap out of the nation-wide lockdown in the week of February 22.
#vaccine  #Covid  #Coronavirus  #Boris Johnson  #Vaccines
Add Comment