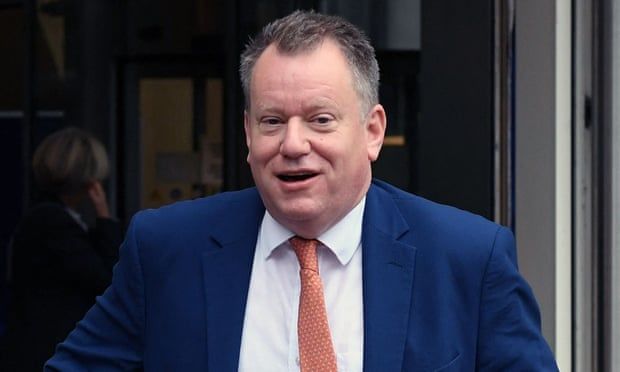 David Frost, a former lobbyist whom Johnson made his chief Brexit negotiator and later gave a peerage, said in his first major interview since quitting as a cabinet minister that the Tories needed to “focus on rebuilding the nation and be proud of our history”.

Lord Frost resigned before Christmas, citing concerns about the direction of travel of the government, particularly over Covid rules. However, it also came at a difficult time for the UK’s negotiations with the EU, as it emerged that Britain was prepared to drop demands for EU judges to be stripped of their role in overseeing Northern Ireland.

Since then, Frost has signalled his intention to join with others on the right of the Tory party, becoming a member of the so-called Covid Recovery Group, which is sceptical of restrictions and focused on getting the economy moving.

The Tory peer told the Mail on Sunday: “We need to get the country going economically again and that means free markets, free debate and low taxes.

“People need to look at this country and think: yes, something is changing here. You’ve got to set the direction of travel. If we’re going to get out of this little trough and win the election in a couple of years’ time, then we’ve got to develop that.”

His demand for tax cuts comes amid growing unease among Thatcherite Tories about the government’s plans for a rise in national insurance contributions this April, which Jacob Rees-Mogg, the leader of the Commons, pressed Johnson to scrap at cabinet this week.

Frost also criticised the advisers around Johnson and joined the many Tory backbenchers calling for a shake-up of the No 10 team, while insisting he is still the right leader.

“I think he probably needs better support around him in the team to deliver on that. The PM has a right, when he wants something to happen, for the levers that he pulls to actually produce something,” he said.

Frost’s successor as chief negotiator with the EU is Liz Truss, the foreign secretary, who warned in an interview with the Sunday Telegraph that she was just as prepared as him to trigger article 16 of the post-Brexit agreement on Northern Ireland if necessary.

Truss said she would suggest “constructive proposals” to her EU counterpart, Maroš Šefčovič, this week during their first face-to-face talks.

However, she said she was “willing” to trigger article 16 of the Northern Ireland protocol – a move that would suspend parts of the treaty designed to prevent a hard border with the Republic – if a deal could not be struck.

In response, the EU ambassador to the UK, João Vale de Almeida, said it was “not very helpful that we keep agitating the issue of article 16” and insisted that the EU was “eager to reconnect with the British government”.

Vale de Almeida told Sky News: “We’ve heard this before from the government, so we’re not surprised. We are not too impressed. We still believe it’s not very helpful that we keep agitating the issue of article 16. I think what we should focus on – at least that’s where we are focused on – is trying to find solutions for difficulties in the implementation of the protocol.”
#Boris Johnson  #Johnson  #Covid
Add Comment