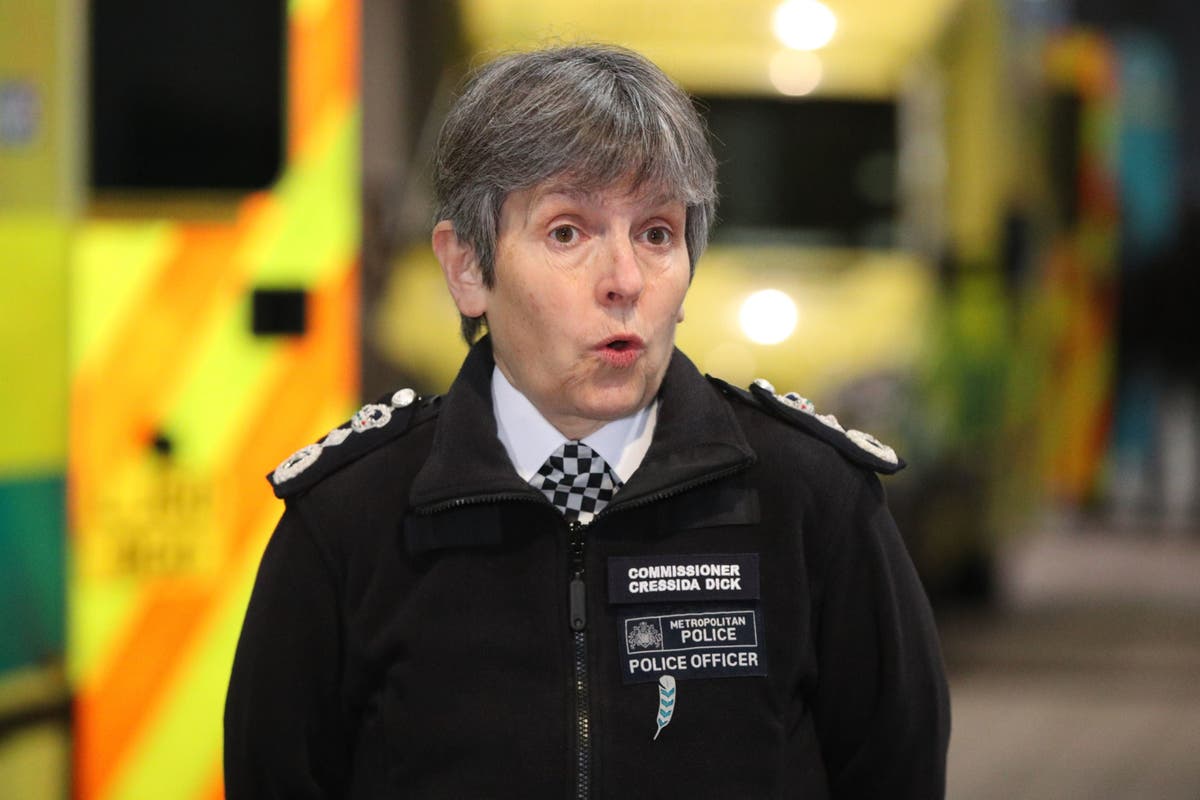 The Prime Minister’s official spokesman gave the full support to Scotland Yard chief Dame Cressida Dick just hours after the Home Secretary had repeatedly failed to do so.

Her aides swiftly issued a statement to say she did have confidence in London’s top police officer.

“The Prime Minister has complete confidence in the Metropolitan Police Commissioner, Cressida Dick, as does the Home Secretary.

“They are working together to reduce crime and protect the public from the threats posed by serious criminals, terrorism and the coronavirus pandemic.

“Both the Prime Minister and the Home Secretary have absolute confidence in her as we work together with the police to make our streets safer.”

However, the Cabinet minister’s words left a question mark hanging over the Commissioner’s future. Ms Patel also stressed that there were “many questions that still need looking at and investigated”. Dame Cressida, Britain’s top police officer, will be undermined by any suggestion that she has lost the backing of ministers.

The shock development came after a retired High Court judge called for a criminal investigation into five detectives at the centre of the bungled VIP child abuse inquiry.

In an open letter to Ms Patel, Sir Richard Henriques claimed that confidence in the criminal justice system had been “gravely damaged” by the failure to hold officers to account. He alleged an “apparent condoning of police criminality by its notional watchdog”, “an orchestrated cover-up” and “corruption at the highest level”.

Sir Richard urged the Home Secretary to order an investigation by an independent police force. On LBC, host Nick Ferrari asked Ms Patel three times if she had confidence in Dame Cressida, inset, but she said: “I’m working with the Commissioner, absolutely, on some of the measures and reforms they have been tasked with in terms of their own standards and performance.”

The presenter added: “I hear you ‘work with’, you work a lot of people, I work with a lot but I don’t have confidence with everyone I work with...” Ms Patel remarked: “She has done a lot of great work. She oversees the largest police force in the country.

“There are still questions. Rightly so, some have been put to me today, actually, very publicly in newspapers. The police are not above the law and there are many questions that still need looking at and investigated. I’ve seen the letter this morning as well and it is absolutely my responsibility to go back and look at some of these questions that are being posed.”

A spokesman for Ms Patel hurriedly rushed out a statement saying: “As the Home Secretary said, she works with Cressida Dick every day.

The Home Secretary has full confidence in her to do her job.” Sir Richard spoke out after Leon Brittan’s widow yesterday attacked a “culture of cover-up and flick away” at the Metropolitan Police.

Lord Brittan died in January 2015 without knowing there was insufficient evidence to prosecute him over false claims of a Westminster sex abuse ring.

The Brittan home was raided, along with those of D-Day veteran Lord Bramall and former Tory MP Harvey Proctor, before it emerged £2.5 million Operation Midland was based on the lies of fantasist Carl Beech, who has since been jailed for perverting the course of justice.

Scotland Yard was heavily criticised in an independent review by Sir Richard but the Independent Office for Police Conduct found no evidence of misconduct or criminality by the officers during the operation.