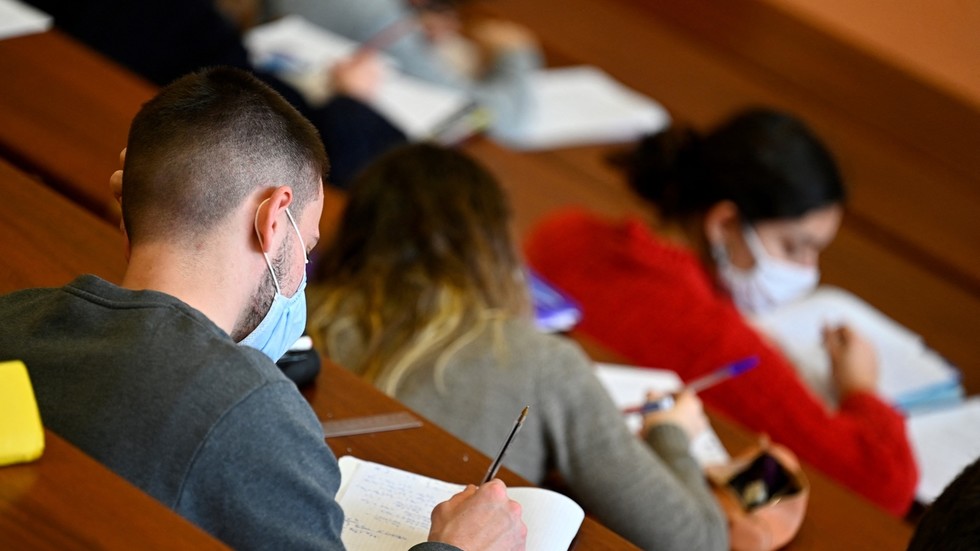 Phrase ‘trigger warning’ is too triggering for students, university says

Worried that emotionally fragile students might not be able to handle it, Warwick University has scrapped the use of the term “trigger warning” to alert students to the presence of provocative material in assignments.

The phrase “trigger warning” itself has become a provocative term, the university confirmed to the Daily Mail on Sunday, announcing it had relegated the phrase to the dustbin of university history and replacing it with “content notes.”

Such ‘notes’ varied in content, but were generally described as being necessary because “trigger” is too “provocative” a word to deploy on a daily basis.

The decision to pull the trigger on trigger warnings didn’t go over well with everyone. Tory MP Andrew Bridgen insisted the university’s move to take offence at the word was “ludicrous.” He also argued content warnings in general were “getting out of control and harming the next generation” and wondered who was behind demands for students to tie themselves into such linguistic pretzels.

"Who is actually calling for these trigger or content warnings? Is it resilient young people or woke-afflicted academics?"

The university’s reading material is widely marked-up with “content notes,” according to the Daily Mail, with such notices advising that plays, poems, and books like Homer’s ‘The Odyssey’ and, somewhat ironically, George Orwell’s ‘1984,’ are “not comfortable” reading. Shakespearean tragedies, students are also warned, may be “riddled with representations of violence and the suffering caused by violent acts.”

One ‘content note’ reproduced by the Mail suggests the entire literary canon might as well be subject to one big trigger warning, pointing out that, “studying literature necessarily involves confronting particular ideas, words and experiences that you might find offensive, upsetting, or disturbing. All of the modules you take in the department will involve material that can be difficult for some people, even traumatic.”

After submitting a Freedom of Information Act request, the Mail was told that Warwick’s English and Comparative Literary Studies department “helps” students deal with “difficult and complex questions.” The spokesperson admitted that the way the school dealt with such “strategies” had recently changed, but did not elaborate further.