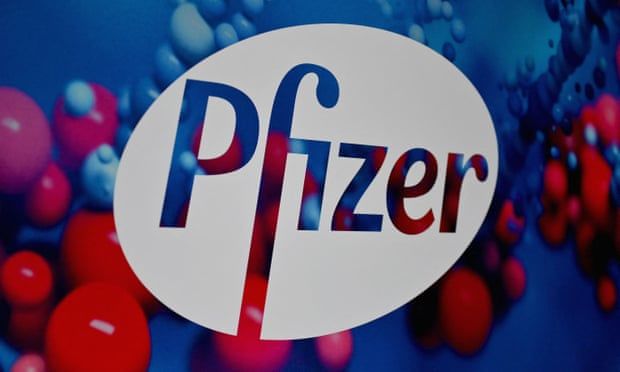 Pfizer and Flynn accused of overcharging NHS for anti-epilepsy drugs

Competition regulator the CMA alleges drugs firms abused dominant position with unfairly high prices
Pharmaceutical companies Pfizer and Flynn have been accused by the UK’s competition watchdog of illegally overcharging the NHS for vital anti-epilepsy drugs by abusing their dominance in the market to raise prices overnight.

The Competition and Markets Authority (CMA) has confirmed its 2016 finding that the pair exploited a loophole to charge unfairly high prices for phenytoin sodium capsules by debranding the drug, known as Epanutin, in 2012 so it would not face price regulation.

The watchdog began reassessing the case after Pfizer appealed against the CMA’s 2016 fine of £84.2m – a record at the time – imposed after the price charged to the NHS for the drug rose by up to 2,600%. Flynn Pharma, a drugs distributor, faced a fine of £5.2m for charging excessive and unfair prices for phenytoin sodium capsules.

Although the Competition Appeal Tribunal upheld parts of the watchdog’s findings, it referred the matter of whether Pfizer and Flynn abused their market position back to the CMA for further consideration.

The CMA said that after carefully assessing further evidence it believed the pair were able to abuse their dominant position to overcharge the NHS, by debranding the capsules which are used by an estimated 48,000 epilepsy patients in the UK to prevent and control seizures.

Pharmaceutical companies have been accused of exploiting a loophole in controls designed to curb the price of drugs bought by the NHS. The cost of patent protected drugs is controlled by caps that restrict how much profit a company is allowed to make. Unbranded drugs do not face the same restrictions because, in theory, the competition between rival unbranded generic products should keep prices down. By debranding, drug companies producing medicines with limited competition can sidestep the controls and demand steep price hikes.

A cheaper, rival version of the phenytoin sodium capsules emerged on the market after the debranding, but it struggled to gain market share because the clinical guidance issued to doctors said to keep patients on the same manufacturer’s version.

The government has now passed legislation that allows ministers to impose lower prices on unbranded generics if it is thought the NHS is being ripped off.

According to the CMA’s provisional findings the overnight price rise meant the NHS spending on the drug soared from £2m a year in 2012 to about £50m in 2013. For over four years, Pfizer’s prices were between 780% and 1,600% higher than it had previously charged. Pfizer then supplied the drug to Flynn which charged prices between 2,300% and 2,600% higher than those they had paid previously.

“Thousands of patients depend on this drug to prevent life-threatening seizures as a result of their epilepsy,” the CMA chief executive, Andrea Coscelli, said. “Protecting these patients, the NHS and the taxpayers who fund it, is our priority.”

Pfizer and Flynn have an opportunity to respond to the CMA’s provisional findings before the regulator reconsiders whether they broke the law.

A spokesperson for Flynn Pharma said it was “disappointed” by the watchdog’s provisional findings. He added that Flynn has consistently asserted that the case was “fundamentally flawed” and that the company had “not infringed competition law or exploited any loophole”.

A Pfizer spokesperson said the drugmaker “continues to cooperate fully with the CMA’s ongoing investigation”.

In recent weeks the CMA has fined a string of pharma companies linked to Auden Mckenzie and Actavis UK, now known as Accord-UK, a total of 260m for inflating the price of hydrocortisone, which is used by tens of thousands of people in the UK to treat adrenal insufficiency, which includes life-threatening conditions such as Addison’s disease.

It also imposed fines of more than £100m on the pharmaceutical company Advanz and its former private equity owners after it was found to have inflated the price of its liothyronine tablets, which are used to treat thyroid hormone deficiency, by up to 6,000%.
#Pfizer
Add Comment