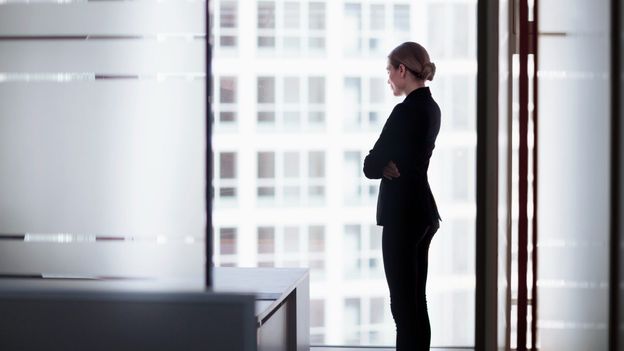 Transparency around salaries can arm marginalised workers and close the wage gap. But in the US, many workers still can't talk about pay.

When Naomi's former boss called her in for a stern talking-to, she had no idea it was illegal to prevent workers from having salary discussions.

At the time, Naomi, whose surname is being withheld on job security concerns, had been hiring for a position under her at a Seattle-based marketing firm. “There was another co-worker I thought might be a candidate. She asked me how much it paid. We weren’t at the stage where we were telling outside recruits that information, but it made sense to me that she’d want to know, so I told her.”

When the colleague used that knowledge to negotiate a pay rise for her existing position, the leadership blamed Naomi. “I got called into my boss’s office for ‘arming her’ with that information. It was a message like, ‘you hurt the company’,” she says. “I definitely felt like I had done something wrong… but I also felt like I had done something right, even though it was against the rules.”

In many sectors in the US, a combination of longstanding taboos and company policies keep people from discussing how much money they make – a phenomenon known as 'pay secrecy'. Despite legislation that prohibits companies from punishing workers who disclose their pay, many people still work in environments where they don’t or can’t talk about money – something that has profound knock-on effects on wage equality.

The still-delicate subject of salary

“In the United States, the National Labor Relations Act of the 1930s protects workers’ rights to discuss their pay,” says Shengwei Sun, senior research associate at the Washington, DC-based Institute for Women’s Policy Research (IWPR). “But we still find that over half the workers in the United States are subject to pay secrecy.”

That’s the result of social taboos, company cultures or formal policies which, despite being outlawed, persist. Taboos endure because many people are taught that it’s rude to discuss money. Companies can often foster cultures that discourage the sharing of salary information and at 20% of companies, according to the IWPR report, there are actual gag orders. The latter is blatantly illegal, says Sun, but a lack of enforcement means the companies are almost never called out.

Companies are motivated to promote pay secrecy, either covertly or overtly, because it often saves them money. It can mean that new hires don’t know what kind of a salary is reasonable for their role – and some may end up receiving lower pay as a result. It can also affect workers already on the career ladder; if people aren’t aware they’re underpaid in comparison to their colleagues, they’re less likely to ask for – or have the leverage to secure – large pay rises.

Of course, this practice affects some groups of people more than others. It impacts particularly women and members of minority groups who tend to be paid less than white male counterparts. These groups face more challenges negotiating for fair pay – which then feeds into the enduring wage gap. “A lack of knowledge about who makes what within organizations contributes to the continuing disparity,” reads the IWPR paper. In environments with less pay secrecy, studies show, the wage gap between white male employees and everyone else is smaller.

Naomi believes she and her colleague caught the wrong end of an informal pay-secrecy policy, in part because of who they were. “We were two youngish women,” she says. “I was probably not quite 30 when this happened, and the other woman was around the same age. We had all of these older corporate men with a lot of years of experience telling us we were being unprofessional. Everything felt very futile.” 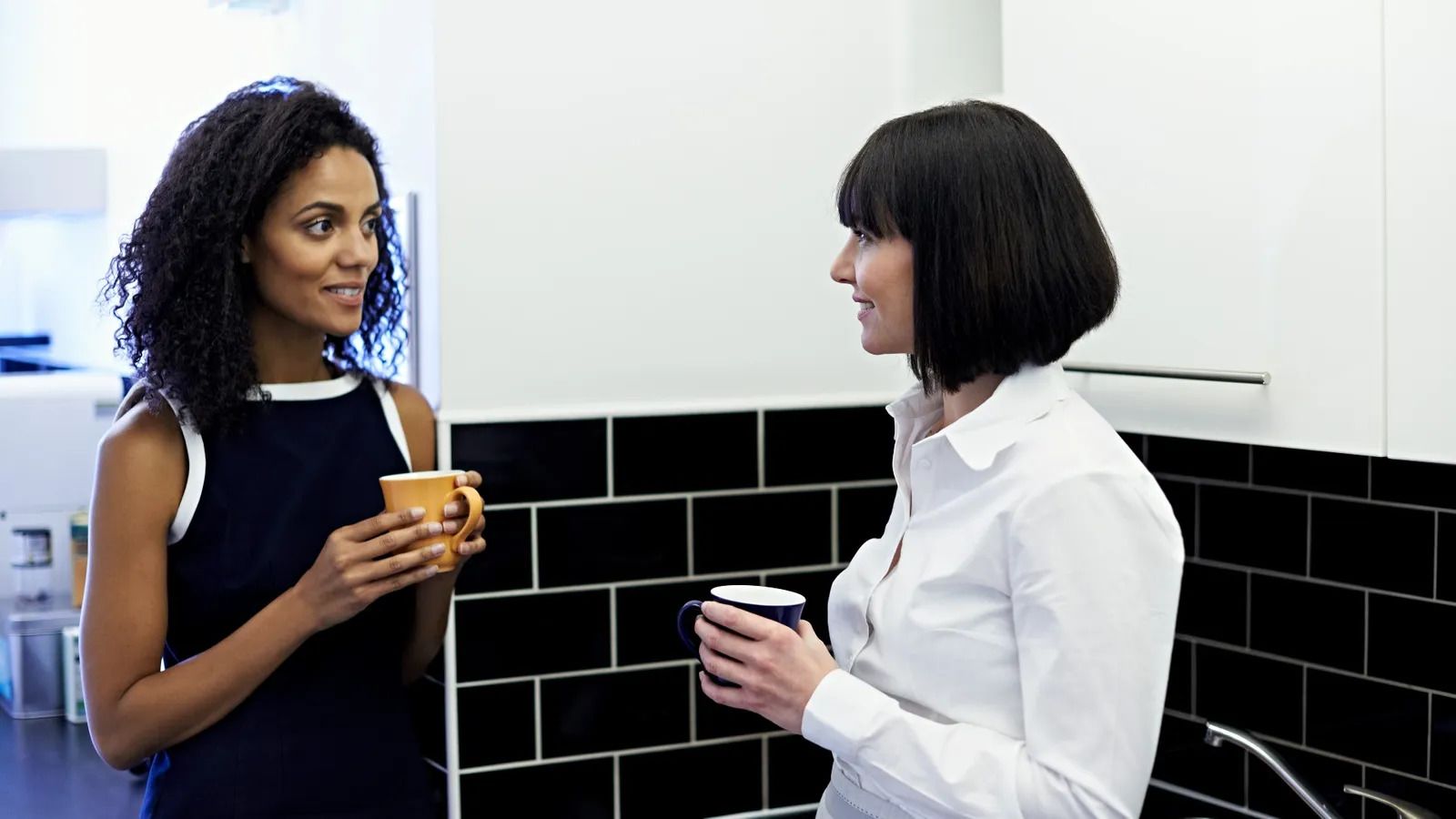 Experiences like Naomi’s can occur across companies of all types. A 2017 study in the journal Social Science Researchshows that two characteristics influence the likelihood of a pay secrecy rule: market sector and union membership. Government and public sector employees and union members are least likely to work under a policy of pay secrecy. “By contrast,” according to the IWPR report, “just one in ten private sector workers report that pay information is public at their workplace.” That holds across private and non-unionised companies of all shapes and sizes.

Growing awareness of pay secrecy and its damaging impacts could perhaps contribute to a shift, however.

Millennials and Gen Z employees in the US, for example, are beginning to push the envelope on pay; the IWPR survey shows they’re nearly twice as likely as baby boomers to discuss money with their colleagues. Sun attributes this to the challenges facing younger workers, like graduating into a recession and a trend towards more precarious employment. “That’s shifting attitudes toward work and fairness,” she says.

There’s also some positive news for women; while they are more likely to be subject to pay secrecy, “they’re also more likely to violate that policy”, says Sun. According to the IWPR data, more than 35% of women working under a salary discussion ban say they talk about pay anyway, compared to just 24% of men.

Recent years have also brought more clarity around best practice on transparency: many workers favour a non-specific kind of salary disclosure where firms reveal ranges, averages and information about wage gaps rather than individual data.

As soon as they’re mandated to release the information, they start giving raises and trying to fix the problem – Ricardo Perez-Truglia

Ricardo Perez-Truglia, associate professor of economics at the University of California, Berkeley, points to Denmark, where the government required mid-sized companies to share information about the pay gap between men and women. Soon after, data shows the gaps at those companies got smaller. “In Canada, there was a similar mandate for academics,” he adds. “What happened was the gender pay gap for faculty positions in Canadian universities shrunk from 10% to, like, 9%. It wasn’t a magical solution, but it moved things in the right direction.”

It’s likely, Perez-Truglia hypothesises, that the simple act of forcing companies to go public is enough to make them re-evaluate their pay scale. “The leadership is thinking: this looks really bad, and I’m worried the employees will be demoralised if they found out. Or it might leak, and it’ll be a scandal, and we’ll lose clients and it’ll be terrible. So, as soon as they’re mandated to release the information, they start giving raises and trying to fix the problem.”

Though the National Labor Relations Act has been in place since the 1930s, it’s not always well understood, says Sun. Many people, both workers and employers, have no idea it protects their right to discuss pay. In the US, more laws banning pay secrecy and preventing employer retaliation against those who share information have been passed since the NLRA. In 2014, President Barack Obama banned pay secrecy policies at firms contracted with the federal government, while since the mid-2000s, 17 states have passed their own laws, each slightly different from the next, outlawing the practice. But Sun says loopholes and weak enforcement mean that even employers who are found in violation of these laws are “usually subject only to minor fines and penalties”.

In 2010, Congress passed the Dodd-Frank Wall Street Reform and Consumer Protection Act, which requires large companies to report median salaries. However, the law was rendered essentially toothless when regulators adopted a proposal for a ‘shortcut’ calculation. Though the law calls for “the median of the annual total compensation of all employees” to be released, the shortcut means the company can report the median of a single employee’s salary instead.

That’s as close as the US has come to a federal law mandating that firms publish salary ranges or ratios, like those that exist in nations such as Norway, the UK and Australia, for example. A newly-passed state law in California requires that most employers with more than 100 workers release salary data. Similar laws are under consideration in other states, including New York and Rhode Island.

But for now, especially for private corporations, the decision to be transparent is an independent one. Some companies, like Starbucks and tech companies Buffer and Glitch, are making the choice on their own, but they remain the minority.

Mandated pay disclosures, says Sun, serve a purpose because if there is a disparity, the company needs to justify it. “It pushes the employer to really think about why they pay some workers lower than others,” she says. In their absence, more widespread change will require a cultural shift: employers changing their policies because they care more about employees than the bottom line, she says.