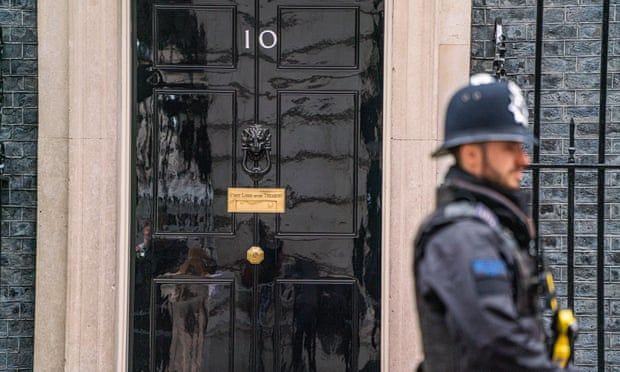 Scotland Yard announced on Thursday that it has concluded its Partygate inquiry. We look at what the police said, the unanswered questions and the dangers faced by Britain’s embattled biggest force.

What has the Metropolitan police announced?

The Met took many by surprise by declaring that Operation Hillman, its investigation into claims of illegal gatherings in Downing Street and Westminster during the Covid pandemic, had concluded with Boris Johnson to face no further fines.

The force said a total of 126 fixed-penalty notices (FPNs) had been levied against 83 people, on eight dates from May 2020 to April 2021. It declined to say which events fines had been issued for; on some dates there was more than one questionable gathering.

The Met investigation involved 12 full-time officers, with extra support when required, and cost £460,000. There were no face-to-face interviews, with all questions put to suspects in written questionnaires.

What do we actually know about those who got fined?

At least one of the recipients got five fines, with a total of 28 people getting multiple FPNs. Of the 126 fines issued, 53 were given to 35 men and 73 to 48 women. In virtually all cases FPNs will be £50 if paid on time.

The Met decided from the start they would not name those fined, nor state their seniority in government, because of national guidance.

But Johnson, his wife, Carrie, and the chancellor, Rishi Sunak, have previously confirmed they received one fine each for celebrating the prime minister’s birthday in Downing Street in June 2020. Helen MacNamara, the government’s former head of ethics, also confirmed she got an FPN for a leaving do for a fellow civil servant in the same month.

The Met said no one had contested the fines and most had paid already.

What rationale did the Met use for issuing fines?

The simplest criteria was clear evidence of law-breaking by people who knew or should have known what the rules were.

The force said: “A team of 12 detectives worked through 345 documents, including emails, door logs, diary entries and witness statements, 510 photographs and CCTV images and 204 questionnaires as part of a careful and thorough enquiry.”

A policing source said the Met were looking for “slam dunk” cases, so strong that they were very unlikely to be challenged, and in their statement the force seemed to confirm that. “Each line of enquiry looked at the date, the circumstances behind each event, and the actions of the individual, benchmarked against the legislation at that time, to establish whether their behaviour met the criminal threshold for an FPN referral to be made,” the Met said.

“We took great care to ensure that for each referral we had the necessary evidence to prosecute the FPN at court, were it not paid.”

Covid rules changed scores of times during the pandemic and the Met said this meant that “not all events were subject to the same restrictions”.

Initially the Met refused to investigate Partygate – . Do they now admit this was a mistake?

No. In reality, the force was waiting for findings from the senior civil servant Sue Gray’s as part of her inquiry for the Cabinet Office. It did not want to launch its own investigation only for the Gray inquiry to find no wrongdoing. While it says it acts without fear or favour, the Met has painful experience of tangling with politicians and the powerful.

Are all questions now answered and is Partygate over for the Met?

It is definitely not over. After the Met’s investigation comes the reckoning, including in the court of public opinion. The revelation that Johnson would escape with only one fine, despite claims he was an active participant at multiple events including serving drinks, has caused consternation.

One of the Met’s justifications for investigating was a fear that failure to launch a probe would damage confidence in the legitimacy of the law. The conclusion of the inquiry may still yet do that, long-term observers warn.

Former Met police chief and now Liberal Democrat peer Brian Paddick warned the force was open to claims it had bungled the investigation unless it explained itself. “The Met has no defence to the accusation that it gave the prime minister one FPN as that was the minimum he could be fined, but did not do so for other events for political reasons.

“The decision not to explain is a mistake. It was a mistake not to investigate in the first place. They said there was no need to investigate and then they issued 126 fines, which is not good for their credibility.”

A new test of the Met’s credibility will be the publication of the full Gray report, expected next week. People will match the findings against the Met’s. Paddick said: “There could be further questions for the Met to answer if Gray identifies the prime minister as being present at a party which Gray says breaks the rules.”

She is almost certainly right, but maybe not in the way she intended.