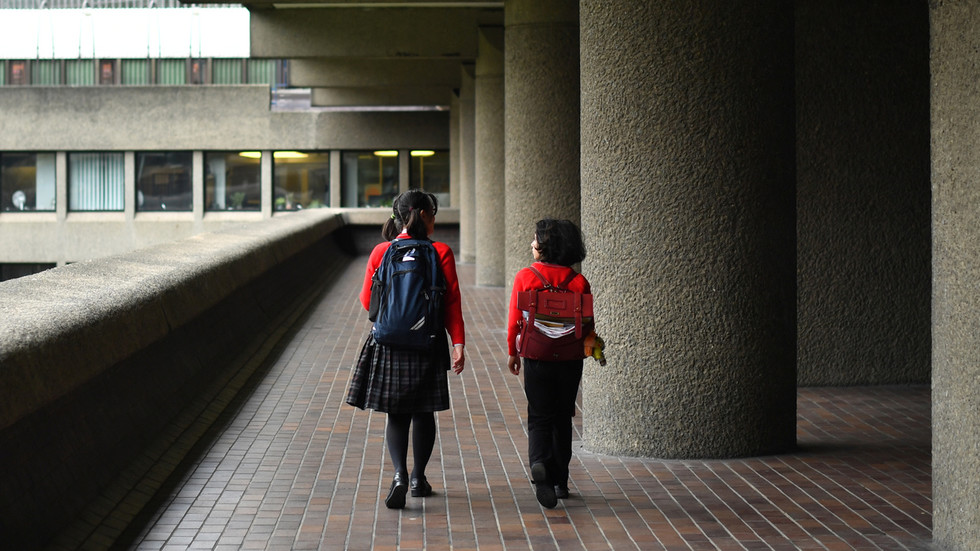 Parents have stepped up to defend the head teacher of a Kent boarding school after her groveling apology for offending students by tracing the roots of the UK’s Black History Month to a 1926 US observance of ‘Negro History Week’.
Samantha Price, head teacher of Benenden girls’ school, “unreservedly” apologized for her use of the word “Negro” during the assembly, historically contextualized as it may have been, noting some pupils had complained the term was offensive and appeared to have confused it with a similar-sounding racial slur.

While several parents stepped up to back the headmistress, none who spoke to the Times of London on Monday were willing to give their names, suggesting they, too, might be afraid of backlash, whether against themselves or their children from others at the school.

Explaining she was trying to impart to the girls “how far language around black people has come” since 1926, when the US first set aside a week to commemorate black history, Price insisted it was “never my intention” to “have caused offense to some pupils” with the historically-accurate assembly address, framing her use of the offending word as an “error.”

“In hindsight, I recognize that it was not necessary to use the specific word,” she stated, though it’s not clear what she thinks she should have said instead.

While just a handful of parents were willing to speak up for Price to the Times, including one prominent surgeon of South Asian descent who called her a “wonderful headmistress” for trying to promote “education and debate,” none who were quoted were willing to give their real names.

This would suggest that the head teacher’s apology may have had less to do with a few pupils’ complaints and more to do with forces present outside the school environment.

“I believe her point was not only to explain the origins of Black History Month but also to demonstrate how language evolves and changes its meaning over time,” another parent told the outlet. This individual seemed relatively well-versed in the history of the observance, citing black historian Carter G Woodson’s decision to title it ‘Negro History Week’. Yet, the parent still wouldn’t go on the record with their name.

That parent blamed the students’ “rumor mill” for implying that Price had in fact said the “n-word” instead of its more innocuous cousin, which was still being used by some black people to describe themselves racially in the Civil Rights era of the 1960s.

Price had also questioned the continued relevance of Black History Month in 2020 during her speech to the pupils, given that “black history should be fully immersed in UK culture by now.” It’s not clear if any of the students (or their parents) took offense at this.

Student “outrage” over the mishandling of Black History Month has been heavily hyped in UK media this year as months of protests against racial inequality have roiled the US and trickled over to its political allies. “Dozens” of students at Nonsuch High School for Girls apparently staged a protest earlier this month, five months after a student allegedly “expressed racist views” during a Snapchat argument with another student in the aftermath of black Minneapolis man George Floyd’s death in police custody in May.

The school insisted it only learned of the conversation a week before the protest and has since disciplined the student.

Meanwhile, numerous US colleges have been besieged by faculty demanding nothing short of a ‘woke’ return to segregation, with black faculty members to be given preferential hiring by committees of black administrators and subject only to review by members of their own race.
Add Comment