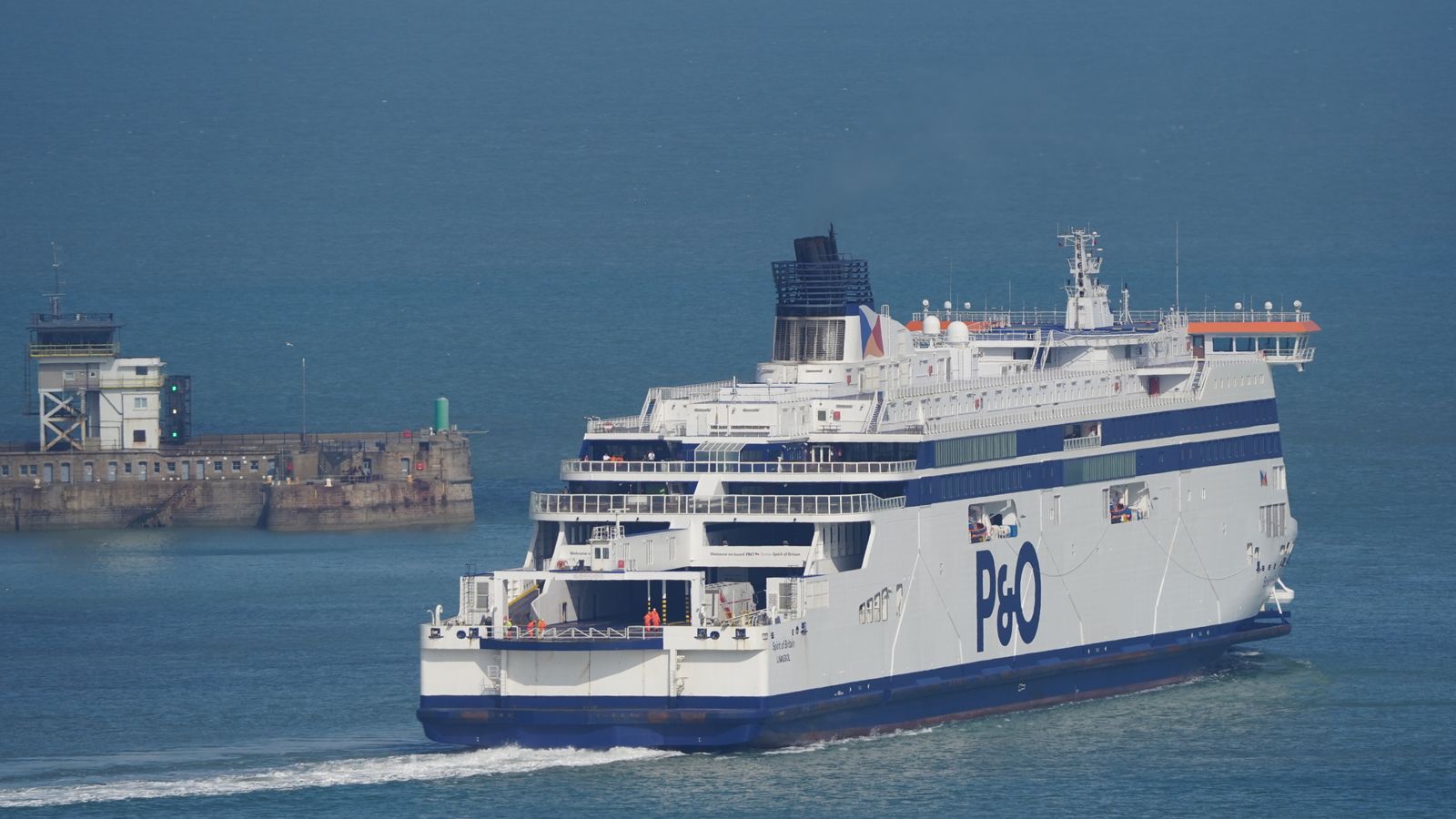 P&O Ferries will have "no choice in law" but to pay crew members minimum wage the transport secretary has warned after the firm's owner reported record profits following a controversial mass sacking.

Issuing the ultimatum, Grant Shapps said the company will be forced to back down and so should make the change now.

He also repeated his demand for the P&O boss Peter Hebblethwaite to quit.

The firm's decision to fire 786 crew members without notice earlier this year and replace them with much cheaper agency workers sparked outrage.

Mr Hebblethwaite subsequently admitted to MPs the firm broke the law by not consulting on the move, because no union would have accepted it proposals.

While this was below the UK's national minimum wage of £9.50 per hour, he insisted this was permitted under international maritime laws.

There was fresh condemnation this week as the Dubai-based owner of the ferry operator, DP World, said it had made a profit of $£884m (£736m) over the six months to the end of June.

Responding, Mr Shapps said: "I think their boss, the CEO needs to resign. He's still under investigation, which is absolutely right over the way that he behaved."

He pointed to legislation currently going through Parliament which aimed to ensure that seafarers on vessels regularly using British ports are paid minimum wage.

Those failing to comply face being fined or barred access.

Mr Shapps said: "P&O are going to have overturn what they have done here. They will have no choice in law very shortly.

"They should recognise that and make that change now."

Frances O'Grady, the secretary general of the Trades Union Congress, said: "These eye-watering profits have come off the back of P&O illegally sacking hundreds of dedicated staff.

"They are an insult to common decency."