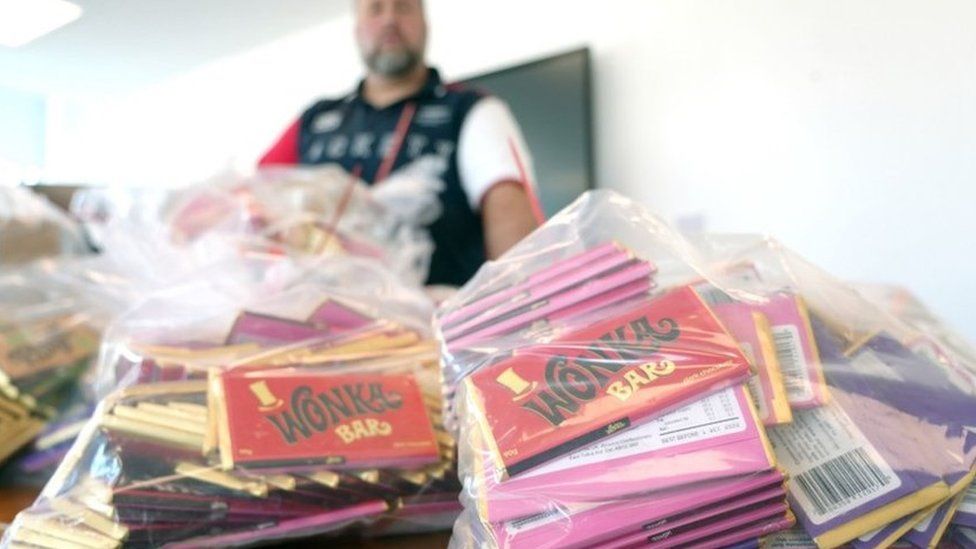 A haul of counterfeit chocolate bars has been seized in raids on American candy shops on Oxford Street.

The "Wonka Bars" were confiscated on Tuesday by trading standards staff, who took merchandise worth about £100,000, according to Westminster Council.

The Food Standards Agency (FSA) warned: "If you have bought these knock-off bars, do not eat them."

The council has been targeting US-themed sweet shops amid claims nearly £8m of business rates are owed.

It says it has netted about £475,000 of counterfeit and illegal goods in the past six months.

Council leader Adam Hug said: "We need landlords to take responsibility about who they let to." 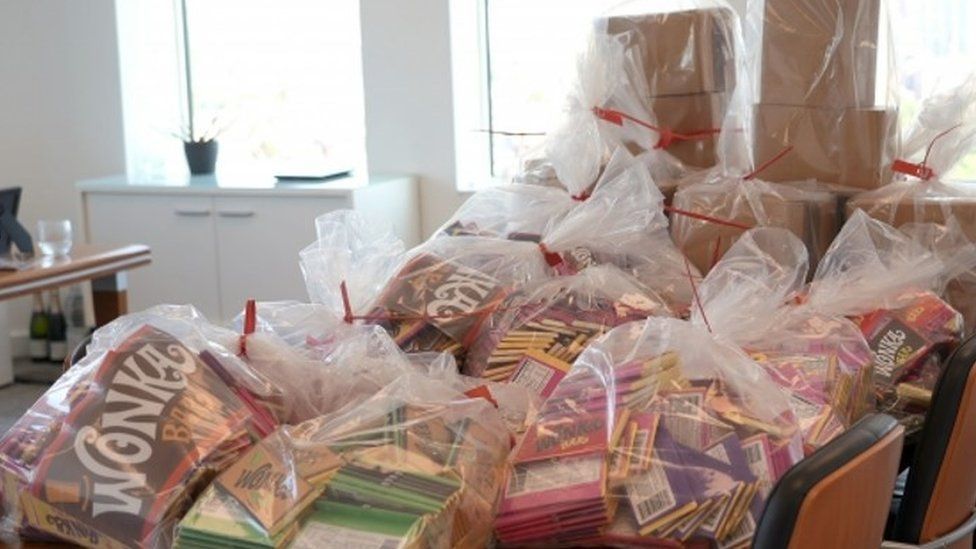 "The problem is that owners of buildings are turning a blind eye to those who sublet them as it means they are not liable for business rates," the new council leader said.

"This needs to stop and we will be stepping up pressure on landlords to make it clear they are responsible for Oxford Street being overrun with these kinds of stores."

The FSA has also issued a warning as it believes the chocolate is being produced or repackaged by unregistered businesses and individuals who could be bypassing food hygiene, labelling and traceability laws.

Tina Potter, from the FSA, said some of the counterfeit bars had been found to contain allergens that were not listed on the label, posing a major health risk to anyone with a food allergy.

She said: "There is no way of knowing what ingredients are in these bars or what food hygiene practices are being followed by the people making or repackaging them."

She added that any Wonka-branded chocolate without a Ferrero trademark was likely to be counterfeit.