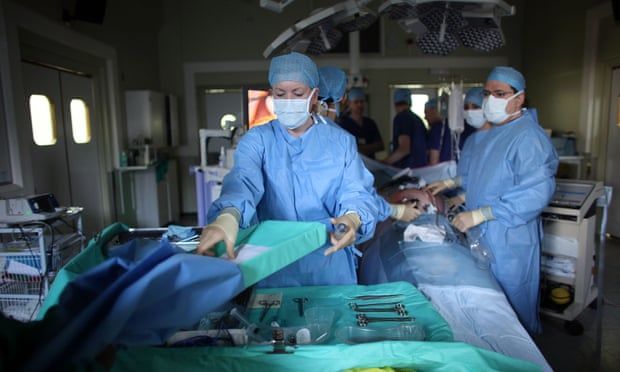 Nearly 40% of doctors who trained abroad do not have legal representation, compared with 25% of doctors who qualified in UK
Doctors from overseas working in the NHS are more likely to be suspended or struck off when they have no lawyer to represent them at a disciplinary hearing, new figures show.

The findings have raised fresh questions about whether the General Medical Council (GMC) displays “systemic racial bias” in its treatment of foreign-born medics accused of wrongdoing.

When doctors who graduated abroad do not have legal representation upon attending a tribunal hearing, more than four out of five (83%) end up being suspended from work or struck off from the UK medical register, GMC figures show.

That is significantly higher than the 55% of suspended or struck off overseas medical graduates who had representation. The hearings fall under the responsibility of the Medical Practitioners Tribunal Service (MPTS), the GMC’s disciplinary arm.

Similarly, while the MPTS panel decided that only 8% of those without representation should face “no impairment” of their medical practice, the figure was much higher – 27% – among those who did have a lawyer with them. In addition, many in the latter group received nothing more than a warning, in which doctors are told that their conduct is below the acceptable standard.

A total of 37% of UK doctors who trained abroad do not have legal representation when they attend an MPTS hearing, compared to 25% of doctors who qualified in the UK.

The GMC figures, which cover the years 2018–21, were obtained by the Medical Protection Society (MPS), which represents doctors whose conduct has drawn complaints from members of the public, using freedom of information laws.

Dame Jane Dacre, the president of the MPS, said: “The fact that so many doctors coming to work in the UK have no one to defend their interests, provide legal advice and guide them through what is a lengthy, stressful and complex regulatory process, is worrying. I am deeply concerned for them.

“The difference in outcomes when an overseas graduate has legal representation at their tribunal is stark and shows just how essential it is. Those without are clearly greatly disadvantaged, coming out of the process facing significantly harsher sanctions, which can so often be career-ending.”

Dr Ramesh Mehta, president of the British Association of Physicians of Indian Origin, said many overseas-trained doctors were unaware that they are only covered by the NHS’s collective insurance policy for alleged medical negligence, and not for complaints about their personal behaviour.

“It’s very unfair that these doctors aren’t properly informed and therefore aren’t properly represented” because they have not joined a medical defence organisation, he added.

Dr Jenny Vaughan, the chair of the Doctors’ Association (DAUK), said: “This research by the MPS shows the injustice of what is happening to overseas graduates who come to this country and provide a vital service for our patients.

“As a country, we cannot have it both ways. We should not expect our health service to be propped up by overseas graduates and then just let them face such serious consequences without proper support.”

The GMC has pledged to eradicate “disproportionate complaints from employers about ethnic minority doctors”, after complaints that the disciplinary system was racist.

Dr Chaand Nagpaul, chair of council at the British Medical Association, said that the GMC’s bias against ethnic minority doctors had been proven last year when the regulator was found to have discriminated against Dr Omer Karim, a cancer surgeon, on the grounds of his race.

“It’s a tragedy to think that the NHS might already have lost talented professionals” because of the large number of foreign-trained doctors who have been struck off when they faced an MPTS hearing alone, added Nagpaul.

The GMC said that any doctor who faces a hearing without legal representation is at risk of a negative outcome, regardless of where they are from.

A spokesperson said: “Our own published peer-reviewed research shows that any doctor who doesn’t attend their hearing or have legal representation is more likely to receive more serious outcomes at hearings. That same research shows that tribunal outcomes are unrelated to whether doctors qualified in the UK or not. Non-attendance or lack of legal representation puts any doctor at a disadvantage.”
Add Comment