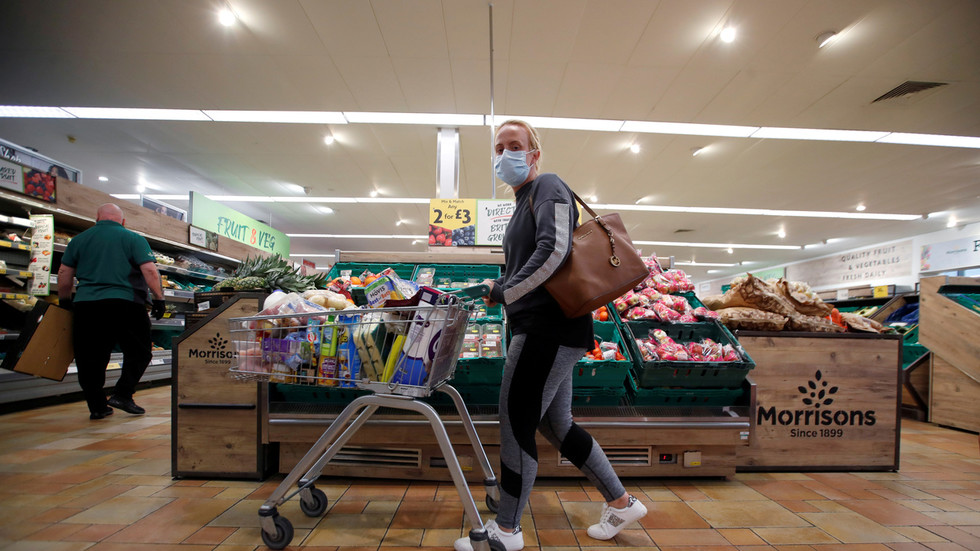 Over 80% defy Covid-19 self-isolation rules, more than half display poor knowledge of symptoms

Fewer than one in five people in the UK displaying Covid-19 symptoms decide to self-isolate, a fresh study has revealed, and over 50 percent of Britons only have a very vague idea of how the disease manifests itself.
Just over 18 percent of people in the UK who reported symptoms of the novel coronavirus stayed at home for at least a week after the symptoms developed, a new study carried out by the King’s College London together with Public Health England has shown – that’s despite the fact that anyone who might have the disease is officially required to self-isolate for at least 14 days.

The UK government’s Test and Trace program, launched to get a grip on the epidemic, has arguably only made things worse, the data shows, since just over 10 percent of people told to stay home by the NHS Test and Trace service following close contact with an infected person actually did so.

The most common grounds for breaking self-isolation ranged from the need to replenish food and drugs supplies and the need to visit a doctor for an issue unrelated to Covid-19, to a simple belief that the symptoms “got better.” People from low-income groups and those working in key sectors were also revealed to violate the self-isolation rules more often.

“Our results suggest that financial constraints and caring responsibilities impeded adherence to self-isolation, intending to share details of close contacts, and quarantining of contacts,” the pre-print of the study published last week said.

Intention to self-isolate was visibly higher, however, with three quarters of respondents who took part in the study while not displaying any Covid symptoms saying they would stay at home should they fall ill. Some 65 percent also declared they would do so if contacted by the NHS tracing service.

Such a disparity in the survey results might be partly explained by the fact that less than half of Britons actually know what the dreaded disease looks like in practice. Just over 48 percent of respondents questioned between March and August successfully identified cough, fever and loss of sense of smell or taste as Covid-19 symptoms.

The study also showed that just under 12 percent of people in the UK who developed Covid-19 symptoms had requested a test to find out if they actually contracted the disease. The report, based on 21 surveys conducted between March 2 and August 5 and involving responses from a total of 31,787 people over 16, comes as the UK braces for the second wave of coronavirus.

The situation has prompted London to introduce a new set of restrictions, which Prime Minister Boris Johnson has said may remain in place for up to six months. The government has introduced hefty fines of up to £10,000 ($12,780) for those breaking the self-isolation rules and encouraging or forcing others to do so. It also introduced support payments of £500 ($636) for low-income groups to encourage them to stay at home.

The new regulations are due to come into effect in England on Monday, and the government is holding talks with Scotland, Wales and Northern Ireland to make them UK-wide.
Add Comment