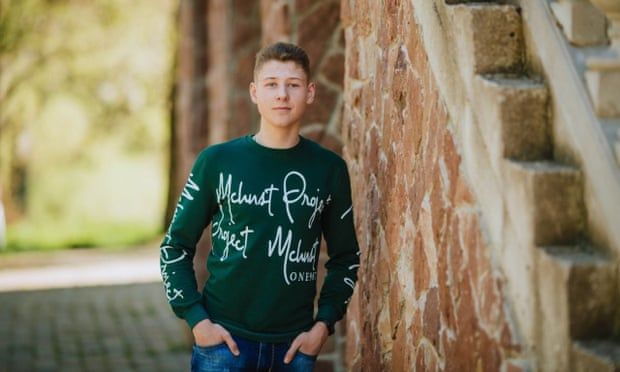 Most are teenagers who thought they would be eligible and have British families waiting to host them, but have heard nothing from the Home Office.

Many have been waiting for two months or more without an answer due to indecision about how to handle their cases.

Some are alone in Europe having left home thinking they would soon be joining a British family that is ready to welcome them. Others are with adult siblings or family friends who have been made legal guardians but still have no permission to come.

About 25 unaccompanied children were allowed into Britain during the first two weeks of the Homes For Ukraine scheme and ended up in care as a result, sources say.

Though the policy now says children cannot travel without their parents unless they are with a legal guardian, the Home Office has not been offering a decision or solution to all those who applied before this was set out.

Even teenagers travelling with adults who have been made legal guardians by their parents are among those caught up in the deadlock.

Stephen Kinnock, the shadow immigration minister, said: “I have only this week raised concerns in a letter to the immigration minister regarding the government’s policy on unaccompanied minors, but this latest information reflects the potential scale of the problem.

“We understand that the government needs to undertake comprehensive safeguarding checks but there is a particular question about why long delays are still happening in instances where a parent has already completed the relevant paperwork which grants permission for their child to be placed in the care of a relative.”

Earlier this month, the Guardian told the story of Nazarii, 17, who was listening to war planes flying overhead in his village in western Ukraine while he waited for a decision from the Home Office. A teaching assistant and her family in Hampshire were ready to host him but he had heard nothing since submitting an application on 11 April.

More than three weeks later, he is still in Ukraine with no refusal or update. “The Home Office hasn’t given me any information. I don’t know what to do,” he said. “If it’s a refusal, OK, but without any information it’s impossible.”

Beth Gardiner-Smith, the chief executive of the child refugee charity Safe Passage, said: “We know of far too many children who are currently stuck in limbo, alone in Ukraine and neighbouring countries, who are desperate to join their sponsors here in the UK. Unacceptably, this is leaving lone children in dangerous and vulnerable positions, at risk of exploitation.”

Gardiner-Smith said the government should expand the Homes for Ukraine scheme to include unaccompanied children by working with local authorities and charities to ensure safeguarding.

Even those with British hosts ready to foster children have had no decision. Among these is severely autistic 16-year-old Timothy Tymoshenko, who the Guardian reported is still waiting in Poland to be allowed to join a British foster carer.

The situation is so critical that sources said it was the biggest point of concern at the latest weekly meeting of MPs’ offices with the Home Office.

Krish Kandiah, the founder of the Sanctuary Foundation, which is supporting British hosts in the Homes for Ukraine scheme, said: “It is disturbing to hear that unaccompanied minors seeking to leave Ukraine for their own safety are waiting so long for visas when I know that there are foster carers like my own family and other appropriate hosts in the UK that are willing to care for them.”

A government spokesperson said: “Due to safeguarding concerns, unaccompanied minors are only eligible under the Homes for Ukraine scheme if they are reuniting with a parent or legal guardian in the UK.

“The Ukrainian government has been clear that their preference is children should not be taken from Ukraine without their parents and that moving a child from their home region must be in their best interest.”
Add Comment