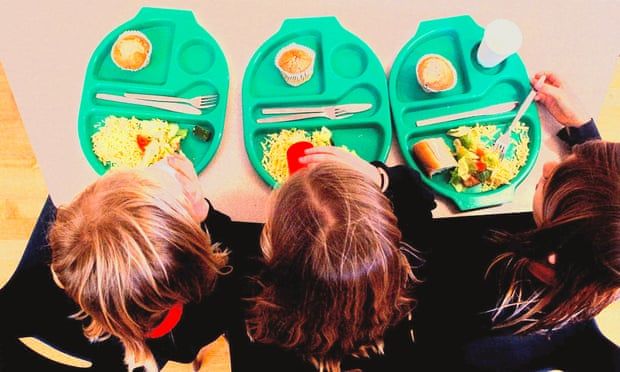 Exclusive: Report for Aberlour children’s charity reveals scale of school meal debt for first time
More than £1m is owed by families across Scotland who are unable to pay for their children’s school meals, new research has found.

The report for the Aberlour children’s charity, seen exclusively by the Guardian, reveals the scale of school meal debt for the first time, and details an “alarming” rise in hidden hunger among Scotland’s school pupils.

Morag Treanor, the report’s author and a professor at the institute for social policy, housing and equalities research at Heriot-Watt University, said the £1m figure was just the tip of the iceberg.

Treanor said there were “unquantified levels of hidden hunger in secondary schools”.

In the process of producing the research, young people have told Aberlour that their friends who are not eligible for free meals are going hungry at lunchtimes, while others deliberately save their lunch money to give back to their parents.

One boy explained: “In my friend group, I’d say about half of them can’t eat food when we go out, so you see people buying food for their friends … We go to Greggs and, because I’ve got like £3 or £3.50 to spend, I’ll get two yum yums and a sausage roll and I’ll give them the yum yums.”

Further research highlighted the stigma for secondary pupils going to the school office to request a voucher that identifies them as having no money on their school meal account. In some local authorities, issuing a voucher is discretionary or may limit food choices available.

Treanor also identifies varying debt recovery systems between councils, which she describes as “a hammer to crack a nut … some local authorities refer it to their debt recovery services when it reaches £10”.

The report emphasises how little the income thresholds for eligibility for free school meals have changed in 20 years, meaning low-income working families “have been gradually excluded from the free school meal system over the years because of these thresholds not keeping pace”, she says.

It comes as the former children’s commissioner for England Anne Longfield, who is chairing a year-long commission on young lives, called for free school meals to be extended to all families on universal credit.

The Aberlour report calls for the Scottish government’s commitment to universal free school meal entitlement for all primary classes to be implemented immediately, and for similar entitlement for secondary pupils to be implemented before the end of this parliament. It also calls on the Scottish government to increase the free school meal threshold to £25,190 and to have it increase annually in line with inflation.

“This is the big ask,” said Martin Canavan, the charity’s head of policy and participation. “The Scottish government can do that through devolved powers. Far fewer families are eligible for free school meals now than they were 20 years ago when the thresholds were first introduced, despite the fact that in the last 10 years we’ve seen child poverty significantly rise.”

Holyrood should consider access to food as a children’s rights issue, adds Canavan. “Scotland is looking to incorporate the UNCRC [UN convention on the rights of the child], which is a significant commitment we absolutely support, but we need to recognise that the issue of school hunger and significant numbers of children going hungry every single day is actually a breach of children’s human rights.

“Looking towards universal provision would be one way to make sure all children have that right to eat and be fed.”
Add Comment