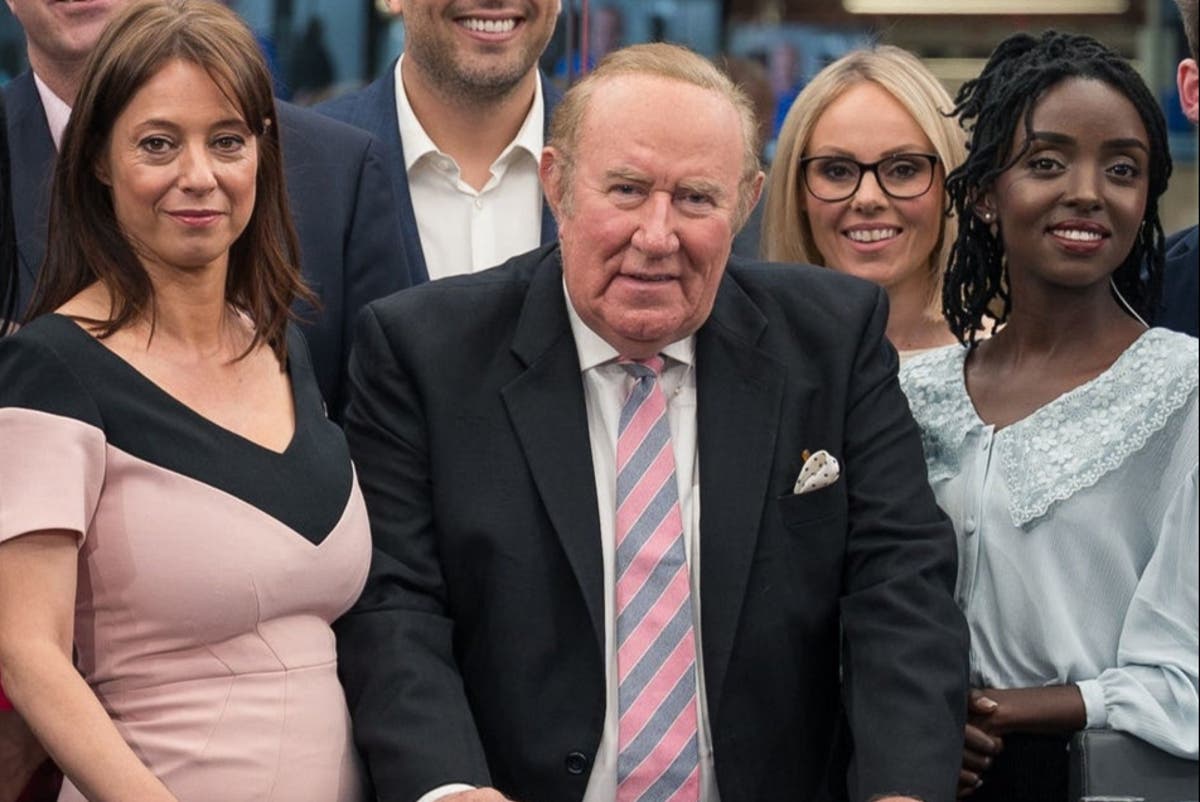 Feuds, resignations, endless technical gaffes - and hardly any viewers, Ian Burrell reports on the crisis at the much-hyped news channel

For six tempestuous weeks GB News has been haunted by internal feuding, senior resignations, relentless technical problems, the evaporation of its television audience and pitiless mockery from those who wish it to fail. “We are less than two months old and we are being written off already,” complains one staff member. Now, after one of the most highly anticipated and calamity-strewn media launches of modern times, the anti-woke news channel has ordered a sweeping overhaul of its operations to salvage the beleaguered project.

With an exhausted GB News chairman Andrew Neil taking an R&R break in France, and senior executives John McAndrew and Gill Penlington having walked out, Angelos Frangopoulos, its bullish Australian chief executive, has seized the editorial reins and is overseeing plans for a widespread refresh of the output in September. Having brought his family to England, he is living out of a hotel to maximise his working hours. “He’s had enough of where it was going and put his foot on the accelerator,” says one source. “He really needs this to work.”

Frangopoulos seems to be drawing on the playbook of Right-wing channel Sky News Australia, which he built by hiring firebrand politicians. Nigel Farage has been parachuted into a peak schedule which Neil, the channel’s figurehead, has temporarily abandoned.

Making Farage the star host was not the original GB News plan. “It’s an editorial change of direction that has left a lot of people uncomfortable,” said one insider. Mainstream presenters say they were promised a politically balanced schedule. “I was told this is going to be LBC on the telly,” said one. 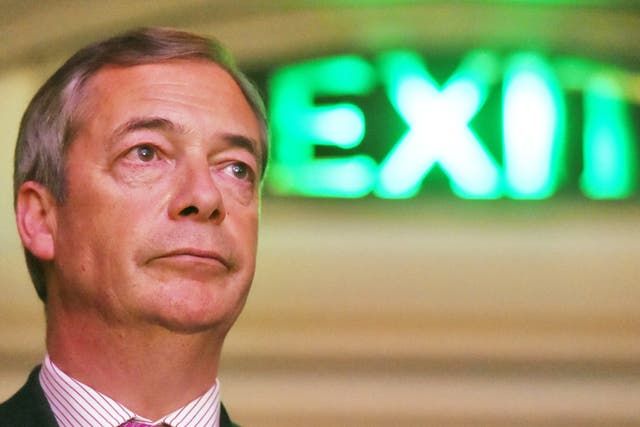 Initially, Farage was to present a weekend show in tandem with former Labour spinner Alastair Campbell, who met with Frangopoulos and was wooed by John McAndrew, the director of news and programmes, a well-known figure in TV news who has worked at Sky News and Euronews and played a role in getting presenters to join.

In pre-launch interviews, McAndrew insisted GB News would “come at things straight down the middle”, while Frangopolous said: “This is not going to be shouty, divisive television.” But problems began when the channel launched before it was ready. With the original March start date postponed, it was paying millions in monthly wages without advertising income. Shareholders, who include hedge funder Sir Paul Marshall and Dubai-based investment group Legatum, were anxious to get on air.

When GB News debuted on June 13, it was hampered by lockdown restrictions and seriously under-staffed. “We went to air with fewer than 100 people and always knew we would total about 140,” says one. Its technology failed. The set was so dark that viewers joked that Neil was in his “man cave”. Microphones dropped out and the unfinished studio echoed.

Sky News took its first steps over 30 years ago when a lack of satellite dishes meant almost no-one was watching its mistakes. GB News’s start took place in the glare of social media, with ideological enemies ready to amplify glitches and sabotage output, offering viewer questions from “Mike Oxlong” or baring their backside in a call to guest Laurence Fox. 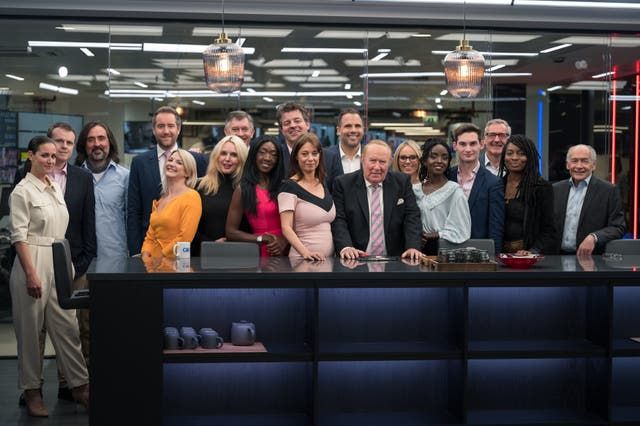 But ratings quickly declined, and even Neil’s flagship dipped to 33,000 viewers for one edition. On June 24, he announced he was taking leave for a “few weeks” after the channel’s “rocky start”. According to Enders Analysis, GB News must average 111,000 viewers to hit its targets and 139,000 to break even on an annual cost base of £25 million.

Things unravelled in mid-July. Senior executive producer Penlington, who was close to Neil, took staff concerns over production problems to Frangopoulos, who claimed the technology that the channel boasted would create “Britain’s most advanced newsroom”. According to one source: “All the presenters ended up moaning to her about the bad tech, lighting and sound and she became the conduit.” After that, Penlington departed.

"Two executives have walked out saying they can’t take any more... and it is unlikely Piers Morgan will join now"

On July 13, presenter Guto Harri took a knee in support of Gareth Southgate’s England, having discussed the idea with his editor and McAndrew. After a viewer backlash on Twitter, GB News suspended the presenter for breaching editorial standards, even though it had promoted the clip for two days on its social channels. “The fact that they did that they obviously thought this is exactly what we want,” says Harri. “I find it hard to accept that it was some sort of breach of their standards, because they put it out there.”

The day after Harri’s suspension, McAndrew, highly experienced and an ally of Neil’s, left the building, saying he could take no more. From France, Neil tweeted: “Start-ups are fraught and fractious.”

A channel dedicated to free speech had engaged in the cancel culture it professes to hate. “The style of news is going to become more aggressive because that’s what GB News viewers want,” says one inside source. “It’s confirmation TV.” Presenter Dan Wootton, one colleague observes, “throws so much red meat to the wolves that there is blood and gristle on the set”.

Frangopoulos’s taste for gladiatorial TV was evident in his subsequent email inviting Harri to confront Farage, a fierce opponent of the knee, in a live debate. Harri, who has left GB News, declined. 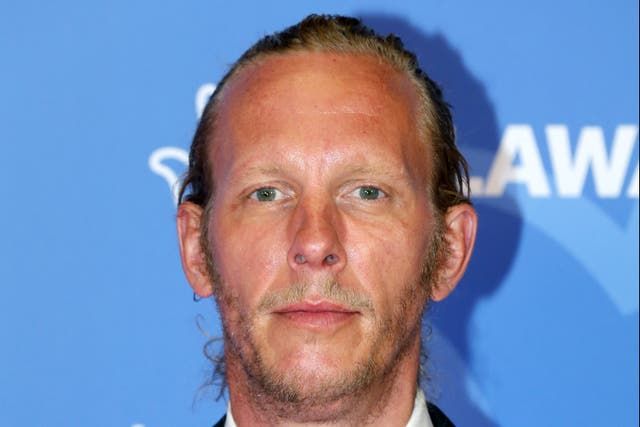 GB News operates from studios in Paddington Basin, amid smart restaurants and canal boat cafés. Its promise to report from beyond the metropolitan bubble now seems less convincing. “It was something that John [McAndrew] felt strongly about so without him it is vulnerable,” says Harri. But for all its setbacks, GB News is not going under. The channel’s £60 million funding provides security for three years.

While some GB News shows have rated zero audiences, its reach is growing online, where it already has a bigger social following than Times Radio. Next month it will simulcast its output on DAB radio, a media first.

Media analyst Alex DeGroote believes it’s not possible to “make much money out of [TV] news” but subscription revenue from a multi-platform business makes the project plausible. GB News has “deep-pocketed shareholders”. “It will be a modest to medium success on a two-to-three year view; demand is there. But it needs at least three trophy presenters.” 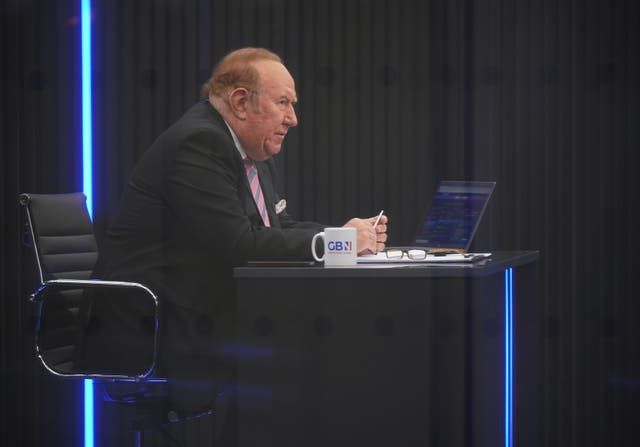 Despite speculation that he has left, Neil will return to GB News ahead of party conference season, as the schedule and studio are given an overhaul. “That’s the plan as things stand at the moment, back at the beginning of September,” he told the Standard.

Piers Morgan, who GB News continues to pursue, could be the third big-hitter, although a broadcaster who reached millions on CNN will take some persuading to work for a little-watched channel with no make-up department.

This channel has been both lampooned and ignored, but critics need to get used to something: GB News isn’t going away.