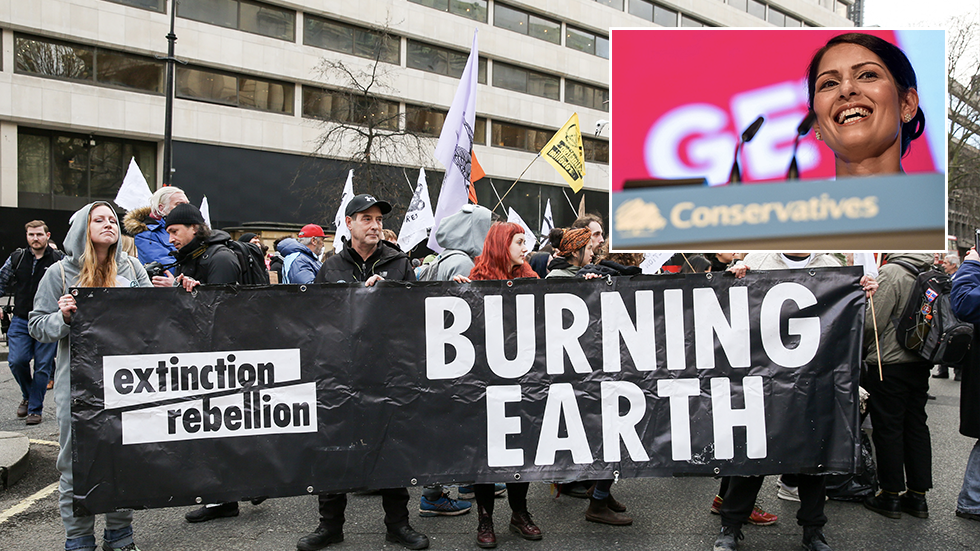 In an interview with LBC radio on Monday, Patel accepted that the environmental group was not a terrorist organization, but the decision to put XR on the UK terror list was made “in terms of risk to the public, security risks, security threats.”

XR came to prominence in 2019 after staging protests which caused chaos in a number of cities as members of the group blocked streets calling for action to tackle climate change. The group was included in a guide titled: ‘Safeguarding Young People and Adults from Ideological Extremism.’ The document, marked “official,” was produced by counter-terrorism police.

Patel’s comments drew an angry response from Labour leadership hopeful Rebecca Long-Bailey on Twitter, who said the home secretary’s “defence of listing XR alongside neo-nazi terrorists is a disgrace.”

The Home Secretary’s defence of listing XR alongside neo-nazi terrorists is a disgrace.

The real threat to the public is the climate emergency, not children fighting for their future. https://t.co/nF1uRnGnBB

XR staged mass demonstrations and a number of controversial stunts in London during April and October this year. In total, around 3,000 protesters were arrested.

The group’s protests throughout autumn caused major travel disruptions in the UK capital. Public opinion towards the group soured when members staged a demonstration at a London Tube station, climbing on top of train carriages until angry commuters pulled them back to the ground, allowing services to resume.