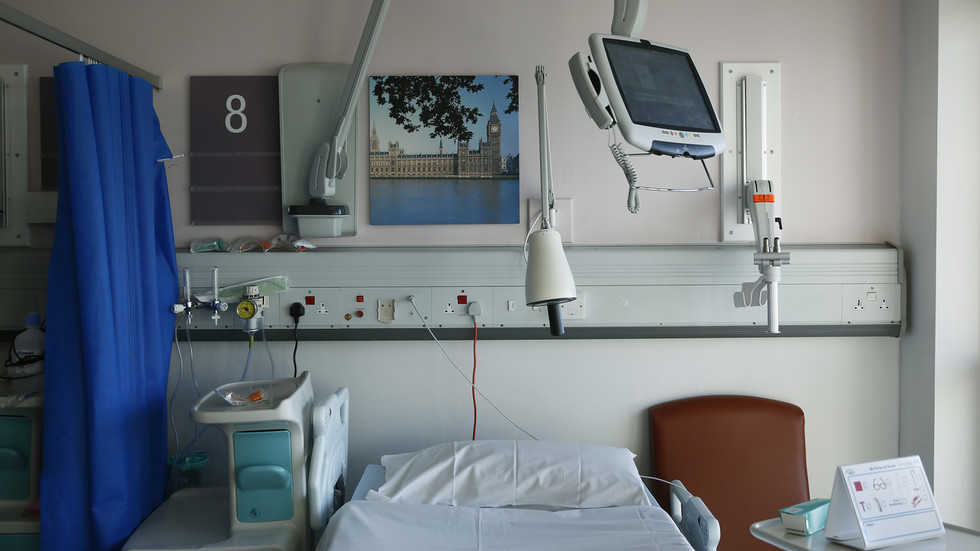 The UK national healthcare service has been infested by insatiable corporatism to the detriment of its patients, award-winning journalist John Pilger told RT. He warns that the situation is now set to get even worse.

The National Health Service (NHS) is on the edge the abyss and simple funding increase would hardly resolve this issue, the BAFTA award-winning documentary filmmaker told RT’s Going Underground. The problem? UK healthcare has been plagued with a systemic flaw and its name is “corporate managerial culture that is rife throughout the NHS.”

Pilger is convinced this would only serve to make British medical facilities less efficient.

“The influence of management consultancy was negative and destructive. And for that, the taxpayers paid hundreds of millions of pounds,” he said.

The renowned filmmaker blames this situation on a creeping offensive of the private industries on the public healthcare service.

Top positions within the service have by now been occupied by the members of corporate elites. One prime example is the current NHS CEO Simon Stevens, who spent a decade working for the United HealthCare – an American health insurance company that has a quite controversial reputation, according to Pilger.

Even though it doesn’t mean Stevens himself has to have a “notorious reputation,” he “spent ten years climbing the ladder of one of the most rapacious health insurance companies the world” and was apparently “committed to the company’s ethos” to such a point that he was eventually promoted to the position of the global health department before becoming the head of the NHS England under David Cameron’s government. Stevens’ tenure as the head of the NHS England was marked by arguably the “most devastating” funding cuts to the healthcare service, Pilger notes.

What the UK is facing as a result is an ever-shrinking public healthcare service, which is increasingly invaded by private industries. Pilger points out that the number of beds within the NHS has fallen from some 400,000-500,000 at its dawn in 1945 to about 130,000, while, the UK’s population period grew from 49 to more than 60 million people over the same period.

Up to £5 billion ($ 6.54 billion) worth of NHS money has gone to private healthcare contractors just recently, he added, explaining that it was all thanks to the 2012 Health and Social Care Act that “opened the floodgates to privatization.”

‘Sick made to vote for more sickness’

Although the problem with the NHS appears to be quite acute, the authorities still try to sweep it under the rug, Pilger believes. The airing of his latest documentary, dubbed ‘The Dirty War on the NHS,’ was delayed by the British media regulator Ofcom until after the general election, despite it being of tremendous public interest, he said.

“The film was shown three of four days after the campaign ended. As I say, it was perfectly correct under the Ofcom rules,” Pilger said, adding that “what we should be questioning is why a regulator has the power to in effect ban a program about a major issue of a British election campaign during the campaign.”

Ofcom has responded to Pilger’s accusation by saying it was “a post-broadcast regulator. We do not ban programmes or decide when they are transmitted. We have long-standing rules to ensure that all broadcasters are duly impartial on matters of major political controversy and current public policy. Those rules apply at all times, not just during election periods.”

The journalist and filmmaker warns that a horde of lobbyists and think tanks “are clustered around the Department of Health” and enjoy a free and unrestricted access both to the health authorities and Parliament, while relentlessly pushing for the NHS “reform.” This is surrounded by a massive propaganda campaign.

Pilger believes that the leaked NHS dossier unveiled by the Labour leader Jeremy Corbyn is genuine and hints at the potentially “devastating” future of the British healthcare under the Tory government as it might be eventually outsourced to private and particularly American companies.

Though the NHS “even more than Brexit touches everybody in this country”, it’s the row over Britain leaving the EU that hijacked the people’s minds in the run-up to the December vote, Pilger added.

“I can only guess that people, who voted to leave the EU for all kinds of reasons felt that their voice was treated with contempt as indeed it was. In many ways there was a class war. Why the poor should vote for more poverty and the sick should vote for more sickness? I cannot answer this question but it certainly happened.”