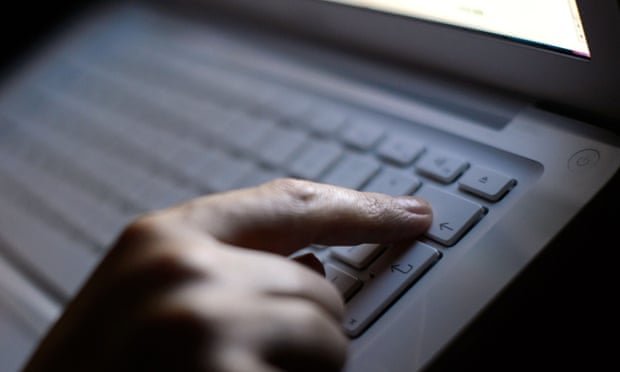 UK government sets out strict guidelines to govern removal of material promoting child sexual abuse and terrorism
Social media companies will need to remove and limit the spread of harmful content or face fines of billions of pounds, the UK government has announced, as it finally reveals the details of its proposed internet regulation.

The online harms bill, first proposed by Theresa May’s government in April 2019, sets out strict new guidelines governing removal of illegal content such as child sexual abuse, terrorist material and media that promotes suicide, which sites must obey or face being blocked in the UK.

It also requires platforms to abide by a new code of conduct that sets out their responsibilities towards children. The bill requires the most popular sites to set their own terms and conditions, and face fines if they fail to stick to them.

For the first time, online misinformation will come under the remit of a government regulator, in cases when content is legal but could cause significant physical or psychological harm to adults.

Ofcom, which has been confirmed as the regulator by the bill, will have the power to levy unprecedented fines of up to £18m or 10% of global turnover. That would leave a company such as Facebook potentially paying a £5bn fine for serious breaches. By contrast, GDPR laws cap fines at €20m (£18m) or 4% of global turnover. Ofcom will also have the power to block services from the UK entirely.

The government has backed down on one suggestion, made in the initial consultation, to bring criminal sanctions against individual executives. The legislation includes provisions for such penalties, but that power will need to be separately introduced by parliament via secondary legislation. The government says it plans to introduce that legislation only if companies fail to take the new rules seriously.

“Today Britain is setting the global standard for safety online with the most comprehensive approach yet to online regulation,” said the digital secretary, Oliver Dowden.

Dame Melanie Dawes, Ofcom’s chief executive, said: “We’re really pleased to take on this new role … Being online brings huge benefits, but four in five people have concerns about it. That shows the need for sensible, balanced rules that protect users from serious harm, but also recognises the great things about online, including free expression.”

The children’s commissioner for England, Anne Longfield, said she was pleased by the proposals. “The signs are that this regulation will have teeth, including strong sanctions for companies found to be in breach of their duties, and a requirement on messaging apps to use technology to identify child abuse and exploitation material when directed to by the regulator. However, much will rest on the detail behind these announcements, which we will be looking at closely.”

However, Adam Hadley, director of the Online Harms Foundation, described the proposals as “at best ineffective and at worst counterproductive”. He said: “Bad actors such as terrorists are more likely to be found on smaller platforms and websites they build and control themselves – not the big tech platforms the government’s proposals are targeting.

“Creating onerous financial penalties on tech companies only incentivises overzealous removal of content, leading to content that is not illegal being removed and pushing conspiracy theorists on to self-owned underground platforms, where their views cannot be challenged or easily monitored.”

The bill also drew criticism from digital rights groups. Dom Hallas, executive director of Coadec, which represents Britain’s startup sector, said the plans “risk being a confusing minefield that will have a disproportionate impact on competitors and benefit big companies with the resources to comply.

“Until the government starts to work collaboratively instead of consistently threatening startup founders with jail time, it’s not clear how we’re going to deliver proposals that work.”
#Facebook
Add Comment