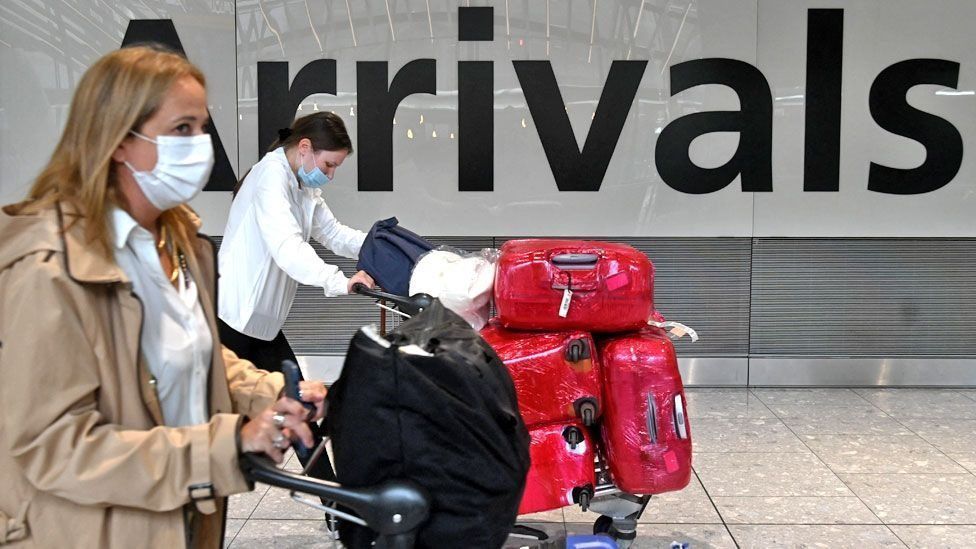 The Welsh government announced the move after the UK government brought in several new restrictions in England.

It comes as the Omicron variant of Covid-19 has been detected in Brentwood, Essex, and Nottingham.

The Welsh government said it was a "serious development", and ministers would meet over the weekend to discuss whether further action was needed.

Speaking at a press conference on Saturday evening, Prime Minister Boris Johnson said face coverings would become mandatory again in shops and on public transport in England from next week under a raft of measures to target the new Covid variant.

Face coverings are already mandatory in shops, health and social care settings and on public transport in Wales.

The new variant was first reported on Wednesday in South Africa, with early evidence suggesting it has a higher re-infection risk.

The Prime Minister warned that the new variant does appear to spread "very rapidly", and can be spread "between people who are double vaccinated".

The UK Omicron cases are linked and are connected to travel in southern Africa, where 10 countries have been placed on the UK's travel red list, meaning all arrivals will have to quarantine in a hotel for 10 days.

The UK's chief medical officer, Prof Chris Whitty, said there was a "reasonable chance" vaccines could be less effective against the new variant but stressed people who are vaccinated or receive the booster jab will be less likely to become seriously ill.

He said the Joint Committee on Vaccination and Immunisation would now need to decide whether to extend the booster vaccine down to adults age 18, and whether a second dose should be offered to children aged 12-15. 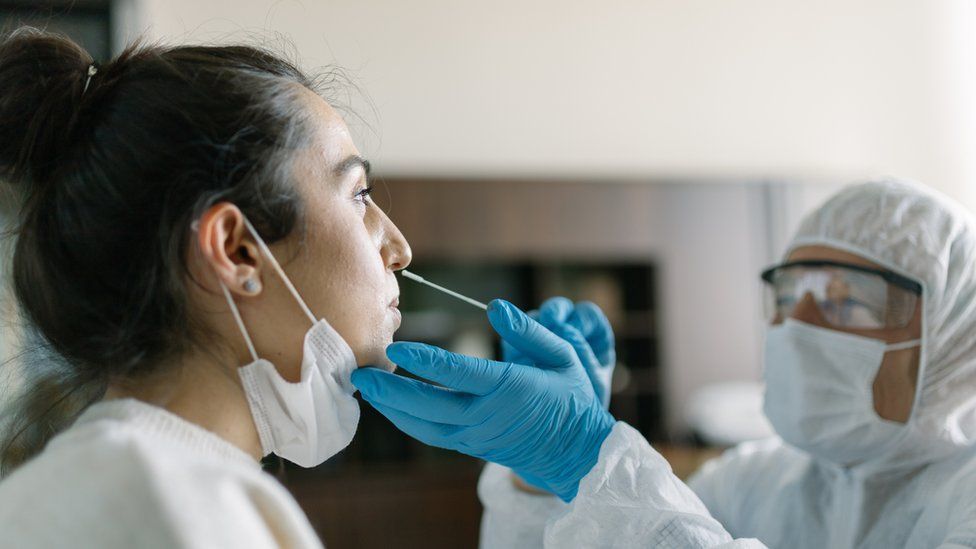 In October the UK government dropped the requirement to take a day two PCR test when returning to the UK, in favour of a cheaper lateral flow test

The Welsh government has criticised Downing Street for removing all countries from the red list prior to the identification of the Omicron variant.

It also said it was concerned with the replacement of PCR tests with lateral flow tests on day two for travellers returning to the UK.

Welsh ministers met on Saturday night and are expected to hold further discussions on Sunday.

A Welsh government spokesperson said: "The emergence of this new variant is a serious development in the ongoing pandemic and reinforces the need for everyone in Wales to get their vaccine or booster when offered, wear face coverings when necessary, and book a test if they develop symptoms.

"We have repeatedly raised our concerns with the UK Government about its decision to relax international travel rules quickly, precisely because of the risk of introducing new variants into the UK."

What were the previous travel rules?

Prior to the identification of the new variant, the UK government announced it would remove all countries from the red travel list on 28 October.

This meant fully vaccinated travellers from the seven countries previously listed would no longer have to quarantine in a hotel.

The UK government also dropped the requirement to take a day-two PCR test when returning to the UK, in favour of a cheaper lateral flow test.

The Welsh government adopted the same changes at the time, but raised concerns with the UK government for relaxing the rules too quickly.

The return of the UK's red travel list will require travellers from South Africa, Namibia, Zimbabwe, Botswana, Lesotho, Eswatini, Angola, Mozambique, Malawi and Zambia to quarantine in a hotel on arrival to the UK.

All contacts of suspected Omicron cases must self-isolate, regardless of whether or not they are fully vaccinated.