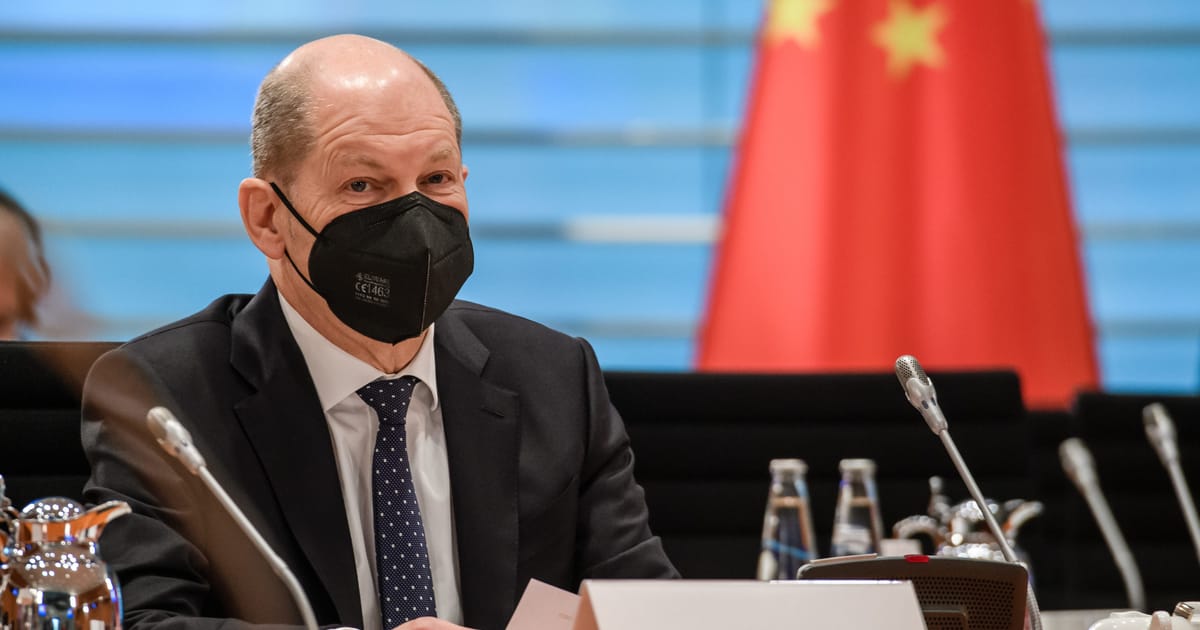 As Xi Jinping embarks on another five-year term, fears grow that Germany is repeating the mistake it made by getting too close to Russia.

It was early fall, 1959. A senior official from Mao’s China was leading a mission to Kyiv, then part of the Soviet Union. He inspected factories, learned about state planning, and took an afternoon boat trip on the Dnipro River with his 30-plus comrades. It’s nothing like the Ukraine his son has to deal with today.

Xi Zhongxun, father of the current Chinese President Xi Jinping, led the visit. As secretary-general of the State Council, the government arm of the Communist Party, Xi the senior spent a total of four days in what is now Ukraine’s capital. The trip also took him to Moscow and Prague, and apparently left a mark on the boy who would one day run the only powerful Communist Party left standing on earth.

“He would later tell Russian sinologists that, even though he was merely six at the time, he remembered how warmly his father spoke of his trip to the USSR and the many photos his father had taken," said Joseph Torigian, a scholar at American University who dug up old newspaper clippings about Xi’s trip in Moscow’s Lenin Library.

As Xi junior, now president-for-life, embarks on a landmark third term in office this week, Europe is gearing up for choppy waters ahead. From the race for tech supremacy to potential armed conflicts between Beijing and Washington, Europe has little cause to celebrate the dominance of China's most powerful leader since Mao.

Indeed, the mood has shifted so dramatically that European leaders last week raised the alarm over the strategic threat China poses to the West. Gone is whatever goodwill there used to be on climate collaboration or trade.

"Under the leadership of Xi, Europe’s relationship with China has deteriorated,” said Janka Oertel, Asia director at the European Council on Foreign Relations. "With Xi, China changed – not Europe. But Europeans are now adjusting to the new reality.”

In part, Europe’s awakening is a response to China’s brutal acts of domestic repression, its regional assertiveness and aggressive diplomacy. These have all alienated Western policymakers, Oertel said.

But more than anything, it is China's strategic alliance with Russia — amid Vladimir Putin's war in Ukraine — that has driven an urgent rethink in EU capitals. While Beijing has not provided Russia with military assistance, tacit economic and political support is clear.

One theory for Xi’s reluctance to condemn Putin over Ukraine is China’s own ambitions to bring Taiwan — a democratic island of 23 million — under Beijing’s direct control.

“Are we moving in a downward spiral?” Germany’s Ambassador to the EU Michael Clauss, formerly Berlin’s top envoy to Beijing, said last week. “Much will depend on China’s next steps especially when it comes to dealing with Russia and Taiwan.”

Xi's plans for Taiwan might have gone unnoticed had the man he once called his best friend, Putin, not woken up Europe with a brutal invasion of Ukraine. The sheer scale of the eight packages of EU sanctions on Russia saw an unimaginable level of near-total decoupling for Europe since the end of the Cold War, even if those measures pose a direct, negative impact on the European economy.

Xi keeps talking about peaceful reunification as a preferred option in his latest remarks on Taiwan, including during the Congress. In reality, the scope for peace is smaller than ever. 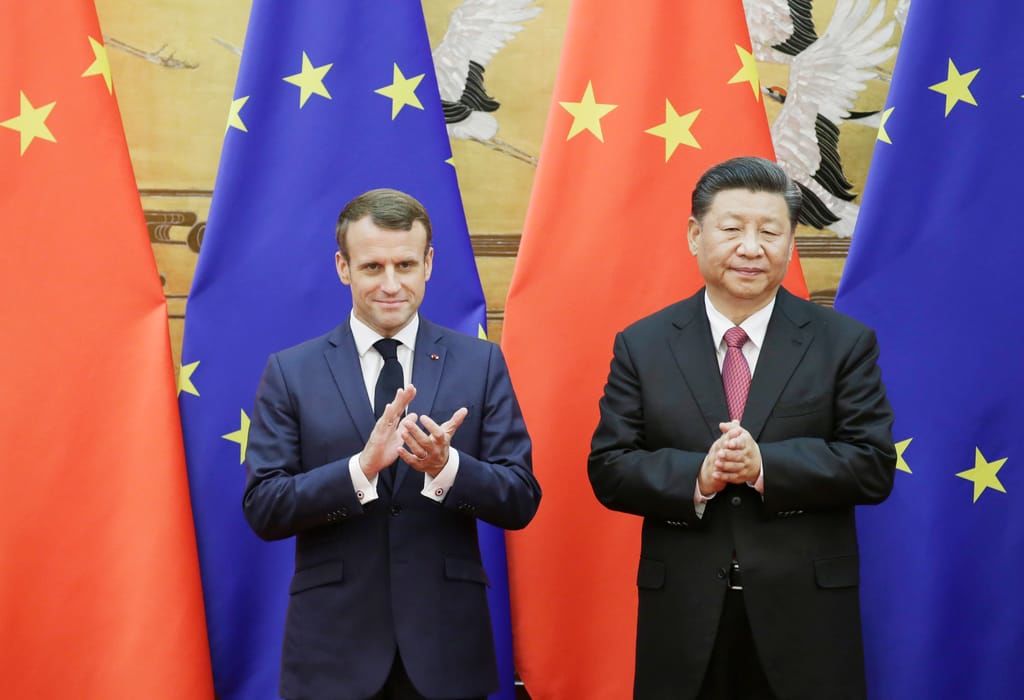 Beijing's military put on a fierce display of prowess in the wake of U.S. House Speaker Nancy Pelosi's visit to Taipei, launching ballistic missiles that flew over Taiwan's capital while carrying out live-fire exercises around the island in what felt like a rehearsal for a future invasion.

In boardrooms, international conferences and government meetings nowadays, Taiwan has become the inevitable question facing European businesses and policymakers. How soon will China wage a war? How will Europe react economically? What about all the businesses they have with the world's second largest economy? And how about the most advanced microchips they have predominantly sourced from Taiwan?

"I think that our failed European policy [on] Russia is making many of us in the room to rethink about our approach to China,” Lithuania's Foreign Minister Gabrielius Landsbergis told POLITICO, referring to the attitude among his fellow EU peers. "Fool me once, that’s on me. Fool me twice? That’s the other way.” Countries do not want to find themselves again regretting that they took an “authoritarian power for granted.”

In Brussels, officials are encouraging EU governments to pursue broader economic engagement with Taiwan. At the same time, the EU is also telling capitals to cut their dependency on the advanced semiconductors that Taiwan specialises in making. Nearly 90 percent of the most advanced chips Europe consumes come from Taiwan Semiconductor Manufacturing Company (TSMC).

As much as Brussels may wish for European unity in the face of turbulence with China, Berlin, at least, still prefers to do things its own way. Indeed, Xi’s instinct has been to turn to Germany when he needed Europe on his side. That was at least until Angela Merkel left her top job as chancellor.

Berlin’s current coalition is so far sending confusing messages on how it plans to handle relations with Xi. German Chancellor Olaf Scholz is planning a trip to China early November, bringing with him a business delegation just months after he used a trip to Japan to highlight the need for businesses to diversify away from Beijing.

He's also expected to overrule six of his ministries to approve a contentious deal by China's state-run shipping giant to acquire a minority share of one of the ports in Hamburg, where he used to be a mayor.

Scholz’s approach has raised eyebrows in Brussels, where last week he flatly told his EU counterparts there should be no “decoupling” from Beijing.

It’s not a view universally held in Berlin, after the Ukraine war exposed the folly of relying on energy links with Putin's Russia.

In a recent interview with Süddeutsche Zeitung, Scholz’s coalition partner, Foreign Minister Annalena Baerbock attacked businesses for building up their dependency on China. “Complete economic dependence based on the principle of hope makes us politically blackmailable,” she said.

“The task of a responsible economy — and even more so of politics — is not to allow us to get back into a situation where in a few years’ time, [we] have to save the chemical and auto companies with billions in taxes, because they have made themselves dependent on the Chinese market, for better or worse.”

In private, she is equally straightforward. During one of her earlier conversations with Chinese Foreign Minister Wang Yi, he was praising how popular the Chinese president was, citing opinion polls. It’s a tactic he’d been using for years, in a way to belittle the “less” popular leaders in Western democracies. Most listeners usually smiled politely but Baerbock hit back.

According to "No Limits", an upcoming book by Andrew Small, Baerbock replied that her constituency in East Germany used to return similar numbers back in its Soviet days. Xi’s father would no doubt have agreed.