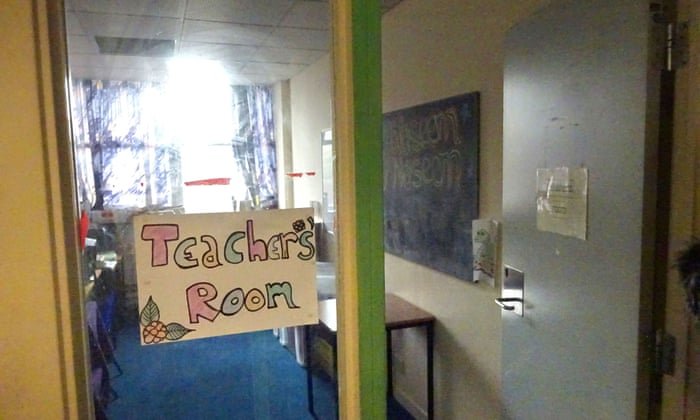 Inspectors to trial use in England in effort to shut down more unregistered venues
Ofsted inspectors raiding suspected illegal schools in England are to be given body-worn cameras for the first time to improve efforts to shut them down, the watchdog has announced.

The taskforce was set up to investigate groups operating without registering as a school, which may not be following safeguarding or child protection regulations, and lack oversight of teaching and facilities.

Ofsted said it had no plans for its inspectors to use the body cameras during visits to registered state or independent schools.

An updated handbook for inspections of unregistered schools, issued to Ofsted staff this week, said that from February, “inspectors will also record footage of the inspection using body-worn video cameras” as part of a pilot.

“They will use these to record footage for the purpose of gathering evidence during inspections. Inspectors will inform individuals that they encounter that they are using body-worn video cameras,” the guidance says.

Amanda Spielman, the chief inspector of schools in England, recently said the laws against unregistered schools were not strong enough. She said she was shocked to find that “unwitting” local authorities were paying for pupils to attend some of the schools without checking if they were registered.

“Our taskforce has now provided the evidence for three sets of convictions of illegal schools and their operators. But there is nothing to stop a convicted operator from continuing to run their school,” Spielman said at the launch of Ofsted’s annual report.

“Ironically, the laws designed to close a legal school don’t apply to one that operates outside the law. This is a loophole that has to be closed.

Despite the issue first being raised by Spielman’s predecessor in 2015, the legal response has been sluggish. The first successful prosecution took place in 2018 after a venue in Southall, west London, was found to be operating as an unregistered school.

Last year a further prosecution was obtained involving a school in Streatham, south London, that charged parents more than £5,000 a year. The couple running it were fined £1,100, with one required to perform 120 hours of community service.

Sean Harford, Ofsted’s national director of education, complained that the prosecuted schools had reopened shortly afterwards, and that others were prepared for Ofsted’s surprise visits.

“I’ve been out on one of these inspections relatively recently, and some of these places have a drill. You knock on the door and they say: ‘I need to speak to my lawyer before you enter the premises,’” Harford told a conference.
Add Comment