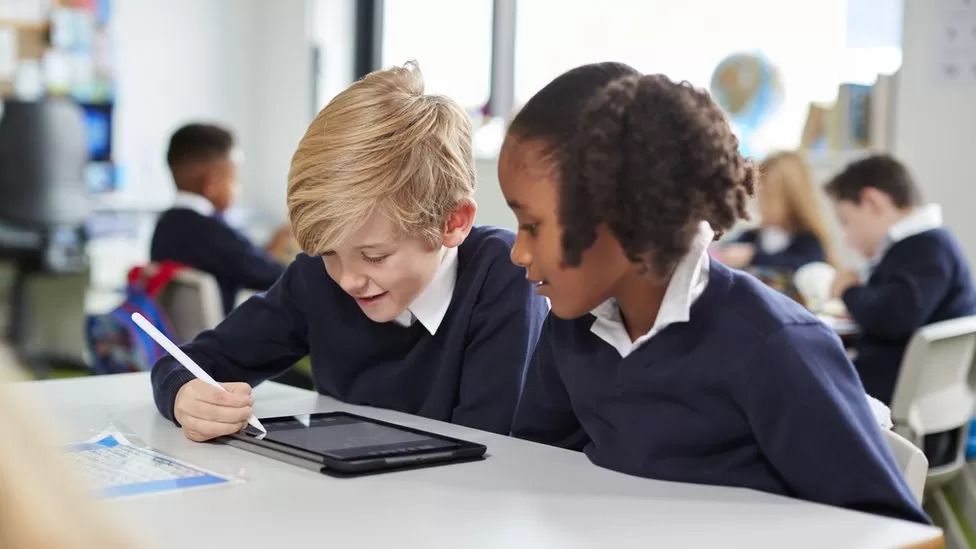 Most of the outstanding schools in England inspected last year have been downgraded, according to a report from the schools watchdog.

Some of them had not been looked at for 15 years and many would have experienced "significant change" such as new head teachers, Ofsted said.

The Department for Education said most schools remained good or outstanding.

Between 2012 and 2020, schools judged outstanding were revisited only if specific concerns were raised.

Ofsted said 80% of outstanding schools it had revisited last year had been downgraded - 308 primary and secondary schools.

Most were bumped down to good - but 17% were told they needed improvement and 4% were inadequate.

David, a father from Middlesex who asked the BBC to use his first name only, said his son's secondary school was among those that had been downgraded.

He said the school was marked down for "trivial" things, such as selling Design and Technology equipment because of a lack of uptake in the subject - whereas academic attainment remained strong.

It made him question whether Ofsted's grading methods were "fit for purpose".

Ofsted said it had prioritised schools that had gone the longest without inspection, when it had been deciding which schools to look at last year.

On average, the schools it visited had not been inspected for 13 years - but some had gone as long as 15 without an inspection.

Speaking on BBC Radio 4's Today programme, Ms Spielman said: "These are the schools that have gone longest without being inspected, so are probably slightly more likely not to remain outstanding."

She said it was important for parents to understand that most of the schools have remained "good", but said it was "concerning that quite a significant number have been marked as needing improvement".

There was no target for the number of outstanding schools, she said.

Asked later by MPs whether there had been too many outstanding ratings previously, Ms Spielman said: "The numbers had got very high, uncomfortably high." And the old system of inspections "perhaps looked more to process than substance".

"Far from demonstrating the value of Ofsted, this report shows that the inspectorate makes no material positive difference to schools," he said.

He said Ofsted was "driving good teachers away" and "punitive and ill-informed inspection" slowing down improvements.

The Institute for Fiscal Studies said an increase in funding for the next two years, in last week's Autumn Statement, would only return real-terms per pupil spending to its 2010 level.

A Department for Education spokesman said the government had "rapidly improved school standards, thanks to the tireless efforts of school leaders".

Ofsted aimed to inspect every school by the summer of 2025, the spokesman added.

During Ofsted visits, inspectors observe lessons and talk to staff and pupils.