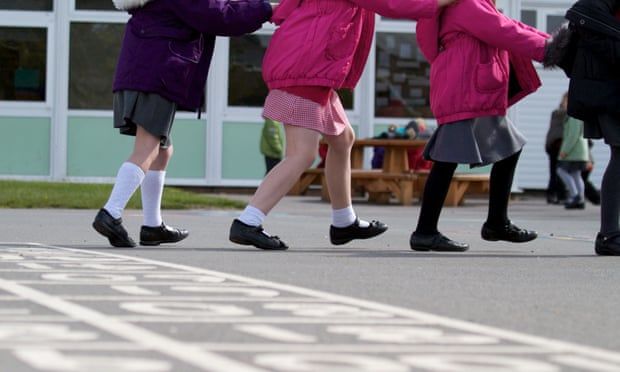 Amanda Spielman was responding to MPs’ questions following reports that some primary schools are encouraging girls as young as four to wear shorts as an undergarment so they don’t show their underwear when they do cartwheels and handstands in the playground.

There is also an increasing trend in secondary schools for girls to wear shorts under their skirts or summer dresses to prevent “upskirting” – now a criminal offence – where photos are taken under someone’s clothing without them knowing, either for sexual gratification or to cause upset.

Spielman was being questioned on Tuesday by MPs on the cross-party education committee about the inspectorate’s safeguarding record after the publication last week of Ofsted’s review of sexual misconduct in schools.

The inspectorate was asked to conduct a rapid review after thousands of harrowing testimonies detailing sexual abuse and misconduct in schools were posted on the Everyone’s Invited website earlier this year.

Asked about reports of so-called “modesty” shorts, Spielman warned against leaping to conclusions based on media stories but added: “I think it’s really important we don’t slide into a national culture that’s essentially victim-blaming.”

She went on: “In a primary school, I would very much hope we can find solutions in addressing any cultural problems that could be making girls feel uncomfortable doing normal things that every child should be doing in the playground, doing somersaults or cartwheels or what have you.”

In an evidence session lasting two and a half hours, Spielman raised some eyebrows when she appeared to suggest that boys sending nude pictures of themselves to girls should not be treated as a safeguarding issue for schools.

Asked by the Labour MP Ian Mearns when is an allegation of sexual harassment involving a child not a safeguarding issue, the chief inspector said she had been talking to a group of girls who had recently left school and all but one had received such pictures.

“Most of the girls laughed that off,” said Spielman. “They would not want to be pulled into safeguarding procedures by reason of being sent a photograph that they think is simply contemptible.”

Questioned again by Mearns on whether it was not a safeguarding issue for the boy who sent the picture, Spielman said: “In sexual misconduct of every kind, there’s a spectrum from the truly evil and appalling at one extreme, all the way down to things which are essentially clumsy explorations of emerging adolescent sexuality.”

Spielman also defended Ofsted following criticism from Conservative MP Maria Miller in the Guardian, who accused the inspectorate of a “massive safeguarding failure” after its own report showed that sexual harassment and abuse was so commonplace in children’s lives they did not bother to report it.

Miller was chair of the women and equalities select committee five years ago when it published a landmark report that exposed for the first time the scale of sexual harassment, abuse and violence in England’s schools. She said Ofsted should have done more to protect girls from the sexual misconduct since then.

Spielman said she had taken up her role three months after the committee published its report, and Ofsted was already considering how to include a requirement on reporting sexual harassment and violence in its framework.

“We did an immense amount first to make sure it was built into the framework and secondly to ensure what is as important as having words in the framework, having inspectors fully trained and prepared, and the sector understanding what is going to be discussed at inspection.” It was a surprise to many, she said, that only 6% of schools had reported any allegations.
Add Comment